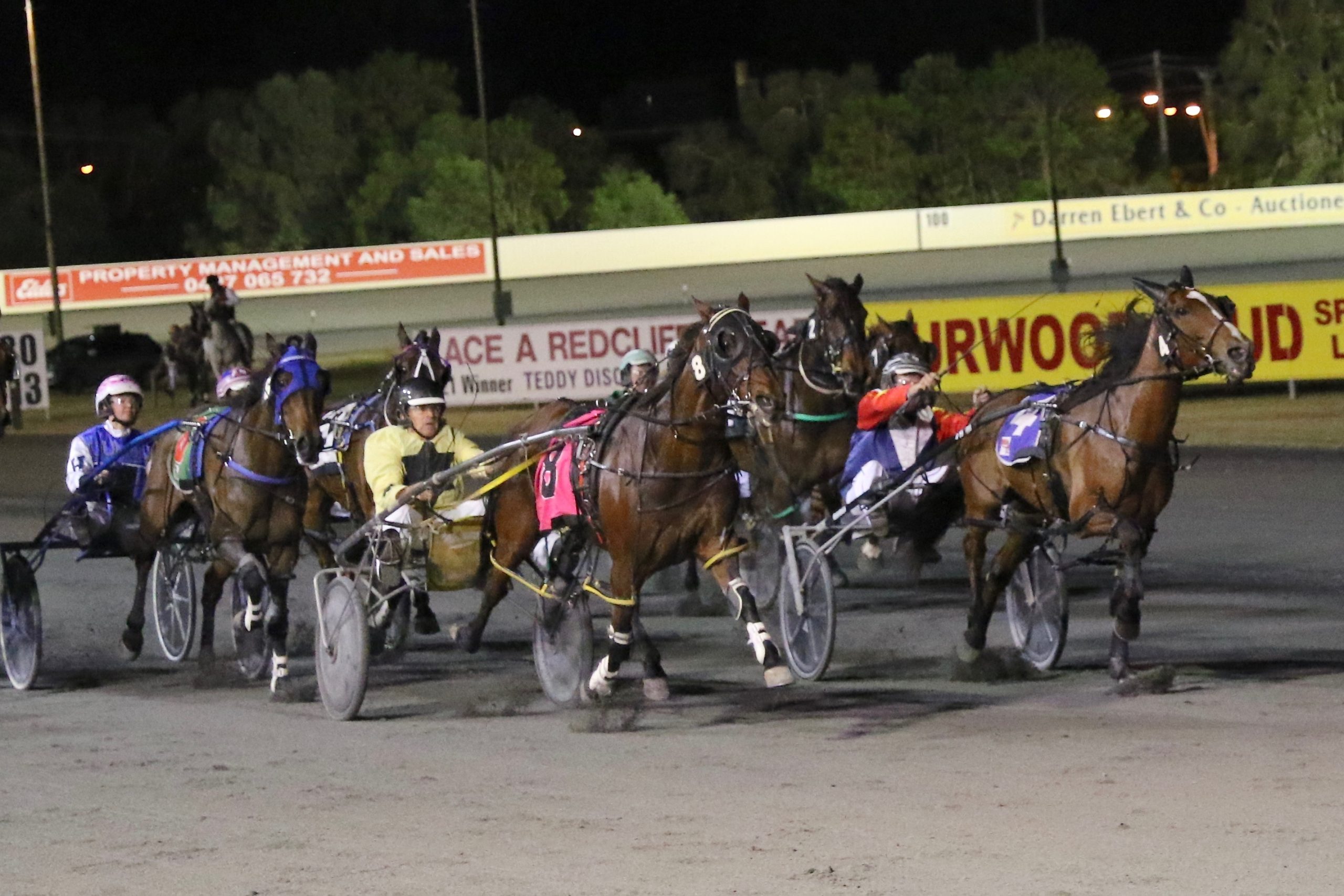 He thrives on being in work, he is a menace to put a shoe on and he just loves going around at Redcliffe.

The tale of evergreen 15-year-old pacer Weasel is one of perseverance, determination and longevity – for the standardbred himself – as well as his owner and trainer John Kerr.

The son of Mach Three Ca is charging towards the elusive 400 start milestone and after going to 388 this week – it could only be a few months away.

Weasel already holds the record for most starts around “The Triangle”, which he claimed at 250 early in 2021, and continues to add to every time he goes around.

When he did take over the milestone for most starts at Redcliffe, Weasel surpassed Viking Jack, who was bred on Kerr’s property.

The 67-year-old Kerr is not too fussed about records, not specifically looking forward to getting to 400, he is just happy he has a healthy pacer to work most mornings.

“He loves it, he has not missed a bit of feed in the seven years I have had him,” Kerr said.

“He never leaves feed, he thrives on work and if you give him a day off – you will think you have an unbroken yearling colt carrying on, he is up on the bit and steel, he is bucking and kicking. 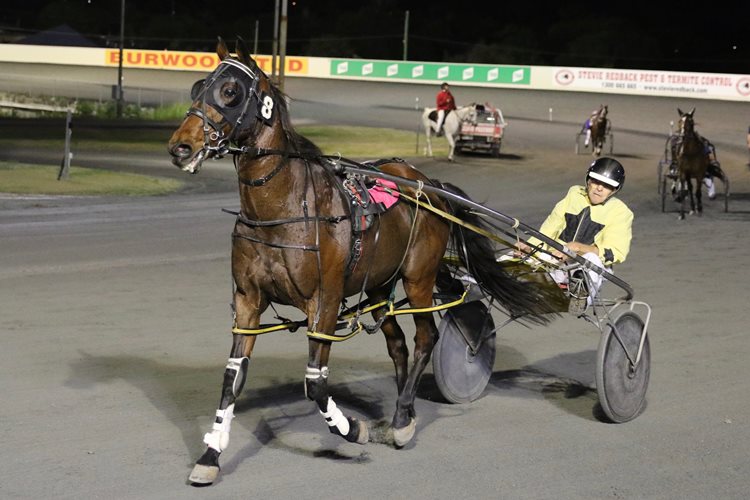 “He doesn’t get many days off because he becomes a handful when you do. He is one of those horses.”

As a driver, trainer, owner and everything else in between, Kerr has had his endless battles over the years getting shoes on his veteran pacer.

He describes it as a work of art and a mental game as the gelding just “gives it to him”.

“He is the worst horse I have ever shoe’d in my entire life,” Kerr said.

“I actually have to play the song from Rocky to get myself pumped up to go and shoe him.

“It is like wrestling a crocodile, he never gets any better, he just doesn’t know how to stay still.

“There is a trick to doing him but he is always a handful.

“I can shoe other horses and I do not raise a sweat but after I do him, I need to go have a sit down.”

It all must be worth it for the Caboolture-based horseman as he keeps fronting up day after day to tend to his marvel of the Redcliffe track.

With a name like Weasel, whoever named him all those years ago must have known what kind of attitude he had.

“He is an aggressive horse,” Kerr said.

The stalwart pacer made his return to the Peninsula track on Thursday afternoon of this week, his first start as a 15-year-old, and his first go around for the year after having a short freshen up following the Christmas and New Year period.

Kerr has driven the veteran pacer in the majority of assignments in recent years but Mathew Neilson has been in the sulky in his last two efforts.

He finished a touch over 20 metres behind the winner – Johnrod – but as Neilson reported back to the trainer post-race, the New Zealand-bred pacer hit the line strongly but just got too far back in his return.

“He should win another race soon,” Kerr said

“With the right race and a couple more runs under him, he will be winning again soon.”

Kerr trains a few standardbreds as a hobby these days. 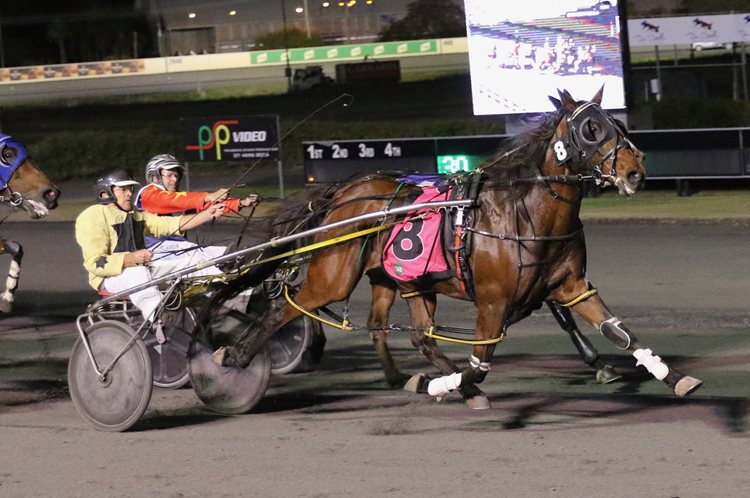 Weasel’s path to Kerr was a long and winding one – going through the barn of more than a handful of trainers in New Zealand and two states in Australia before ending up where he resides now.

As Kerr recalls, he was a “give away” with more than 100 starts on his resume when he first was acquired to his stable and while his outlay to purchase Weasel was nothing, he has gone on to win almost $100,000 in stakes in the seven years he has had him.

It is rare to see a pacer race until 15 years of age, with two examples of horses going up to 16 – Maker Fuse and Shantahlia Image.

Weasel might just join them in the near future as Kerr does not have any plans to slow down his old mate.

“He does not look like finishing any time soon, he is as sound as a bell,” he said.

“People will often come up to me and ask when I am going to retire him and I always say, “I will retire him when you retire the ones that he beats home”.

“He went through a stage about three years ago when he had a few little issues but he has been right since, good as gold.

“He has a remarkable constitution for healing, I have never had a horse like him from that perspective before.”

At 388 career starts, Weasel is edging closer to horses such as Destreos, Lancelot Bromac, Mister Skye Rocket, Im Born To Rule and recent Hall of Fame Inductee Cane Smoke in the 400 club.

As it stands now, he is in the top 10 for the most starts ever with many more to come.

He is nominated up on the Peninsula for racing this coming Wednesday, needing a dozen more starts to bring up the 400 milestone.

And, for the record, Weasel’s last win was in October of last year, which was his 28th across his extensive racing journey.