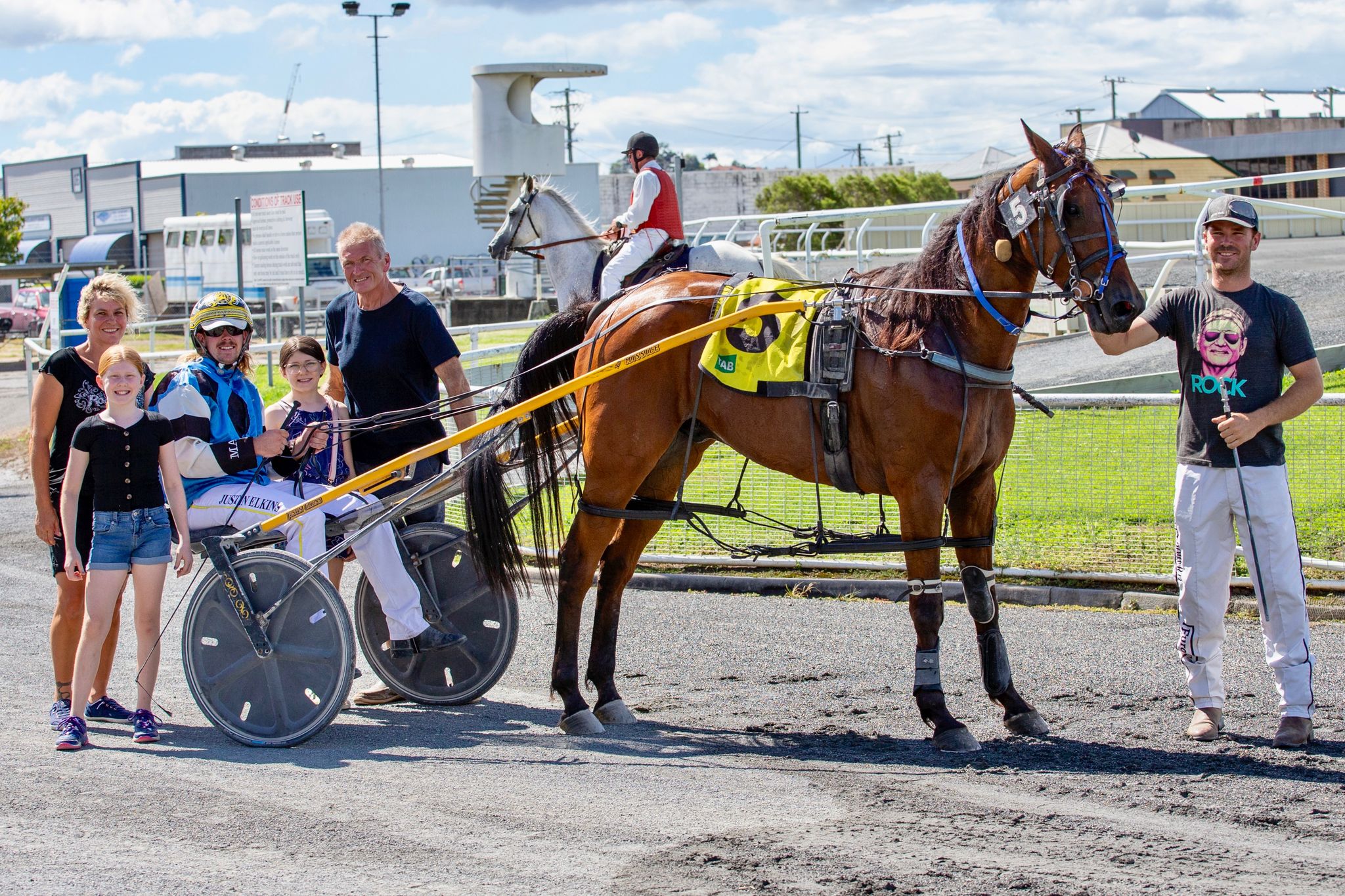 For those that knew harness trainer Mal Charlton well, they would often use phrases such as “genuine person, great family man and a lover of horses” when they spoke about him.

After a year-long battle with oesophageal cancer, the popular Queensland horseman passed away on Monday morning at 58 years of age.

While his health had deteriorated in recent months and was in obvious pain, Charlton never gave up his beloved horses and trained two winners in the week before his death.

He has also qualified a trotter for the time-honoured Group 3 Jim McNeil Memorial Trotting Championship Final, which is set to be run in the coming weeks.

In the sulky for Charlton’s two last winners was Steven Doherty, who, while he was the stable’s main driver, was also a long-time friend of the trainer’s away from the race track.

“Mal was one of those guys that would go out of his way to help people when they were in trouble,” Doherty said.

“It did not matter if it was family or friends, you could always call Mal and he would always help.”

The 36-year-old Doherty first crossed paths with Charlton in his younger days as a reinsman, picking up a drive or two here or there for the stable, as well as shoeing his horses, before their relationship progressed over the years.

Doherty thinks the pair got on so well as they were honest with each other, in their own performances when it came to the horses and through that, they were bonded forever. 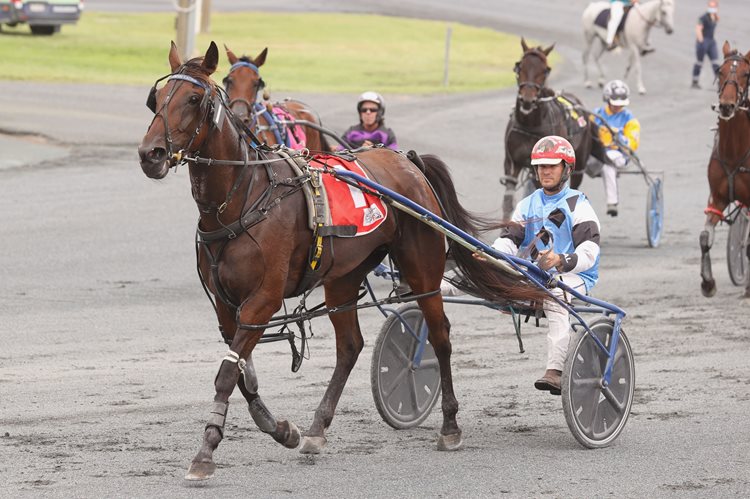 The driver was around Charlton in the days before his passing, the team kept the horses ticking along to keep Charlton busy for as long as he could despite his health battles.

Rock With Zara was the partnership’s last victory at Redcliffe on Thursday afternoon just days before Jansson got the money at Albion Park, giving Charlton two triumphs in the days before his death.

While Charlton had been in and out of hospital in his last few weeks, he did not miss his pacers or trotters going around and the two victories brought a smile to his face in the trying times.

“We knew it was coming, the doctors did not know how long he did have left,” Doherty said.

“He was not well in the last few days to week.

“He watched the races and he was very happy to see them both win – both those horses were other people’s cast-offs as well.

“Rock with Zara won both her bonuses with her wins and Jansson, I think was his 12th win for him.”

Doherty was beside Charlton in his last days, as was life-long friend Russell Booth.

Booth and Charlton grew up as family friends in the Bathurst region of NSW and spent the best part of a decade together in the sheering shed.

Booth describes his close mate as a powerfully strong man, a good footballer and tennis player, but also someone who developed a loving family with wife Toni.

“I am 66 years old and I have met an incredible amount of people in my life and Mal Charlton was a stand out lovely bloke,” Booth said.

“He was a genuine person, a great family man and loved his trotters.

“He was a very talented and kind man.

“He was nearly the perfect bloody human being.” 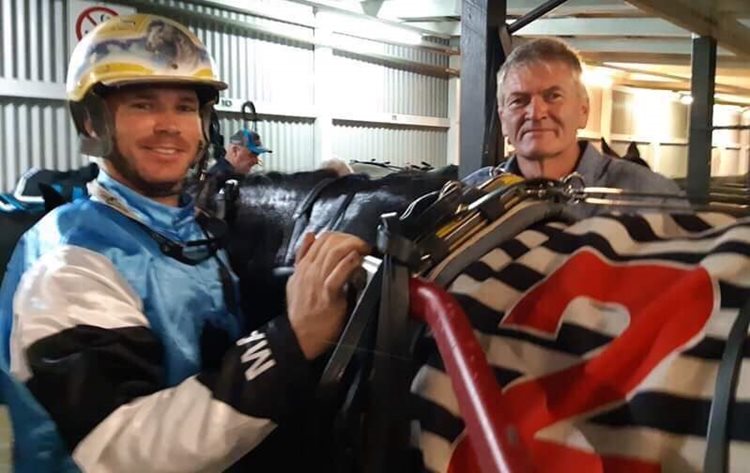 Booth says his long-time friend was a mentor to people as many respected and liked him.

Married to wife Toni, the Charlton’s had three children – Sara, Luke and Kristen – as well as a handful of grandchildren that they cherished their time with in recent years.

Charlton trained his horses in the Pimpama area and was the proprietor of Nerang Stockfeed alongside Toni.

Gelding Jansson was a winner on Tuesday afternoon at Albion Park before backing up a few days later to run in the heats of the Group 3 Jim McNeil Memorial Trotting Championship.

He finished sixth in Friday’s heat, good enough to land him in the Final, which was set to be run this Saturday night but officials are weighing up options when to run the Final, which is dependent on the availability of Albion Park.

Jansson will race in Charlton’s honour when the Final is eventually contested, and while Doherty thinks the nine-year-old may be outclassed in the Group 3 event, as long as he runs an honest race, Charlton will be proud.

“He knew Jansson had made the Final of that and hopefully now he can go around and run a respectable race,” Doherty said. 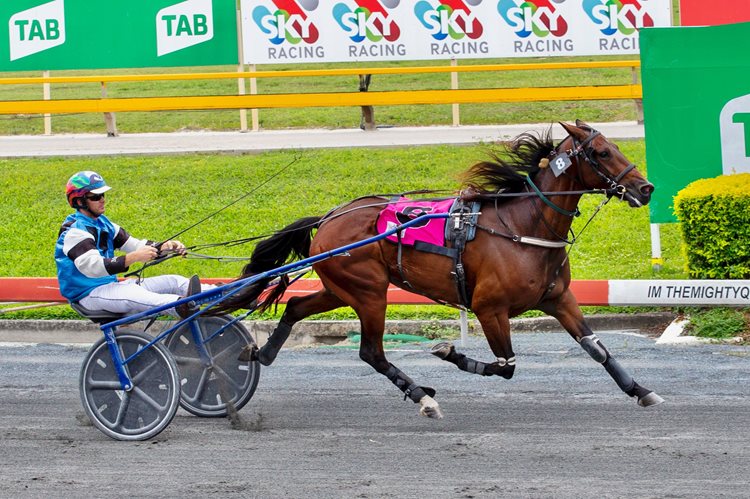 “It would be great if he could go close in the Final but we are realistic, he is probably not up to that grade of race but Mal was always one to be happy to make a big race final, he would be proud of that.

“Just as long as they ran a respectable race, he was glad.”

His first starter as a trainer was on June 15, 2006, which was Tumulla Boy, who finished third and not long after the same horse also provided Charlton his first winner with his sixth starter on July 4 the same year.

Reflecting on the horses they had over the years, Doherty rated Tumulla Boy as one of his best.

Charlton had quite a few winners at Metropolitan level, including Tumulla Boy, Cynical View, Ole Sun, Ali Downunder, Jacks At The Beach, Jerosh and Balducci.

He won the Knights and Dames Final at Redcliffe with Specialandiknowit in June as well as claiming a QBRED Triad Consolation with Ali Downunder in April, 2019.

Charlton also prepared a number of handy trotters such as Steves Star, Ole Sun, Galaxy Hunter, Chevals Racer and Mistakes Were Made.

When remembering his close mate, Doherty is emotional about the fact that he was coming into his own as a trainer in recent years and arguably his greatest triumphs were ahead of him, if he had not been cut down by cancer.

“With the horses, he just had a knack of getting the mad ones and just taking his time with them, being patient,” Doherty said.

“That was his biggest success as a trainer with everyone’s rejects.

“That was probably one of the saddest parts of his passing was that his greatest success as a trainer has come in the last few years.

“He really developed into a trainer, he worked his track and feed out and has a couple of broodmares who are in foal – that was his greatest chance to get a good horse.”

Doherty made special mention of Donna Dalton – a stable hand and owner for the Charlton team – who has worked the horses in recent months while Charlton battled his illness.

“If it was not for Donna, a lot of the horses would have stopped six months ago,” he said. 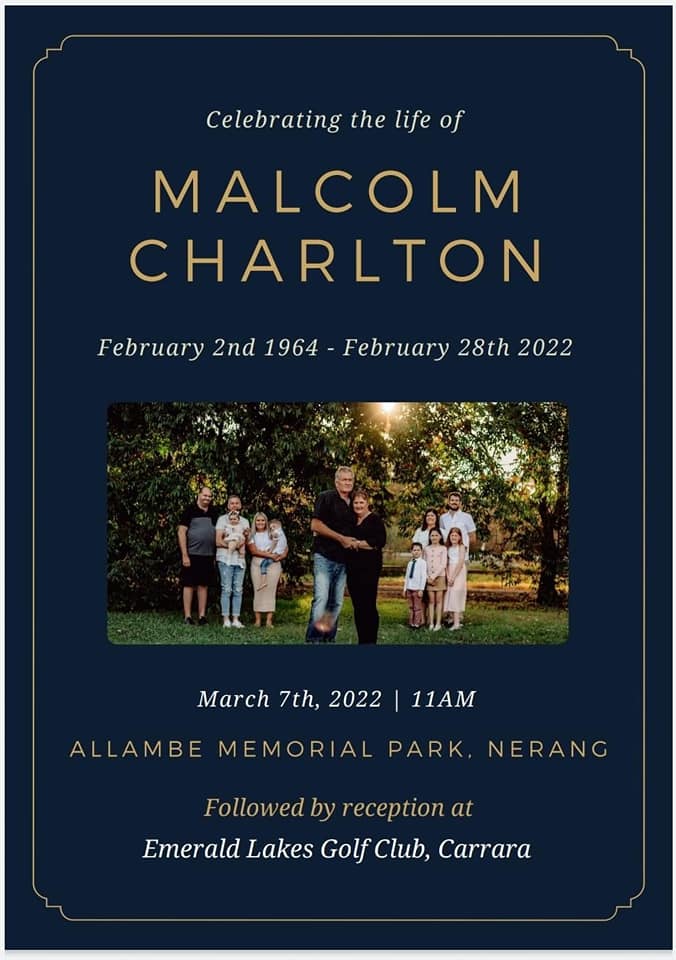