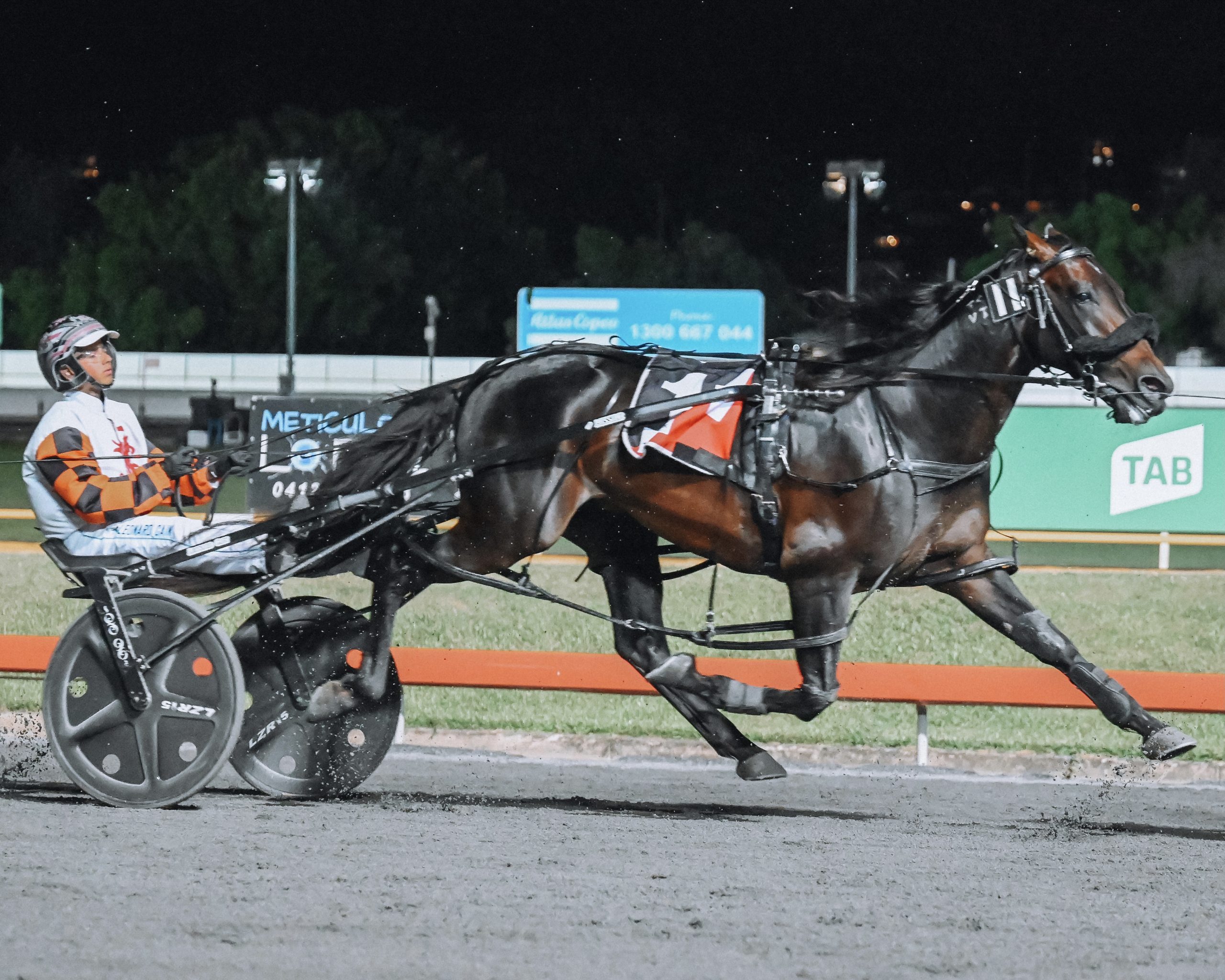 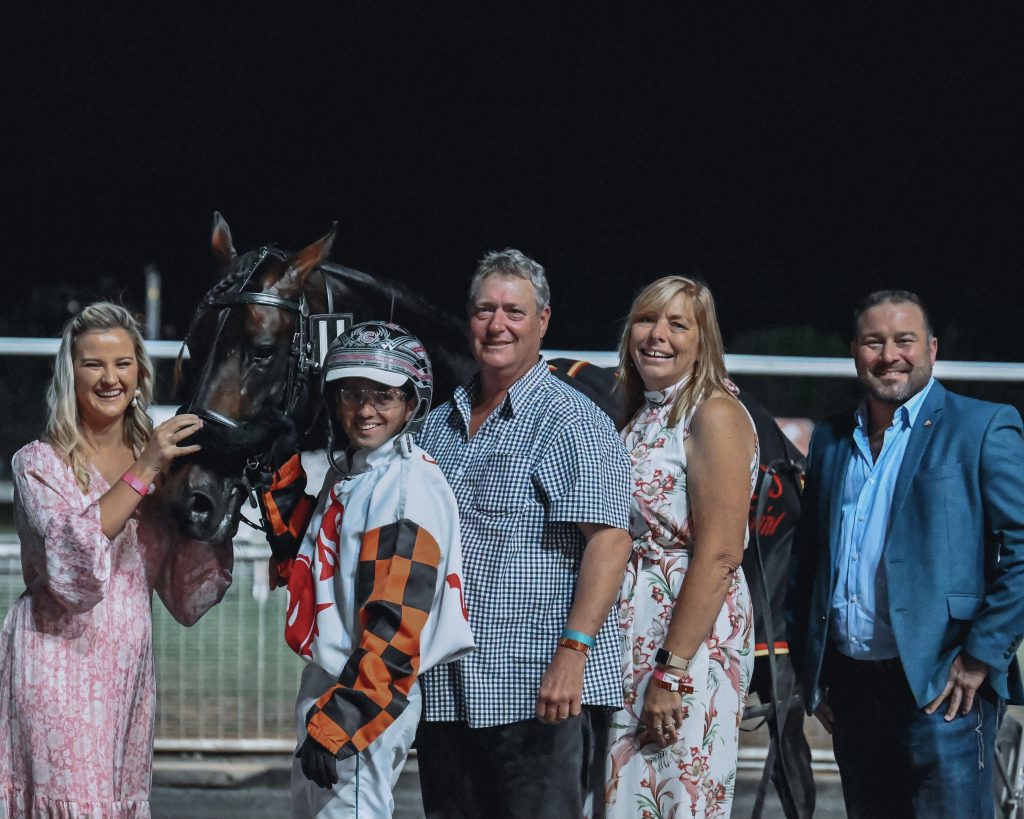 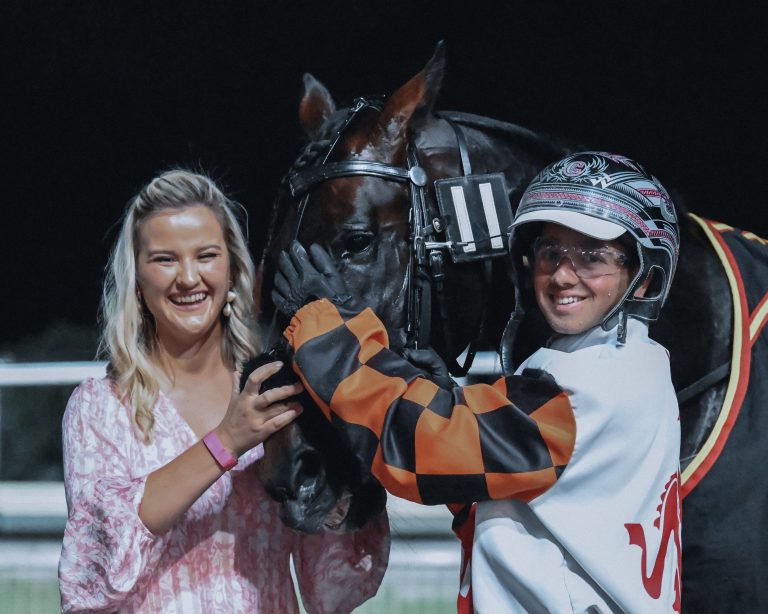 The 22-year-old sat behind the Peter Hanson-trained gelding in two of his recent triumphs in Brisbane and was blown away by the way he performed.

The young reinsman picked up one of his best career wins yet on the in-form pacer, the 2021 Garrards Be Good Johnny Sprint at Group 3 level earlier this month.

“He is the ultimate professional race horse and it was a privilege to get to drive him,” Cain said.

“He has that quick speed; he is versatile and is a perfect race horse to be honest.

“He does not really need that luck in running, he makes his own luck.

“He is just one of those horses that can go to the next level.”

The exciting pacer was in the Sunshine State for parts of the 2021 TAB Queensland Constellations – going around in the first ever Group 1 The Rising Sun – but he came into his own following that period of the year.

He has not been outside the money in his last nine efforts in Queensland – which has yielded six wins – with two being at Group level, the Be Good Johnny Sprint and the Queensland Cup.

He was dominant across the back end of 2021, winning twice by over 19 metres in outstanding performances.

“When he was in Sydney and when he was here in the early stages of this year, he was more sort of sit and sprint initially,” Cain, who has been working at Jack Butler’s stable in recent weeks, said.

“Once they started driving him a bit more tough, it proved that he could do it and it opened everyone’s eyes to the fact that he did not need to sit up and get those cheap trips, he could do a bit of the bullying himself.

“He definitely came a long way. In Sydney, he was running around against the best ones each week and he was on the back burner a little I suppose, he just was not in the limelight.

“It helped a coming up here as he spent time in the paddock, he flourished on that because I don’t think he got that opportunity in Sydney.” 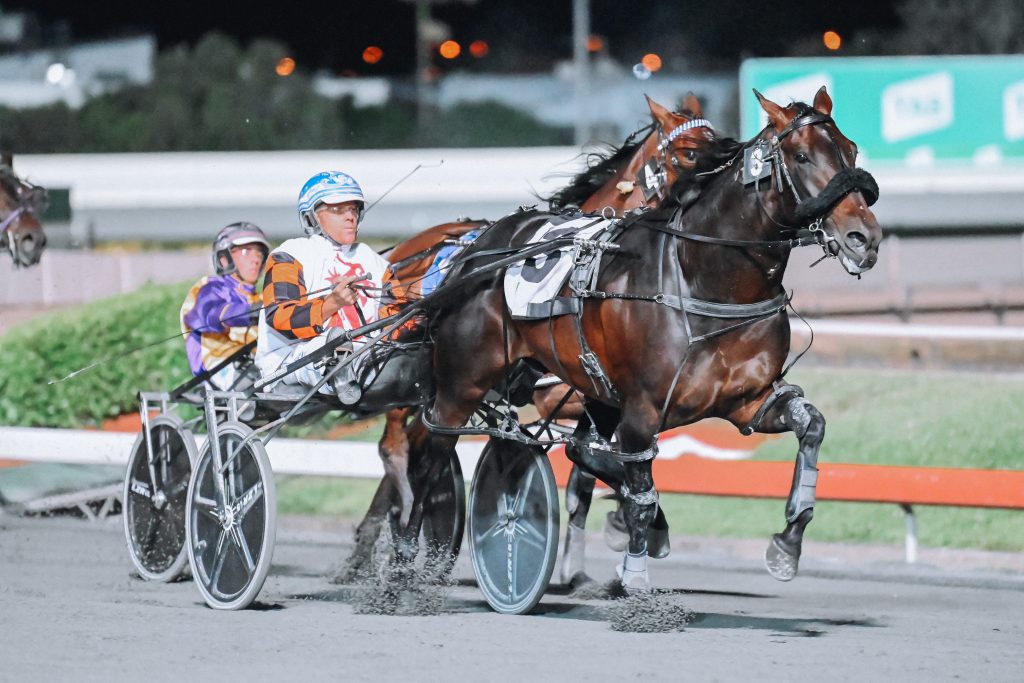 Trainer Hanson, who houses his horses at his Bankstown stables, earlier this month said the Queensland summer stand out had improved out of sight.

“The ingredients have always been there since Scott McDonald (owner) bought him from NZ, but he’s needed some time to mature. The big difference is how strong he is now.”

Drawn on the second row for the second qualifying heat on Saturday night, Cain thinks Mach Da Vinci is a big chance over the 2400-metre trip.

“From his form up here and the way he is racing, he certainly deserves to be there and have his chance in the race,” Cain said.

“He has proved in the last few runs up here, more so than anything, he deserves a chance.

“He will give them a shake if he can get the right kind of trip.

“He will need a little bit of luck.”

Also at Menangle on Saturday evening, Red Castleton will be flying the flag for the Sunshine State as the only Queensland-trained runner, coming from the yard of Trent Lethaby.

“We got him from New Zealand and he was only cheap and he has been a pretty good buy for us,” Lethaby said recently of his trotter.

“He is a perfect little race horse really, when he is driven quietly, he is never far away.”

Red Castleton has drawn the back row in a trotting championship heat on Saturday night.

The trotting and pacing championship heats will feature an abundance of recent Queensland visitors, including Our Uncle Sam, Majestic Cruiser, Make Mine Memphis and Humble Ladd, among others.

After this weekend the series heads to Bathurst and Newcastle before the Grand Finals at Menangle on December 11.