Emerging horseman Jack Trainor is the man with the mares in Queensland for the TAB Constellations carnival.

Making the journey north for the first time in his young career as a harness trainer, he comes up with Town Echo and B K Swy.

While he has a larger team at home in NSW – where he is having an excellent season – he feels the two mares are the only two suitable for higher honours in the middle of 2022.

The 28-year-old is in red hot form in the sulky after he collected a treble at Menangle on Tuesday, driving for other trainers.

“On paper, it looks like Maajida, the favourite, has drawn really well and if my other one does not get a run, she comes out of one,” Trainor said.

“She is definitely the class mare in it so I think we might be running for a place with Town Echo but we are just happy to be a part of it.” 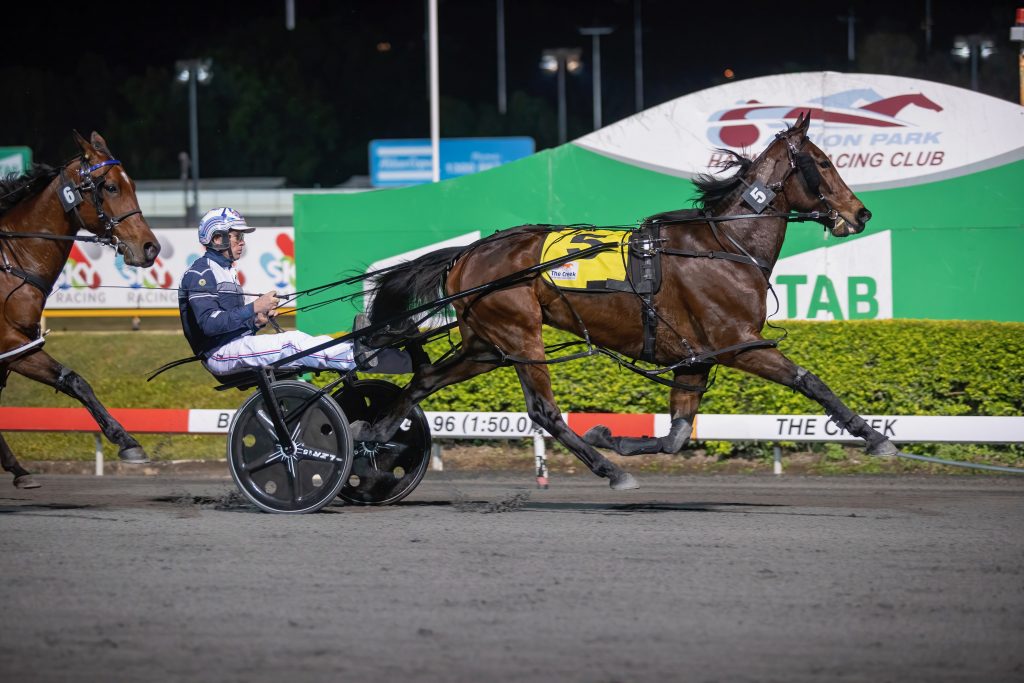 The Trainor duo is set to progress through to another mares race on Blacks A Fake night next week, which, he says made the trip worthwhile, that there was a trio of mare’s races across consecutive weeks.

“The only two of mine that were suitable to come were the mares,” he said.

He will drive Town Echo in the 1660-metre feature, where the 11-time career winner is rated a $34 chance by the TAB to claim the Group 1 prize.

While in the Sunshine State, Trainor has also picked up three drives for fellow NSW-based trainer Jason Grimson.

He has I Cast No Shadow in the Group 1 Sunshine Sprint, Sugar Apple in the South East Derby, as well as Cruz Bromac in an open-class pace.

“He is doing a really good job as trainer,” Grimson said.

“He is a great asset to have on my horses, as well, when he is driving.”

Trainor is ranked fourth on the NSW metropolitan trainers premiership so far this campaign, while being third in the drivers’ category.

He is enjoying his first northern sojourn in 2022.

“I have never been a part of the Queensland carnival before this year, so over the years it was always something I hoped to be involved with,” Trainor said.

“With the prize money increases this year, the fields on Saturday nights are unreal, with really good quality horses.

“It gives you something to strive to be involved with being a trainer at a young age.”