With a questionable attitude and his parents’ names referring to quick-witted comments, the moniker for Bradley Forge’s new gelding just made sense to be “Akermanis”.

The 52-year-old Forge owns and prepares the three-year-old gelding, who is just making his way in the harness game, grabbing his first win after three attempts on Wednesday evening at Redcliffe.

The Brisbane Lions fan always liked the champion small forward and midfielder with a big mouth and when he purchased the youngster from the APG Sales in Melbourne, he quickly realised what he would name him.

Akermanis’ sire is “Well Said” with his dam “Swift Retort”.

Those were characteristics that the Brownlow Medallist was renowned for across his sparkling career with the Lions and Western Bulldogs.

“He has got a bad attitude and with his breeding, it all went towards being Akermanis,” the trainer said on Thursday morning following his maiden triumph.

“He has been a bit immature and loose in the head, he is wild and out there.” 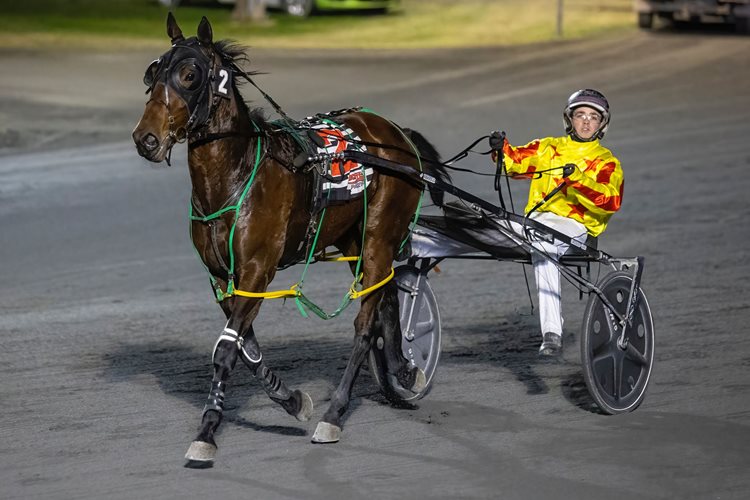 The 45-year-old Akermanis is now selling real estate in Brisbane and while he was not aware of the pacer named in his honour before Thursday morning, he was chuffed to hear about Forge’s decision.

“I did not know about the horse until I woke up on Thursday morning when a mate of mine messaged me to say he had some money on the horse and he won at $15, which he was happy with,” the former Brisbane Lion said.

“There is not too many trotters named after me, there has been greyhounds and there was a galloper with Aker in their name, as well.

“That was cool to see this one that they have named this horse after me.”

The footy fan – Forge – was glad to be informed that the great “Aker” appreciated his decision.

“I did follow the Lions back in the old days when he was playing and I still follow them now,” Forge said.

While it was a memorable victory in the burgeoning career of the young gelding – being his first – it was also a key milestone for his trainer.

The respected Forge is well-known in harness circles for being a master farrier and through his work with horse shoes, he has not been training as much in recent years.

The win on Wednesday was his first as a trainer since late December of 2008.

While that does sound like a long time, Forge was not actively preparing horses weekly since that last victory, he let his licence lapse as he focussed his attention on his farrier work in Queensland and Victoria.

In the years since the 2008 triumph, he has had just over 100 starters in his own name.

“I have decided to cut back on the shoeing and have another play with the horses,” he said. 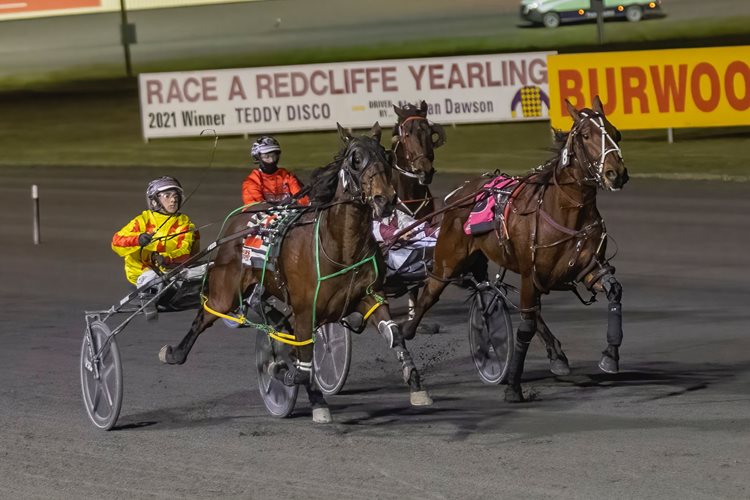 Through Forge’s farrier background, that was the reason he decided to take on the gelding that would become “Aker”.

He was passed in at the APG sales in Melbourne and Forge declared his interest if he was not sold.

He eventually picked him up, where he was sent to a friend’s property to be broken in, before coming to the Sunshine State where his new owner-trainer could work on his perceived issue.

“I shoe horses that have concerns with their knees and feet and I have a knack with it,” he says.

“Akermanis actually has two club feet and everyone shied away from him because of it, but I said I was not frightened and I would fix it.”

The long-time industry participant was born into the farrier game with past generations of his family also being involved in the craft.

It can be a dangerous gig at times, with Forge revealing he is lucky to be alive after he was crushed badly by a horse in 2017.

Following his maiden win over 1780 metres at Redcliffe under the guidance of driver Leonard Cain, Akermanis is likely to have a week off before finding a suitable race to add to his resume.

The first victory of his career was delayed a few months following the floods, with Forge’s property too wet to work horses so he was sent to the paddock.

“He still raced a bit erratic and was still a bit green but he punched the line well at the finish,” he said.

“He has always been a good, gaited horse and everything.”