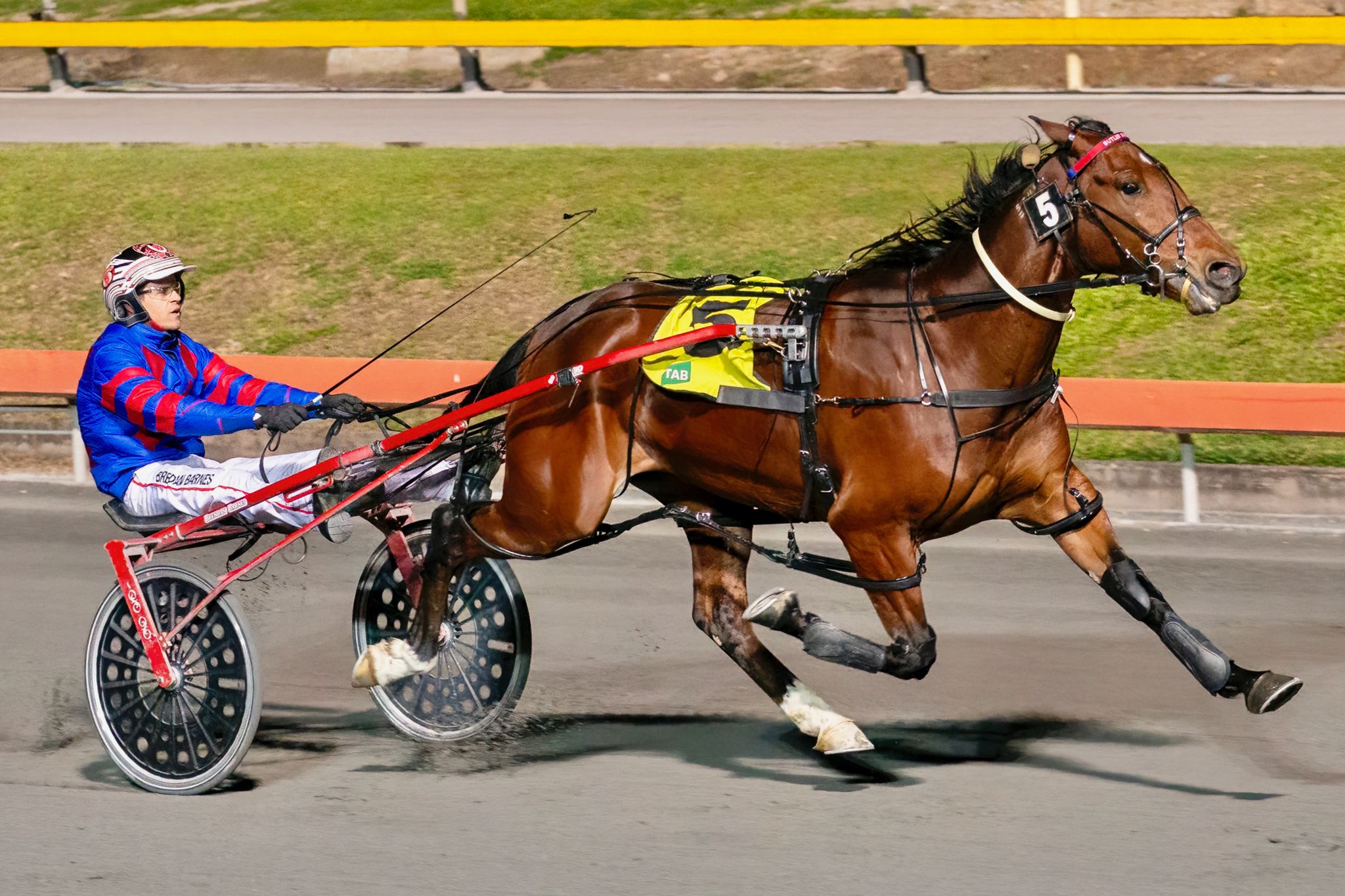 Described as one of the drivers that might just have a massive Constellations Carnival in 2022, Brendan Barnes heads to The Triangle with a strong book of engagements on Redcliffe Cup night.

The 25-year-old has confidence in three of his regular partners – Jeradas Delight, Dangerzone and Deus Ex – being major payers, not just this week but across the carnival period.

Barnes and mare Jeradas Delight tasted Group 1 triumph for the first time together during this period of last year, claiming the Golden Girl of 2021 at huge odds.

He is within the top six for the drivers premiership this season as well as being the fourth ranked metropolitan driver in 2022.

Barnes – who works for trainer Jack Butler – has been impressed with the way the six-year-old Betters Delight mare has returned for her feature part of the season.

Jeradas Delight has been off the scene since late February at Menangle and has trialled on three occasions before her return in the Redcliffe Mares Feature over 1780 metres on Saturday evening.

“We could not be happier with her, she seems to have come back tougher this time,” Barnes said of the reigning TAB Queensland Harness Horse of the Year.

“Her trials have been super; we have driven her against her racing pattern and she seems to be a better horse than last year, I think.

“She will have a similar campaign to last year, she will race basically every week up until The Golden Girl and hopefully she can get better every week.” 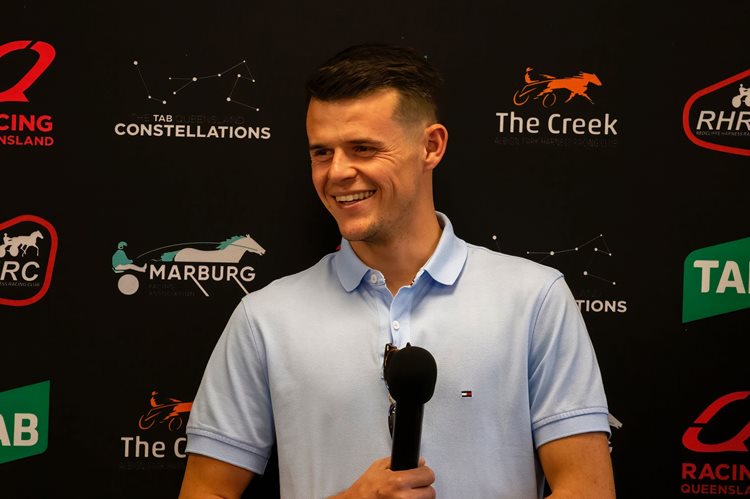 The voice of harness racing in Queensland, Chris Barsby, believes Barnes will be a significant player in the Constellations Carnival of 2022.

“I think Brendan will be one of the drivers to follow during the carnival,” Barsby said.

Barsby remarked that Jeradas Delight’s recent trials have been “enormous” as she looks set for another strong campaign.

While the brilliant Jeradas Delight is proven at the elite level, Barnes also has high hopes for the up-and-coming Dangerzone.

The three-year-old gelding is seven victories from just 12 starts and faces arguably the toughest test of his young career in Saturday’s Group 3 Redcliffe Derby.

The fellow Butler-trained pacer has won four of his last five and will need to be at his absolute best to topple rising stars such as Ripp, Tims A Trooper and Teddy Disco in the 2280 metre feature.

“The Queensland Derby is the main aim for him and he is coming through really well, his last few runs have been super,” Barnes said of Dangerzone.

“He will hopefully be right where we want him to be when we need him to be.

“He definitely has got the ability but when it comes to this time of the year, the draws are very important, so is luck in running. 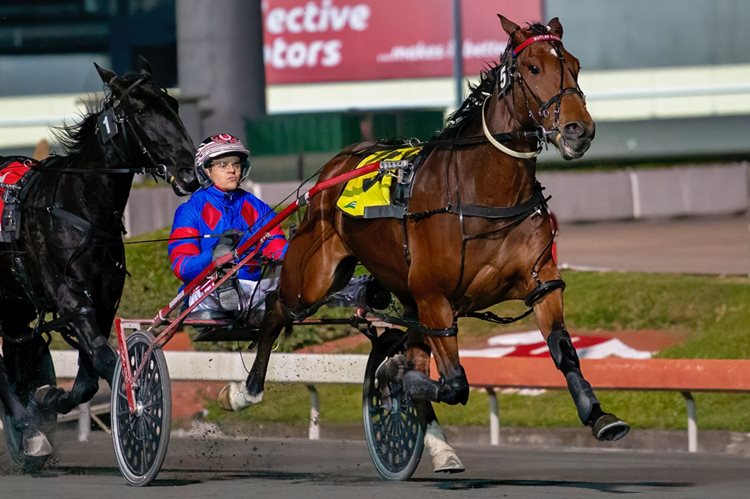 “He is heading in the right direction.”

Dangerzone was described by Barsby as a big lanky raw pacer with “wicked speed” that seems to just get better with every start.

The Queensland Derby of 2021 was taken out by visitors to the Sunshine State in Ray Green and Anthony Butt with American Dealer.

Barsby thinks the Queenslanders will be hard to hold out come the Group 1 Derby of this year at Albion Park with Dangerzone, Tims A Trooper – prepared by Grant Dixon – and Teddy Disco – trained by Shawn Grimsey – among others, right in contention. 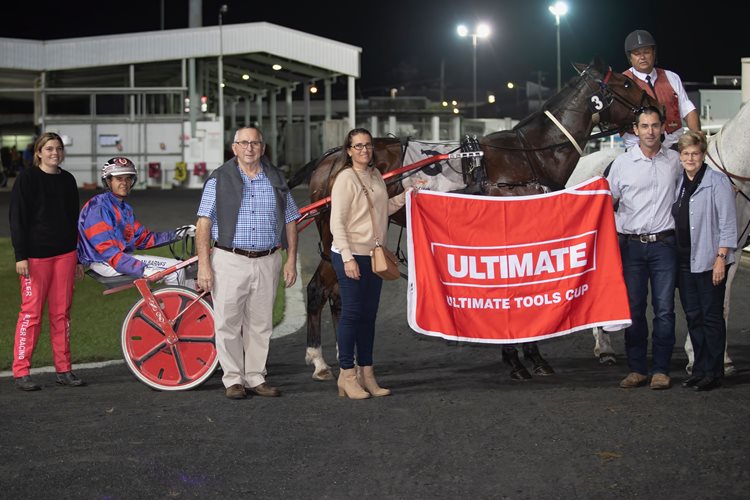 “I really think the locals can snatch victory here, we have great depth and great talent and I hope they can shine on Queensland Derby night,” Barsby said.

Barnes has been in the bike in all but one of Dangerzone’s trials and races since he first came on the scene early last year and he has seen the gelding continue to develop over time.

“He has been pretty nice from day dot, he was pretty raw and green as a two-year-old,” Barnes said.

“He had quite an impressive two-year-old season before a long break and he came back a bit smarter, stronger and faster.

“He seems to be heading in a really good direction.”
Another pacer chasing feature honours over the carnival for Barnes and Butler is last-start winner Deus Ex.

The 16-time career winner has drawn the back row in Saturday’s Group 1 Redcliffe Gold Cup over 2613 metres.

“He is a good open class free for all horse, he is yet to take that next step up to race the really good ones,” Barnes said.

“But, he is a good on-pace high gate speed free running horse.

“If he was to draw anywhere where he can get to the fence, he will definitely put some fireworks into the race.”