Butt plans to dethrone the King 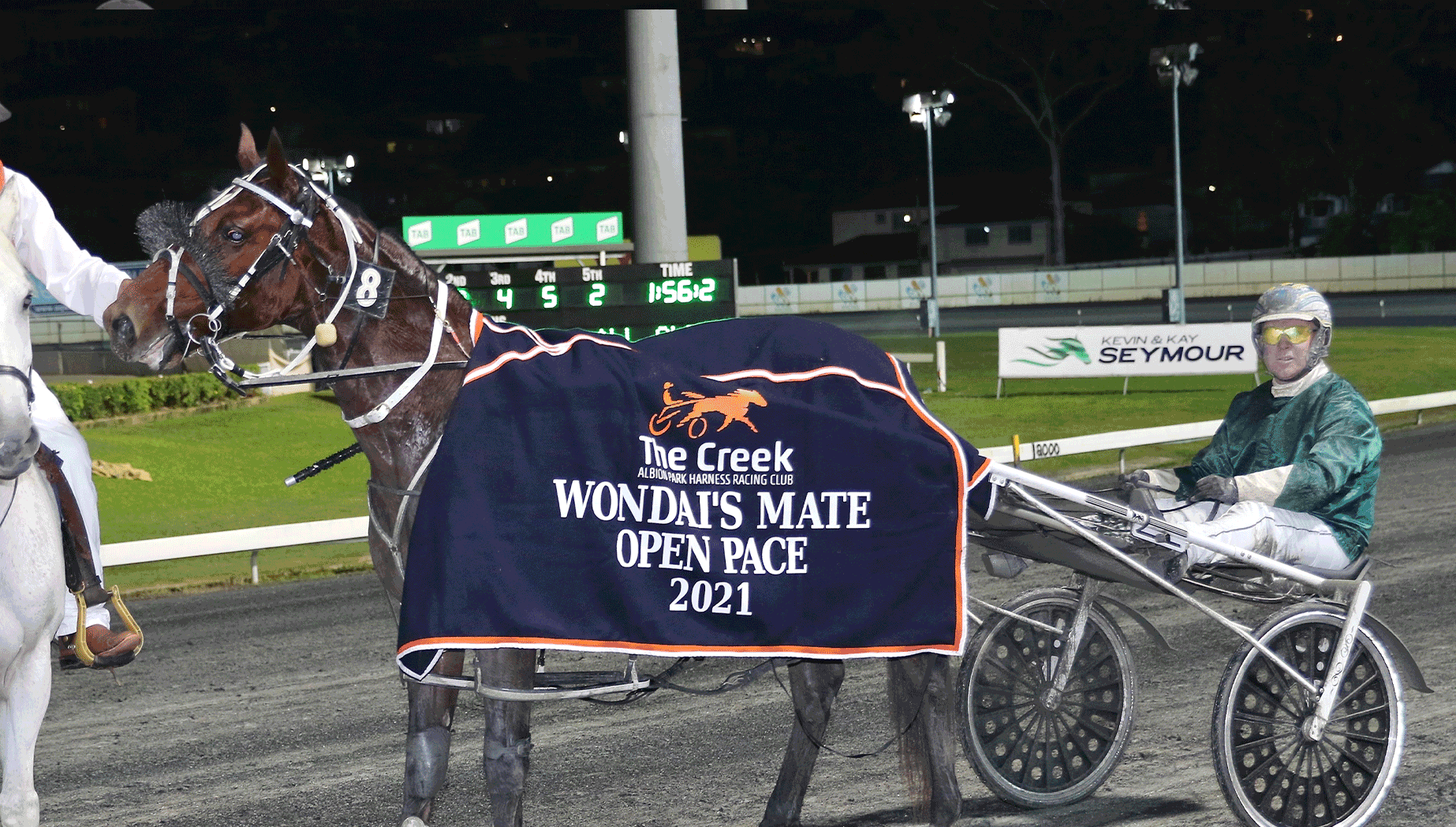 Anthony Butt, one of Australasia’s greatest big race drivers, is bullish about his chances of beating Australia’s best pacer, King Of Swing, when he partners Copy That in Saturday night’s $100,000 Group 1 Sunshine Sprint (1609m) at Albion Park.

Copy That, NZ’s best pacer, is on the quick back-up from his close second in last week’s Group 1 The Rising Sun.

“The draws have fallen in our favour. Copy That’s draw (gate five) is just OK, but it’s a lot better than King Swing’s (11),” Butt said.

“I’ll be making full use of the better draw, I have to. King Of Swing’s a great horse, but he’s been able to find the lead in so many of his races. It’s a different test for him this time.

“There’s some quick beginners inside me and Turn It Up (gate seven) might even cross us all at the start he’s so quick out, but I can’t go back. I have to keep as much space between my guy and King Of Swing when we settle down.

“It’s such a short race, you know Luke (McCarthy, driver) will be making his run early on King Of Swing to get him into the action as well.”

King Of Swing is unbeaten in nine sprint races over the past 18 months, including two Miracle Miles, but hasn’t overcome a back row in any of those.

Copy That also boasts a fantastic sprint race record with his past eight starts over less than 2000 metres netting five wins and two seconds.

“He’s versatile, but he’s such a high-speed horse he’s probably at his very best in shorter races,” Butt said.

“He did everything except win last week. He had those around home covered on the (home) bend, but I saw Amazing Dream waiting for the run and when it came she was just a bit too good for us after having an easier run.

Butt goes from rival to partner with Amazing Dream this week when he replaces Mark Purdon, who has returned to NZ, in the sulky for the inaugural $100,000 Group 1 Golden Girl (1660m).

“She’s a great drive to pick, but, even though is dropping back to race her own sex, it’s not a matter of just turning up and winning. When you look back through her form she’s won big races against the boys like the Northern Derby, Auckland Cup and last week, but she’s been beaten a few times when you’d expect to have beaten the girls,” he said.

“I think the stablemate, Spellbound, will be a big danger if she’s back to her best. You’d think Amazing Dream will be in front and she’ll be camped on her back.”