Cat King Cole on hunt for another Group 1 prize 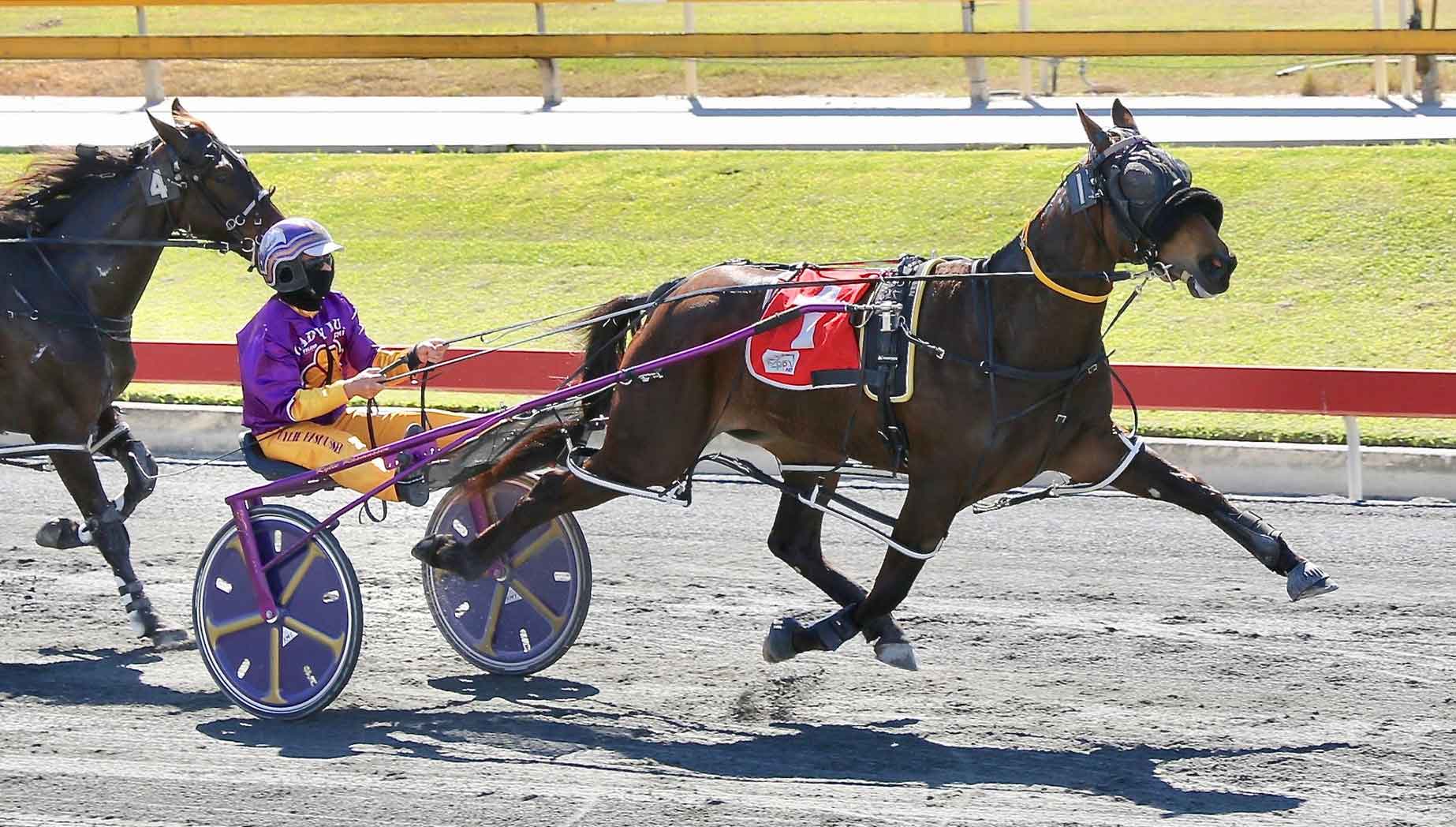 Readied with deeper pockets than ever before, the Weeks and Rasmussen partnership were not going to leave the APG Brisbane Sales without the filly that would become boom youngster Cat King Cole.

The Stanmore-based trainer and driver combination of trainer Darren Weeks and driver Kylie Rasmussen will usually shell out around $4,000 for a baby pacer in years past.

But after extensive visits to studs across Queensland in the lead-up to the sales of 2020, the daughter of Hurrikane Kingcole was always coming home to their stable at a price they would rarely pay for a youngster – $28,000.

Rasmussen recalls thinking Cat King Cole was “so athletic” the first time she laid eyes on her and after further inspection, she had plenty more going for her, as well.

The move to “have a red hot crack at it”, as Rasmussen described it, has worked out perfectly for the team as Cat King Cole has developed into a star on the rise in Queensland pacing, winning six of her first eight trips to the races.

Her victories include the 2021 Group 1 QBRED TRIAD Final – 2YO Fillies and the APG Group 2 Gold Bullion Final – 2YO Fillies, and she is favoured to add the Group 1 APG Brisbane Sales Series Final to her expanding resume on Saturday evening.

Multiple Group 1 winning driver Rasmussen explained that after conversations with Weeks and their owners, that if they wanted to win big – they would need to spend big, as well.

“We sort of always stick to the cheapies but we thought this year we would have a fair dinkum go and buy a couple,” Rasmussen, who drives in her “Lady Luck” colours, said.

“We were lucky to get one that was able to run.

“Everything she has done; we could not have asked for another thing out of her.

“She has a good future and hopefully after a spell, she can step up and I cannot see why she will not.”

Extensive research and time and effort went into the purchase, Weeks said, with the fillies walking action – being on her toes and alert – as well as her temperament and confirmation, was what stood out the most to the partnership.

“Kylie and I decided to have a look at all the yearlings and buy the horses that we really liked this year,” Weeks said.

“We have gone for a bargain buy in recent years but we decided to back ourselves and pick the ones we wanted to buy.

“We checked out all the yearlings at the studs and we both really liked Cat King Cole, she really stood out, she had a lot of potential.

“We went to the Sales and we were not going home without her, it worked out all right (laughs).

“We have always worked on a budget and decided to spend a bit of money this time to see how we would go.”

Described as an intelligent animal that picks up most things at her first attempt, Weeks explained the brown pacer was switched on from her first days in his barn.

“It was more of a case of keeping her grounded all the way through her preparation, she wanted to run and had speed,” Weeks said.

“We had to keep her grounded and bring her along steady.

“She has turned out to be a very good racehorse.

“Once you run a two-year-old up, sometimes they do not want to come back to you so it is a case of keeping them as quiet as you can for as long as you can, that is our strategy anyway.

“She had natural ability and a lot of it.” 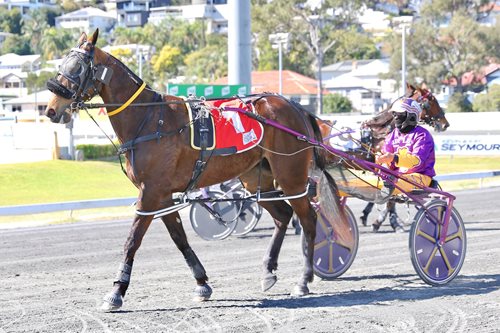 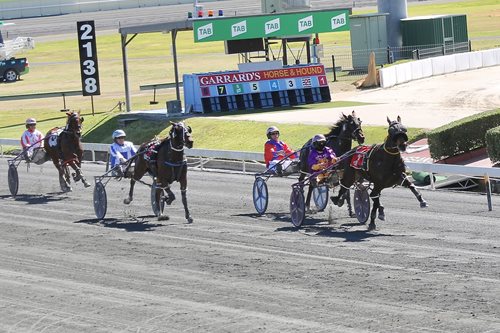 Cat King Cole has put some impressive margins on her opposition in the early stages of her career, with four of her six triumphs being by eight metres or more, and Rasmussen said she is like a different animal to a horse at times during races.

“She is like carrying a tiger by the tail, that is what she is like to drive,” she said with a laugh.

“She is blessed with natural ability and speed; she can run and she wants to run.

“She is not bad to drive, she is just full on.

“Because she can run and it is easy for her, her cruising speed is very high, she is not comfortable going slower so she is happy to ball along.”

The APG Brisbane Sales Series Final for the two-year-old pacers is the highlight of Saturday evening’s Albion Park card with Group 1 glory on offer to the winner.

The feature race is for horses sold at the 2020 Brisbane Australian Pacing Gold Yearling Sales, with $100,000 on the line in the Final.

The two heat winners were Cat King Cole and I Am Sparta last Friday, with the star filly Cat King Cole set to start as a short-priced favourite.

Weeks, the son of well-known Brisbane harness driver Des Weeks, praised the initiative from administrators to put the Group 1 event on for youngsters who have come through the sales.

“It is a great concept from the Australian Pacing Gold to put on a race just for the horses that have gone through their sales in Queensland, it is a bit of a bonus,” Weeks said.

“It definitely would be a good race to won, everyone is trying to win a race like this so it will not be easy.

“But we are happy with the way she is, she has a good draw and we would not swap her for any horse in the race.”

Following Saturday’s Group 1, Cat King Cool is likely to head for a spell to strengthen and grow, with her driver suggesting a tilt at feature three-year-old races interstate may be on the agenda into the future.

“She has the ability and if she can continue to step up, I do not see why she will not be able too,” Rasmussen said.

“She is a very sensible horse so she should not be a problem to travel, where some can be.

APG’s General Manager David Boydell is proud of the field that will be assembled on Saturday evening.

“I think this weekend’s Albion Park field clearly highlights the strength of the product being produced by APG’s Queensland vendors,” Boydell said.

“From a sale that only boasted 37 yearlings, to be able to put together a Final field that has collectively already won over $275,000 worth of prize money and bonuses, it is a pretty incredible feat.

“The field will be headed by Cat King Cole and there is plenty of other classy horses in the race.”