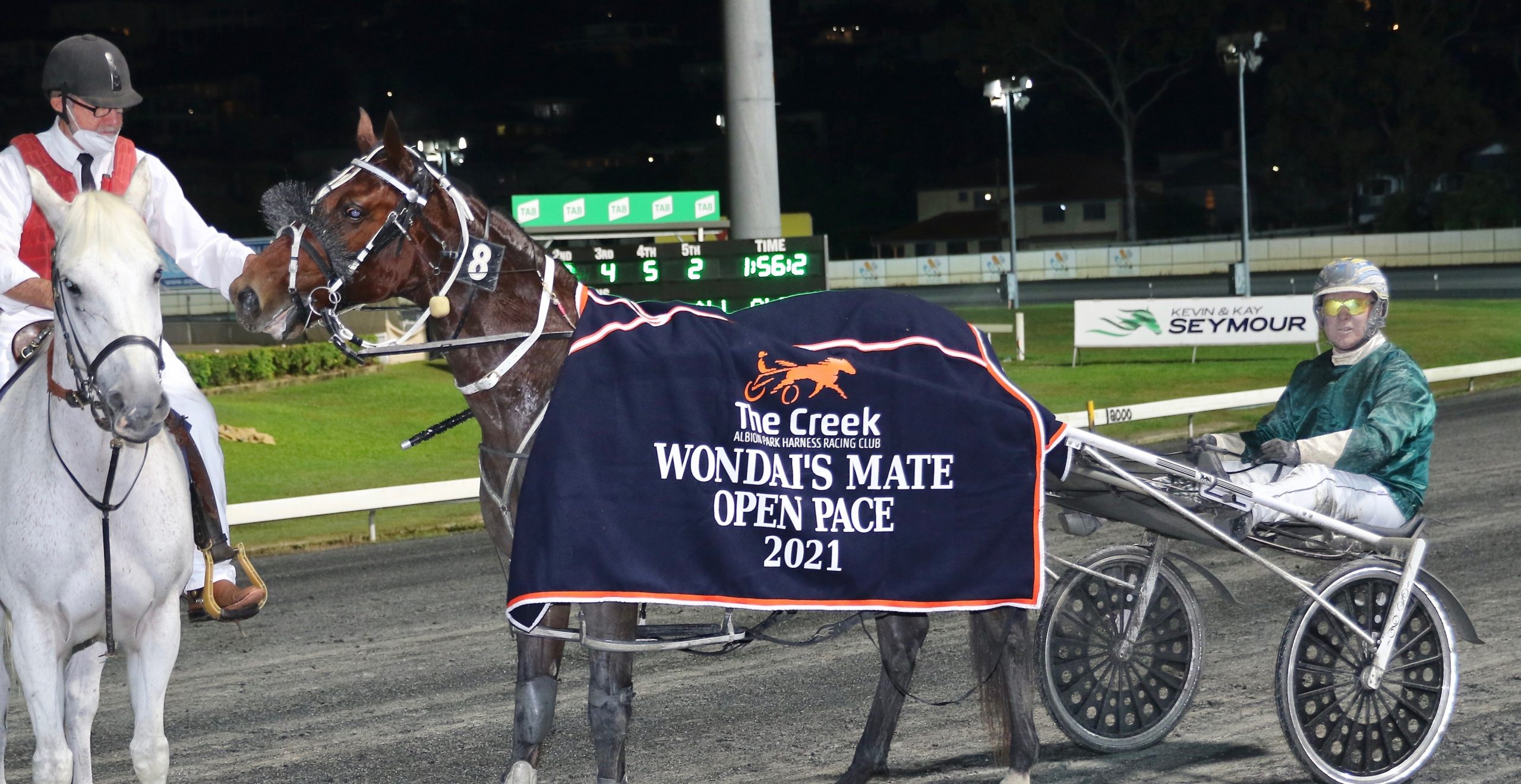 What a difference a week has made for Anthony Butt.

Butt was always going to switch to Copy That as his drive in The Rising Sun, a commitment he made months ago, but he was almost resigned to chasing minor money behind Krug.

That’s until Copy That launched his Queensland raid with the most breathtaking of wins in the Wondais Mate Open Pace at Albion Park last night.

“Krug was so good at Redcliffe I really did think he was unbeatable in The Rising Sun given the barrier draw advantage he’ll get, but Copy That’s win was unbelievable. He actually stunned me how big went he went and how fast he sprinted,” Butt said.

“They are both great horses, probably the two best horses in NZ, and they’re going to take some beating next week. I’m glad I don’t have to choose between them as I’m committed Copy That. That said, I wouldn’t swap I don’t think. He was just so impressive last night.”

It was Copy That’s first start in a month and so important as it came after his career-worst run when near last in the Group 1 Harness Jewels at Cambridge.

The four-year-old drew awkwardly inside the back row last night and both trainer Ray Green and Butt agreed the best option was to push through, drive for luck and hope gaps came at the right time. 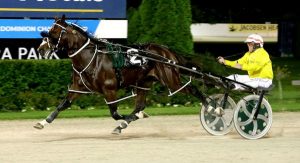 “It was really only coming around the last bend, when I saw daylight and had to go sideways to get it, when I really thought he could win. He sprinted so quickly, he went rough for a few strides when I angled him out, but then he exploded and had them in a few strides,” Butt said.

“He’s some sort of horse to be able to do that, better than I even though he was.”

And Green knows there is improvement to come, citing the gap between runs and only a fairly cosy trial in preparation for the win.

“He needed the run to top him for the big one next week, no doubt about it,” he said.

“All the signs were positive in the time we’ve been here. I’m glad we came early and he’s settled better the longer we’ve been here, but it was still a relief and exciting to see him come out and run so well. He should be as good as I can have him next week.”

Top Kiwi freelancer Blair Orange looks certain to take the risk of being “stuck” in Queensland and fly across from Christchurch to drive Krug next Saturday night.

Orange, the most in-demand driver in NZ, knows it means staying in Queensland for two weeks without returning home if he wants to stay and drive Krug in the Queensland Derby as well. The stay could be even longer, pending when the travel bubble between NZ and Queensland re-opens.

Standing in the way of the two Kiwi stars in The Rising Sun looks to be one stable, Team McCarthy, with its pair Expensive Ego and Spirit Of St Louis. Both won impressively again at Albion Park last night.

The crucial barrier draw for The Rising Sun is live on Sky Racing 2 (Foxtel 527) at 6.30pm Monday night.