Horse Tales: The makings of a legend 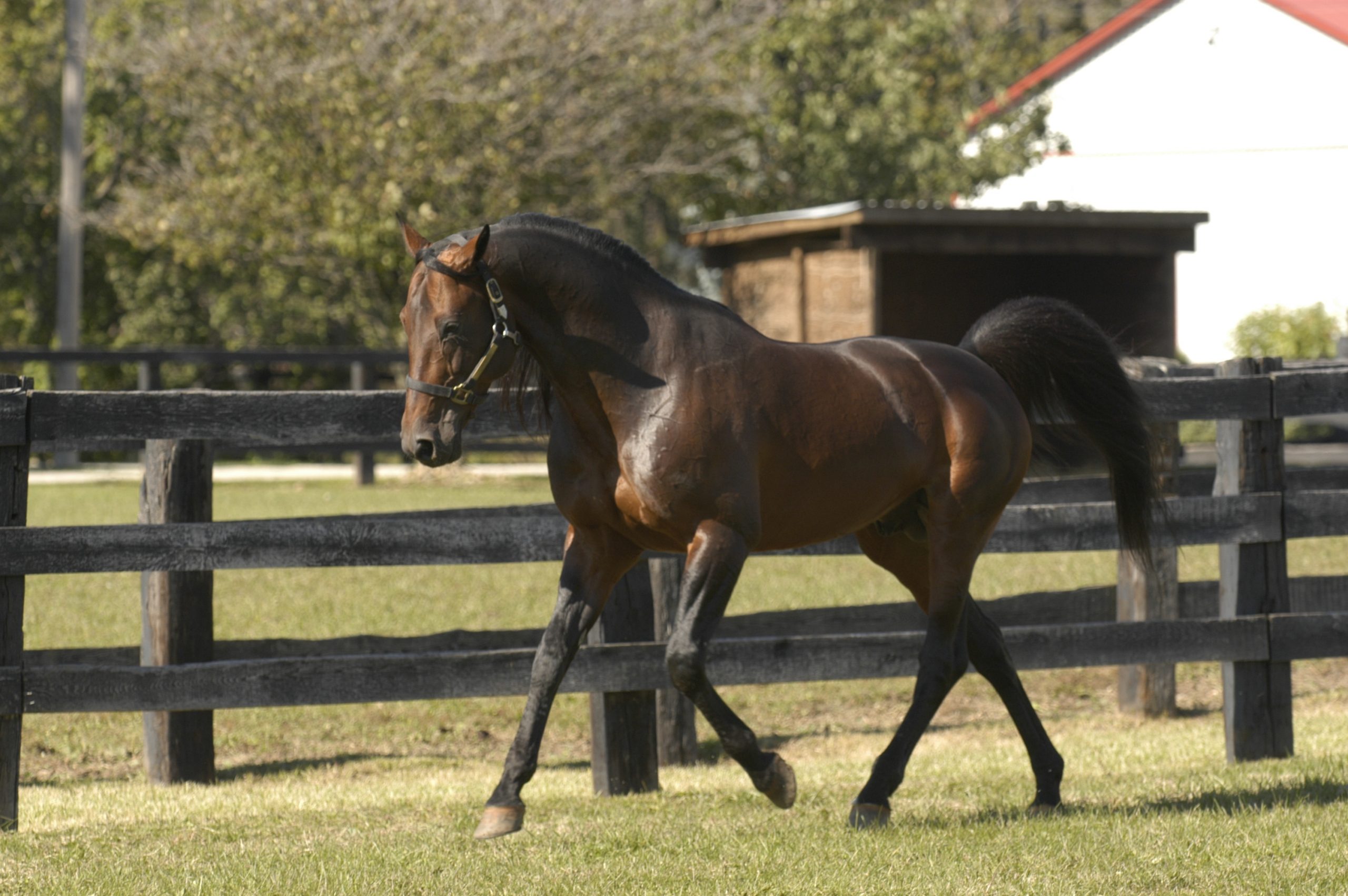 In many ways, Cammibest is the epitome of Queensland; tough, resilient, and grossly underrated.

Cammibest has been the heart and soul of Burwood Stud at Pittsworth on the beautiful Darling Downs for more than a decade now. His footprint on the Sunshine State’s landscape has been felt many times over—and will be for many more years to come.

The family operation, headed by Noel and Christine Denning, recently announced his retirement from active stud duties last year although he remains on farm and in the pride of place while still being on the lips of many breeders.

In his final season at stud, Cammibest served 16 mares and ended up with 12 in foal, while he covered seven mares at the start of the current term with no joy—and a decision was made on his immediate future.

His final foaling came via the Christian Cullen mare Romelda back in November, who delivered a healthy colt that carried plenty of similarities to his father.

“He wasn’t infertile but obviously it wasn’t as easy when he was younger. He’s 26-years-old now and he’s done an amazing job, it’s been an incredible career and we feel he had nothing more to prove so he will enjoy retirement,” studmaster Noel Denning said.

Foaled in North America back on April 26, 1996, the Cambest—Mib Hanover colt enjoyed tremendous success on the racetrack where he won 37 times from 158 starts while banking more than $1 million in stakes.

He won seven races as a two-year-old before returning the following season to win another eight races as a three-year-old.

As an older horse, he went on to win another 22 races, which clearly underlined his durability.

Some of his biggest victories came via the Arden Downs Stakes (2YO) and Reynolds Memorial (3YO).

Cammibest was deemed to be a strong and willing competitor on the track, but most of all he was extremely sound.

With the next phase of his career taking shape, the now defunct Stallion Station purchased him, and he began shuttling to the southern hemisphere where he stood his first two seasons in Victoria.

“His arrival Down Under coincided with the Equine Influenza (EI) and he actually got stuck in Auckland for an extended period. With Stallion Station standing so many stallions at the time, Cammi wasn’t well received by Victorian breeders and sat in stallion wilderness with his career very much in limbo,” Denning said.

“In the end, Les Joslin contacted us and wanted to see if we had any interest. We did our due diligence before agreeing to purchase him for a very modest amount. In fact, we only paid $10,000 for him which is a bargain now but at the time it was a bit money back then.

“We actually agreed to shuttle him back to North America and the costs involved with this process were steep. It was costing around $30,000 but we gave it a shot.

“We wanted to give him a chance and thought this was a good opportunity. He was immensely popular as a racehorse and extremely sound, so this was an avenue we took.”

But the best was yet to come once he became permanently based at the boutique nursery and his popularity with local breeders blossomed.

During the 2010/11 and the 2011/12 breeding seasons, Cammibest served his biggest books with around 80 mares covered each season.

His standout performer in North America was Primary Purpose (1:51.2—$446,000) while his early Down Under stars included the likes of Pub Blitz, Cha Ching Chaching, Motoringwiththebest and Chocolatto amongst others.

At this stage, his maternal pedigree was starting to bear fruit, with his half-sister Kabbalah Karen B (by Western Terror) producing quality stock after a successful career on the racetrack.

But her biggest claim to fame is Ladies In Red (17 wins—$569,000). The star three-year-old filly has won such features including the 2YO and 3YO Breeders Crowns plus the 3YO Vicbred Super Series and Victoria Oaks.

Kabbalah Karen B was imported to Australia by Lauriston Bloodstock, Bill and Anne Anderson.

Mib Hanover, the dam of Cammibest, is a sister to Myhalia Hanover—dam of the Canadian Pacing Derby winner Noble Ability (1:49.2—$1.7 million).

And with this exceptional pedigree, the results kept coming.

Queensland Horse of the Year Leos Best (31 wins—$400,000) led the way but was ably supported by the likes of Bumper (16 wins—$99,000) plus classy fillies Jewel Lehigh, Ella Michelle, January and Mathilda Diventa.

“I’d have to say Governor Jujon is the best that he’s produced. He’s such a classy performer with a great will to win. We bred him and sold him through the Redcliffe Sale before being purchased by Dr John Mammino,” Denning said.

“Cammibest has been instrumental for the Redcliffe Yearling Sale. A lot of his progeny have gone through that sale, and he’s had immense success with the attached race series.

“A lot of his progeny are just like him, tough and durable types with sensible attitudes. As it stands, he’s the best sire to have stood at Burwood and I don’t say that lightly or without respect.

“He’s been a pleasure to deal with, a thorough gentleman and he’s got a home for life here at the farm and he knows his routine backwards. He’s a much-loved member of our family.”