Jason Grimson – the new kid on the big stage

Jason Grimson reckons he prefers to let his horses do the talking.

One of his closest mates – fellow trainer and driver Jack Trainor – cant remember Grimson completing a media commitment in the six years he has known him until this week.

In some quarters, Grimson has been described as polarising, arrogant, shy and a different cat.

And, while Trainor says his friend rarely speaks publicly, he does credit Grimson as being the most talented young horseman in Australia.

Regardless, the harness racing community are going to see plenty of Grimson in the coming decades.

The 28-year-old already has an Inter Dominion Championship on his resume and he goes searching for a Group 1 in Queensland this weekend with a pair of runners in the Sunshine Sprint.

The concreter turned harness trainer has set up shop at Albion Park for the carnival this year at their new on-course stable complex.

Also 28 years of age himself, Trainor smirks when asked about his mate’s personality. 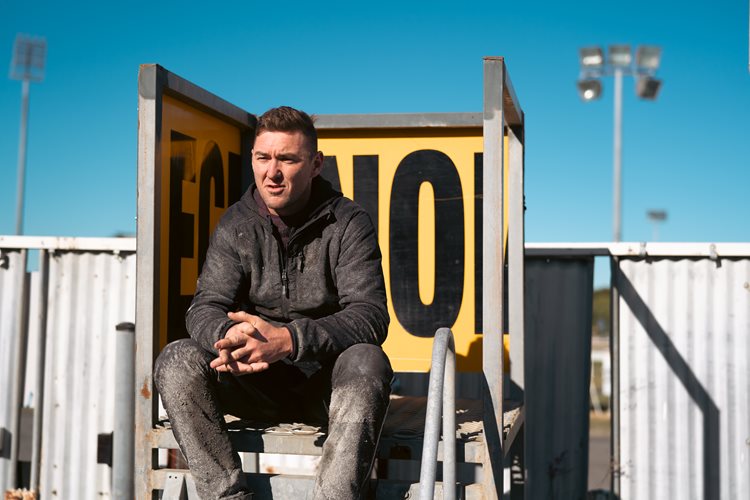 “He is a straight shooter,” Trainor said.

“He is a really good horseman and in my opinion he is probably the best young trainer in Australia at the moment, his horses prove that.

“He does not do a lot of media stuff; I do not think I have seen speak to a camera in the five or six years I have known him and been good mates.”

The controversial Inter Dominion triumph with Boncel Benjamin late last year, which was won on protest after he was second past the post, has changed the game for the emerging trainer.

It has put Grimson’s name up in lights to a degree he could never have dreamed of when he was working as a concreter just a few years ago.

“I am only young in my career and for me to have a win like that early on, it is the highlight of my career and something that I will look back on and cherish forever,” Grimson said.

“The result has sort of put my name on the map and right out there, which is really good.

“Following that, it has helped me get the better class horses and more so on the International level, I have a lot of owners contact me from other countries, which is good.

“There has been a benefit to it.”

While he has been referred to as polarising, arrogant, shy and a different cat – Grimson understands that if he is going to become a powerful stable at the elite level annually, he might need to get used to the attention.

After Racing Queensland were on hand at Grimson’s make-shift stables this week, they were also set to welcome a camera crew from a corporate bookmaker the following day for a feature story into next week’s Group 1 Blacks A Fake. 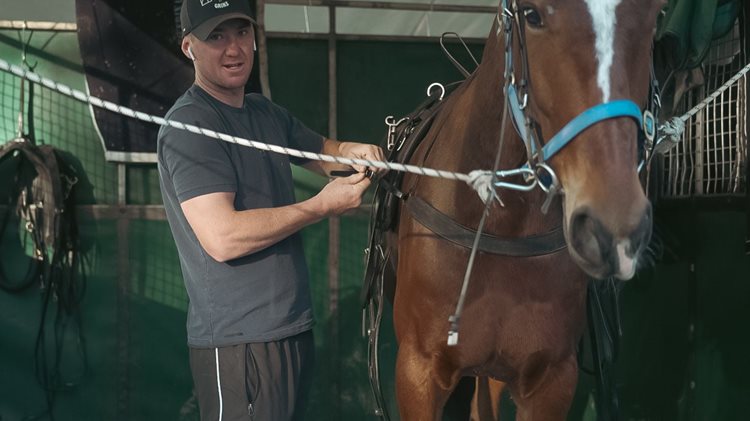 “I keep to myself,” Grimson said.

“I do not speak publicly very often but it is something I am getting better at.

“I like to think my horses do the talking, more than me.”

Trainor is still scratching his head around how he missed out on the drive in the Inter Dominion decider last year.

He was in the seat for the three races before the big one, before Joshua Gallagher was able to pick up the glory on race day.

Nevertheless, Trainor was delighted for his mate’s efforts and thinks there is more to come at the level.

“As a friend, I was really proud of Jason to be able to get a feat like that at such a young age and at such an early stage of his career,” Trainor said.

“It shows what kind of horseman and trainer he is; it is a credit to him.

“It was a carnival that we had a great time at, he won the Final and I won the Constellation race.”

It is like being back at home in Menangle for Trainor and Grimson over the Queensland carnival, both stabled on course at the premier track and back being in each other’s company regularly. 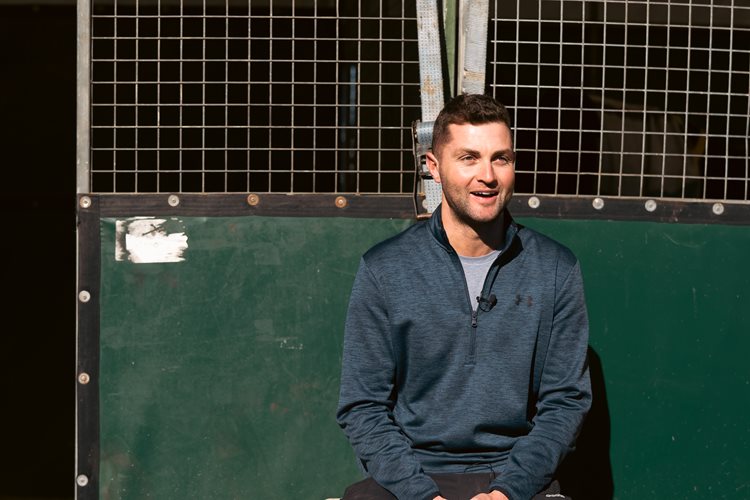 They believe the new set-up is similar to being at Menangle, not needing to worry about travelling horses far for work and races, as well as the track being well looked after and always ready.

“Jason is my best mate from back home and first of all it was good to send my mare’s up to him here in Brisbane before I came up,” Trainor said.

“It is like being back at home working together now in Brisbane.

“We both started out sharing the barn to start with and obviously as we have got bigger and bigger, we have branched apart a little bit, but being here in Brisbane together, it is like the old days.”

Grimson encouraged other southern barn’s to use the facility if the chance arises.

The Grimson stable had three runners across the program on The Rising Sun night last week and now head to the Sunshine Sprint with I Cast No Shadow and Majestic Cruiser.

The pair both finished more than six metres behind the winner –  Triple Eight – in the Group 3 Mr Feelgood last week but Grimson is optimistic they will be in the finish this time around.

I Cast No Shadow has drawn one this week.

“He was really good last week, he did a lot of work being three wide the first lap and they ran a fast time,” the trainer said.

“He stuck on well, which is good.

“He has drawn the one this week so we have never really used him out of the gate but I think he will have natural gate speed.

“It is really hard to win a race up here at the moment, with such good horses and trainers, but hopefully we can snare one.”

Despite Boncel Benjamin winning the Inter Dominion late last year, even back then Grimson thought Majestic Cruiser was the best pacer in his barn.

And, he will head to the Blacks A Fake next week following the Sunshine Sprint.

“He was good last week and is building towards a win,” Grimson said of Majestic Cruiser.

“I think he will get back in the field and run on home this week, he is a good chaser.

“That is probably his main asset, he chasers, which should suit him.”

The TAB has I Cast No Shadow rated as a $4 chance in Saturday’s Group 1 with Majestic Cruiser at $26 as of Thursday morning.