King Of Swing’s biggest challenge yet 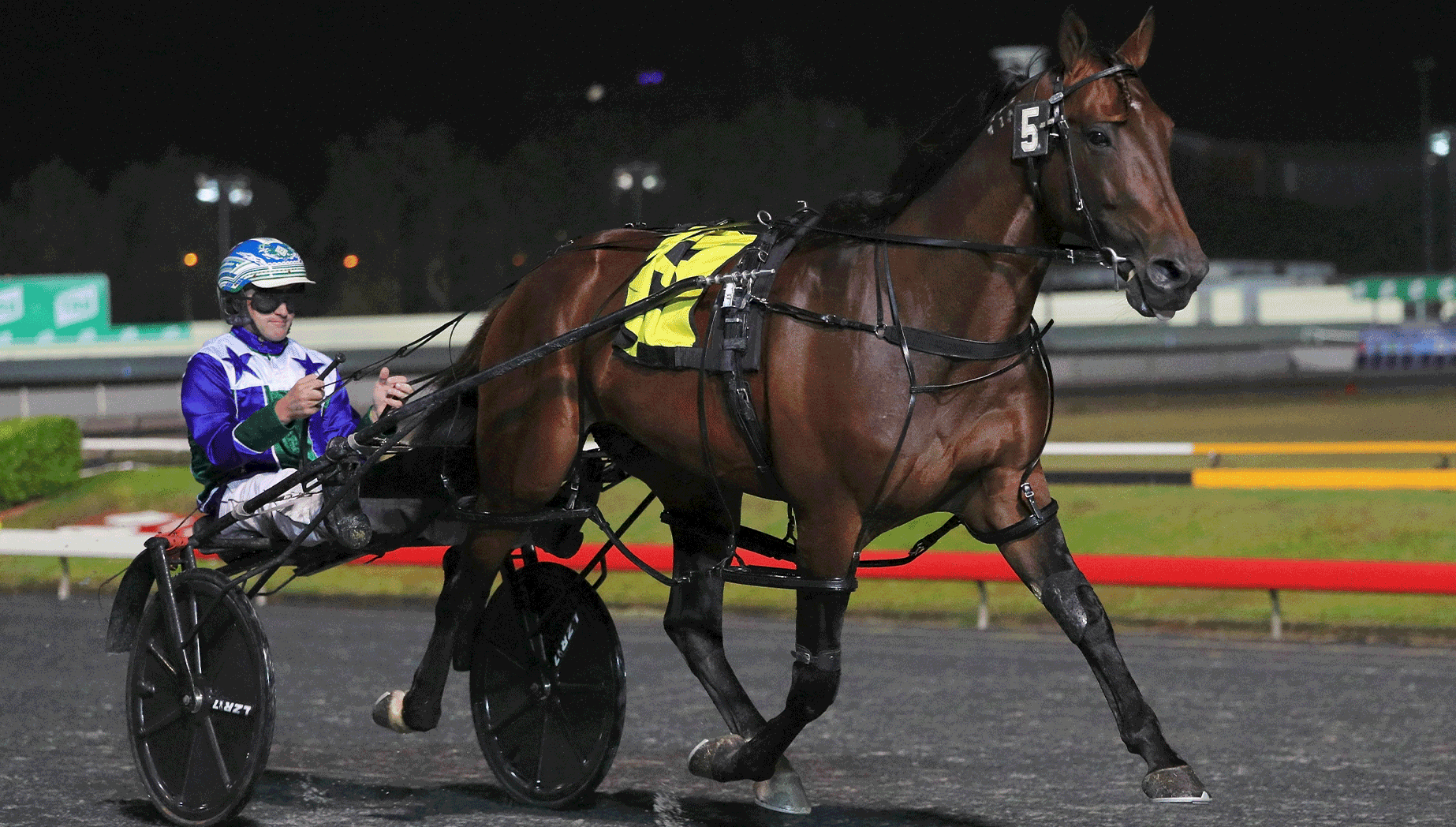 This could be the biggest challenge of champion pacer King Of Swing’s career yet.

Since moving from Western Australia to join Team McCarthy just over 18 months ago, King Of Swing has been almost unbeatable with 21 starts netting 17 wins, three seconds and a third.

In those 18 months he’s won six Group 1 races, including two Miracle Miles and a Hunter Cup, banked almost $2 million and stamped himself as the best pacer in this part of the world.

The six-year-old’s two Albion Park wins during this trip suggest he’s flying, but he’ll need to be after drawing the worst possible barrier – outside the back row (gate 11) – over the flying 1660-metre trip of Saturday night’s $100,000 Group 1 Sunshine Sprint.

A mix of his terrific early speed and some intimidation factor have seen him lead or eventually find the front in almost all of his 17 wins for Team McCarthy, but that looks almost impossible given his draw this week.

And the last time he didn’t lead in a big race he was brave, but still beaten into third spot behind the injury-sidelined Lochinvar Art in the Hunter Cup at Melton back on February 6.

Just like that Hunter Cup where Lochinvar Art drew better and took advantage of it, King Of Swing’s main danger this week, Kiwi superstar Copy That, has drawn much better (gate five) and his driver Anthony Butt will know the importance of fully utilising it.

Such is the stark contrast in barrier draws, Copy That may even snatch race favouritism from King Of Swing come race time.

Driver Luke McCarthy has openly insisted King Of Swing is much more than just a great leader.

“He’s shown it before when he’s needed to…don’t forget he sat three-wide and then outside the leader for the first lap or more before he eventually got to the front and won the Blacks A Fake here (Albion Park, last December). And he’s sat and sprinted to win races as well,” McCarthy said.

“Yes, sure, this is a big challenge, but he’s ready for it. He’s as good as we’ve ever had him. He’s had a great foundation and he’s very, very fit.

“You don’t run away from challenges like this, you look forward to them, especially with a horse like him.

“Don’t forget he’s got such a great record in sprint races, too.”

King Of Swing is unbeaten in nine sprint races for Team McCarthy, four of them at Group 1 level and two of them Miracle Miles.