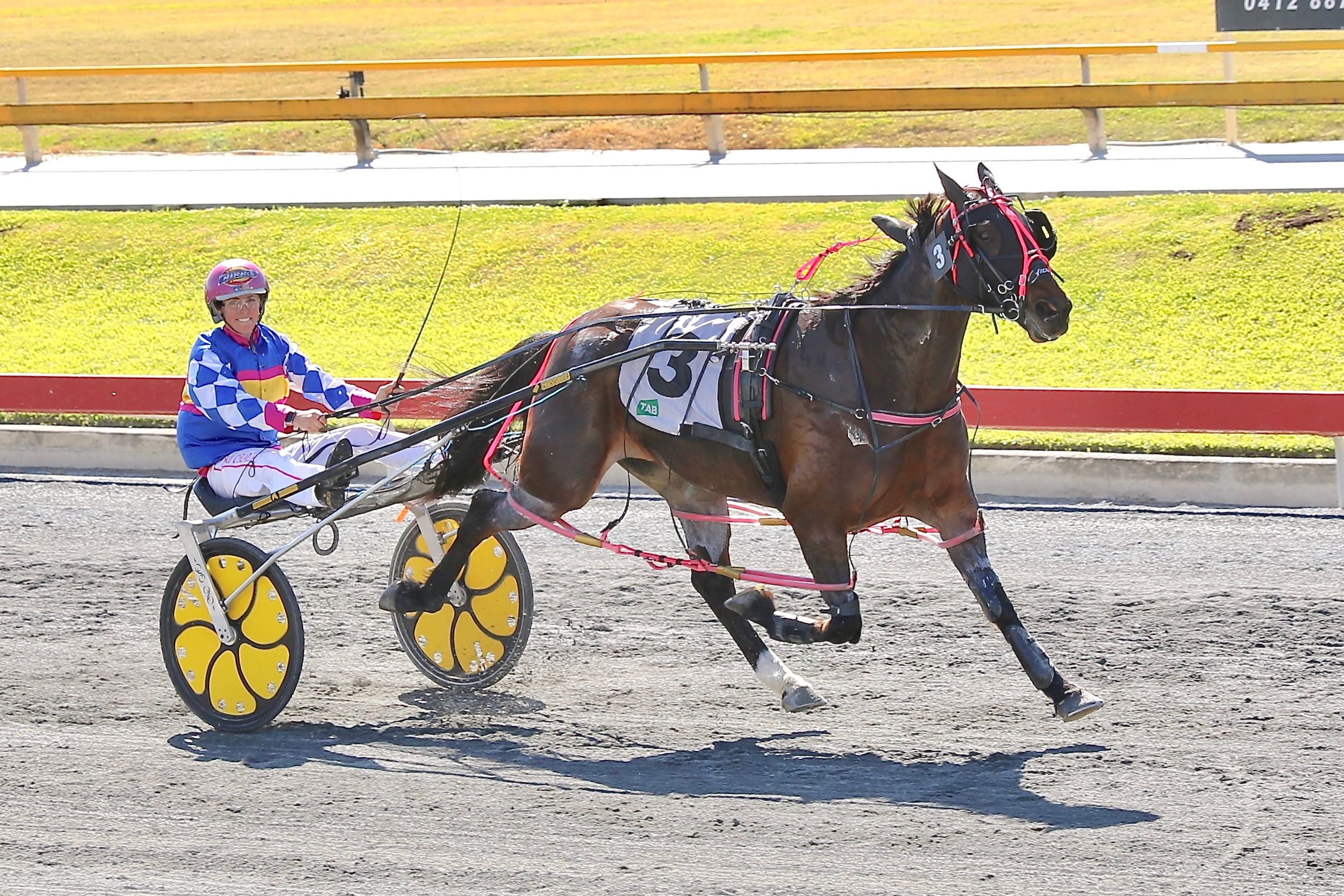 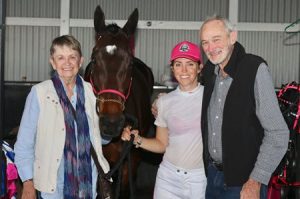 More than anything, trainer-driver Nikki Chalk was proud to be able repay the faith her uncle and aunty had put into her career over the years.

Chalk’s beloved uncle, Ron Dixon, was diagnosed with terminal cancer earlier this year after finding a melanoma around four years ago, which doctors believe then spread throughout his body.

Ron and wife Gerry Dixon have long been Chalk’s biggest supporters in the harness racing game, always watching her drives as well as keeping a record of all her performances.

“They bought a horse years ago and he was my first winner as a driver,” Chalk said.

“They bought another horse not long after that I trained…they put the faith in me to train for them, she was a really nice mare, Anxietynecstasy, and we never saw the best of her with a few issues – and she is the mare we bred Mac Sweeney out of.”

With Chalk and their extended family worrying about how long potentially Ron will have left with his inoperable cancer, five-year-old pacer Mac Sweeney is helping to put a smile on their face and provide a pleasant distraction.

Mac Sweeney is a horse owned, bred and raced by Chalk and her family.

He was able to lead all the way at Albion Park late last month – scoring by over three metres over 1660 metres – to give Chalk a sense of relief and for Ron, an opportunity to watch on proudly.

To view his niece go around on a pacer the family bred while he is battling his cancer, it is one of the only times Ron gets any joy or pain relief – watching the horse compete.

It was almost not to be, however.

In Mac Sweeney’s first-up effort just seven days before at Redcliffe, Chalk was handed a suspension, which was likely to cut down her dreams of driving the pacer to a breakthrough victory in the short term – with her first pregnancy to put her on the sidelines for the remainder of the year.

With a good record, Chalk was able to continue driving the next week and deliver the heartfelt victory for her uncle Ron.

“I really wanted to drive a winner on him while my uncle could still watch him and luckily the stewards let me stay and I was able to drive him the next week,” Chalk, who is married to Dale Chalk, said.

“It was really great to get that winner on him.

“Uncle Ron has always watched my drives and been a big supporter, he kept a record and printed them out and put them in a folder for me and kept it updated.

“The win gives him something to be happy about, they have not had much to look forward too lately and they were able to go watch him.

“I put a fair bit of pressure on myself, thinking it could be the last week I would be able to drive a winner on him as I had not driven a winner on this particular horse yet.” 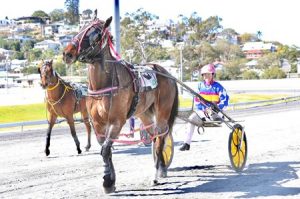 In getting Mac Sweeney home for the first time while in the sulky, Chalk feels like it has all come full circle with her uncle.

The horse has had many a setbacks throughout his career, including leading into this preparation, which had Chalk thinking she would not be able to win a race on him while Ron was able to watch.

“It was good to be able to pay them back for all that they have done for me,” she said.

“They bought one of my first horses for me, they spent like $25,000 on it, which is a significant amount of money for a horse for someone like me to train.

“They gave me an opportunity and we then bred out of her, they have always kept faith in me to do the right thing by them and the horses.

“To be able to repay them in some small way, it was great for me.”

The family have received positive news around Ron’s cancer in recent weeks, with his condition and quality of life on the improve.

“We are hoping we will have him around a bit longer yet,” Chalk said.

“We are thankful that the immunotherapy seems to be helping, things are looking up a bit now which is great news.”

With a new driver in the sulky – Mathew Neilson – while Chalk prepares to be a mother, Mac Sweeney will be out to make it two victories this preparation at Redcliffe this Thursday afternoon.

The son of Major Bronski has two victories and four minor placings from 19 career starts and will start from the second line on Thursday on the Peninsula.

Chalk thinks Mac Sweeney has always had ability and he is finally starting to show it now.

“He has been really good, I have always liked him even when he was a young horse after we broke him in,” Chalk said.

“We put him out for a spell after we broke him in and he had issues with his front feet, they had not developed properly so he had a year in the paddock.

“We battled with that and eventually got him back, but he was just not doing at the races what he was able to show at home once he did get back.

“In his first prep, we were pretty frustrated as he was just not showing what he could do and in the last couple of prep’s he has had, I feel like we have started to work him out.

“He has been hitting his straps and he has been going well.”

Chalk is the daughter of well-known and colourful industry figure Alan ‘Bunger’ Johnson, a trainer who had good success working for Stuart Hunter and preparing the likes of Sir Galvinator and Flashing Red, among others.