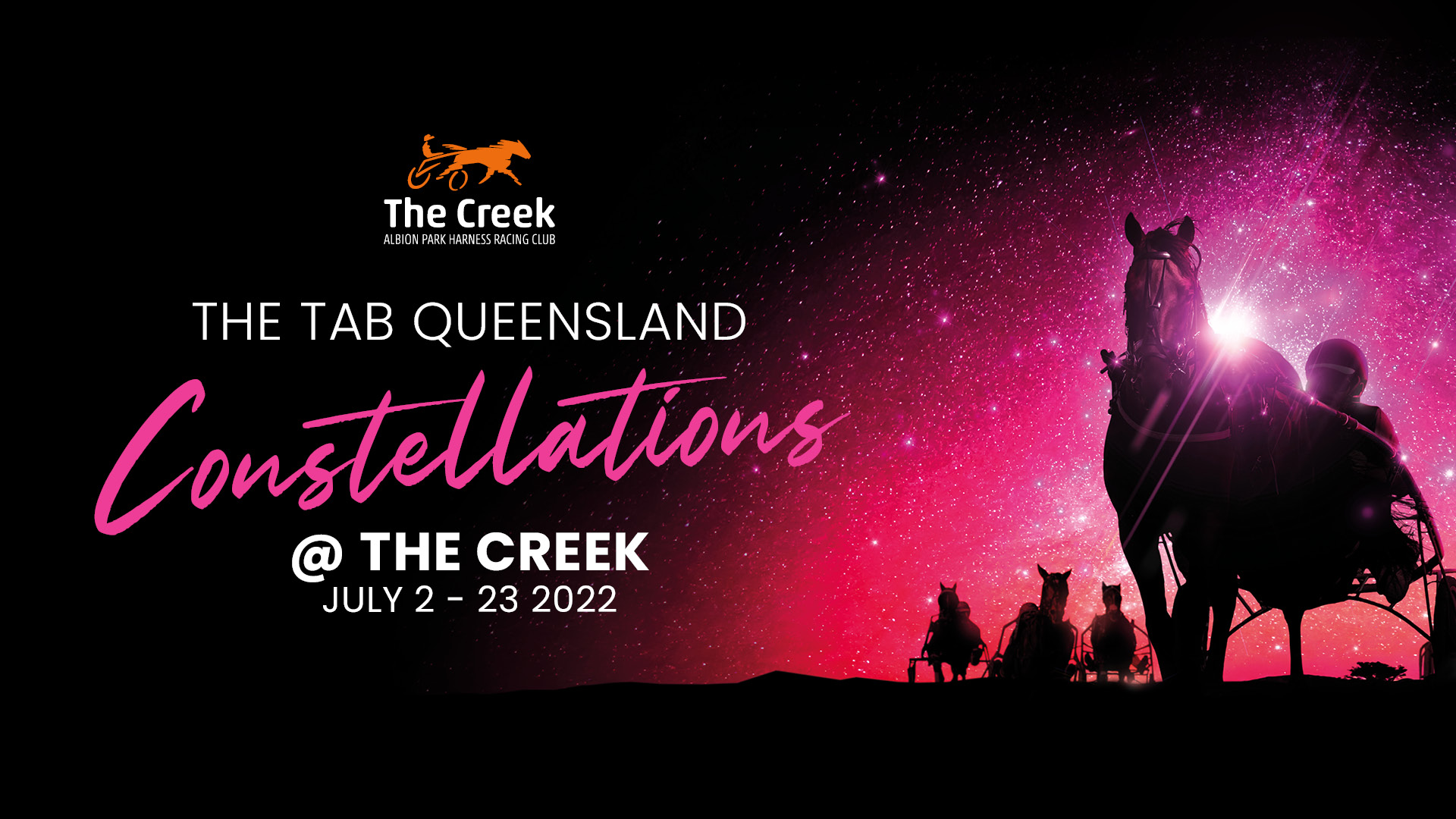 The TAB Queensland Constellations is set to sparkle once again this winter.

Following its highly successful inception in 2021, the Queensland Constellations returns this month, with the nation’s brightest harness racing stars preparing to descend on the Sunshine State.

Commencing June 17, the 10-week program features a raft of enhancements, headlined by prize money uplifts for three of the carnival’s marquee races.

“It’s an exciting time of the year for the code and its participants, and this year’s enhancements will ensure the Queensland Constellations shines brighter than ever,” Racing Minister Grace Grace said.

“The TAB Blacks A Fake is Queensland’s flagship harness race, and this $100,000 stakes increase is befitting of its status on the national calendar.

“Last year’s first ever The Rising Sun was a tremendous success, and already the uplift in prize money has seen the race secure a number of Australia’s brightest stars, including Better Eclipse, Ladies In Red, and Queensland’s very own Leap To Fame.”

Further, the introduction of the $50,000 Group 2 Queensland Sun for three and four-year-olds will act as the ideal lead up into Group 1 The Rising Sun, further consolidating the Sunshine State as the place to race throughout June and July.

The inaugural event will be restricted to horses trained by Queensland trainers or trainers whose horses predominately race in Queensland, offering the winner ballot-exemption from The Rising Sun run the following week.

“The TAB Queensland Constellations has quickly become one of our flagship events on the calendar and has breathed new life into the sport both locally and across Australasia,” Mr Parnell said.

“Importantly, we are excited to be able to expand the carnival to ensure that our three clubs in the South East – inclusive of Redcliffe and Marburg – are showcased with their own feature meetings.

“With the Inter Dominion set to return to Queensland next year, innovation remains at the forefront of the code, and we will continue to program races that will cater for those in the Sunshine State and abroad.”

Black-type racing will commence at the Redcliffe Harness Racing Club on June 17, before their scintillating feature evening on June 25, including the newly elevated Group 1 Redcliffe Cup.

Earlier this year, it was confirmed that the Redcliffe Cup will benefit from a stakes’ rise to $100,000 in 2022 – doubling in prize money – while becoming the only Group 1 pacing event on mainland Australia to feature a standing start.

The meeting will also feature the Group 1 Garrards Redcliffe Yearling Sale Race Series 2YO Final, as well as a pair of Group 3 events – the Redcliffe Derby and Redcliffe Oaks.

Marburg will also host a Constellations meeting for the first time, with the new feature meeting on July 10 poised to include a number of races that will be restricted to Queensland-trained horses.

“In 2021, the inaugural TAB Queensland Constellations was a fantastic success, and we are excited to partner with RQ in delivering another stellar carnival,” Mr Steele said.

“We’re proud to secure prize money uplifts for three of our signature races, and the addition of the Queensland Sun will only add to the intrigue of The Rising Sun – ensuring there will be at least two local stars taking their place in the Group 1 feature.

“Off the track, we are excited to have a number of hospitality packages available across four of the feature evenings, giving patrons the ultimate experience as harness racing brightest stars descend upon Queensland.”

Throughout the Constellations, more than $2.5 million in prize money and bonuses will be up for grabs, including 11 Group 1s.

Click here to see the full program for the 2022 TAB Queensland Constellations.