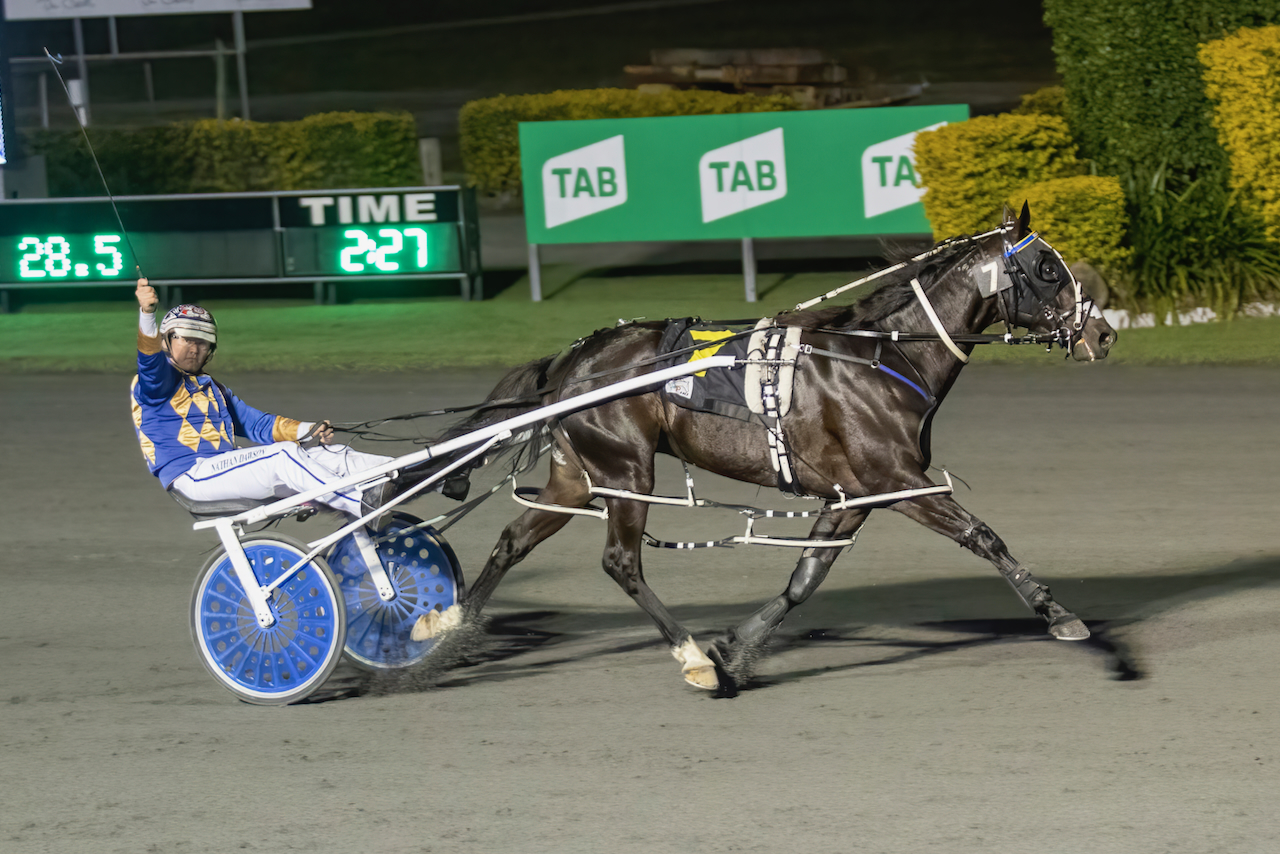 Teddy Disco, a graduate of the 2020 sale – bred, owned and trained by Shawn Grimsey – scored a runaway success in the Group 2 $52,000 Garrard’s Redcliffe Yearling Sales Series 3YO Final. It was the gelding’s 10th success from 16 starts and lifted his stake tally to $164,522.

The Tintin In America gelding numbered among his 10 victories the $100,000 Garrard’s Redcliffe Sales Classic as a two-year-old.

Manila Playboy, who was a graduate of the 2019 sale, notched his third success at Group level when he overcame a torrid passage to beat a top field in the Group 3 $31,160 Chris Garrad’s Patron’s Purse.

Bred, part-owned and trained by Shane Fraser and driven by Angus Garrard, the four-year-old gelding lifted his stake tally to $232,784, the result of 12 wins and seven placings in 25 starts.

Tardelli and Hold Onto Ya Bling, both products of last year’s Redcliffe sale, were very impressive winners of the two heats of the Garrard’s Redcliffe Yearling Sales Series for two-year-olds.

Tardelli, bred and raced by Alf Spina, record his sixth success from only seven starts for $83,094, while Hold Onto Ya Bling, who was bred by Monarch Farm and bought by Shannon Price for $16,000, posted his second success.

The Redcliffe Sale has been a consistent source of star performers for buyers over many years, from the likes of Leo’s Best, Mathilda Diventa and Celtic Cruza, but it’s been in more recent years that its reputation for quality graduates has developed even further.