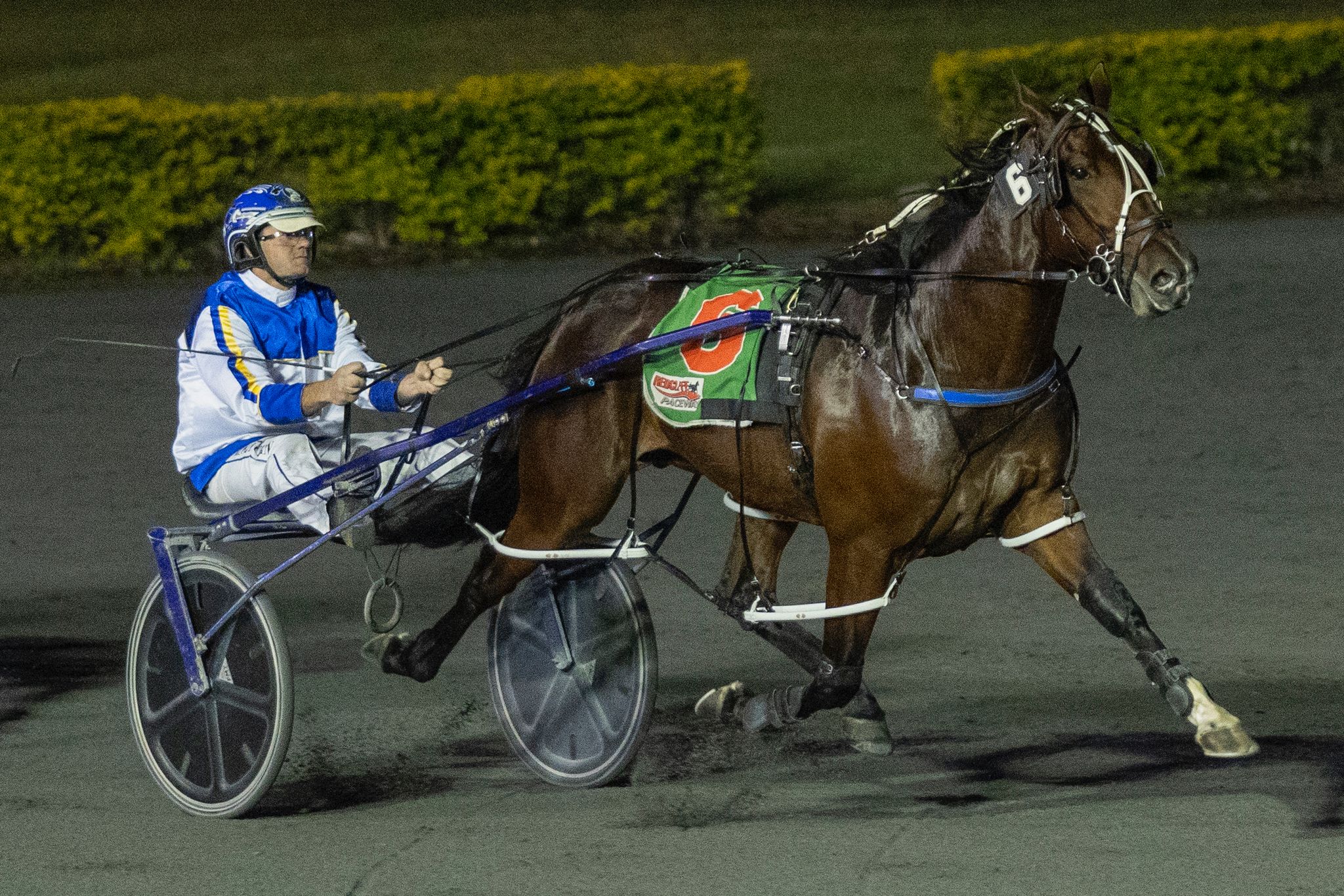 It is not all about the pacers and trotters for trainer Rickie Alchin when he makes his annual trek north for the Constellations Carnival.

Alchin – who drives and trains – has been coming to the Sunshine State for the last five years, usually setting up shop on the Redcliffe Peninsula.

And, while it is always busy of a morning on Redcliffe’s Knight Street getting the team ready for their upcoming assignments, the popular horseman is quickly out on the boat as soon as the last horse has finished his work.

“You have got the water and there is quite a good lifestyle up here,” Alchin said.

”Mainly getting out of the weather in Sydney and up here to the sunshine, but I love my fishing and any chance I get I like to get out there and hopefully catch a few fish.

“While we are busy of a morning with the horses, there is still that chance to get out there in the afternoon and enjoy that lifestyle.

“It is a bit of an outlet as a holiday.”

The Triangle at Redcliffe will always hold a special memory in the mind of Alchin, with his maiden victory at the highest level of racing coming at the track when Regulus claimed the Group 1 two-year-old prize in 2018.

Located at Menangle in NSW for the majority of the year, Alchin has become a frequent Queensland visitor for the feature part of the season.

“I do not think there could be a better spot really, it has got everything we need as the track is only 100 metres away from our stable,” Alchin said of his Redcliffe winter holidays.

”The track is in good condition.

“We did not plan on coming up here every year but the first year we did it, we really enjoyed it and we will continue to come.” 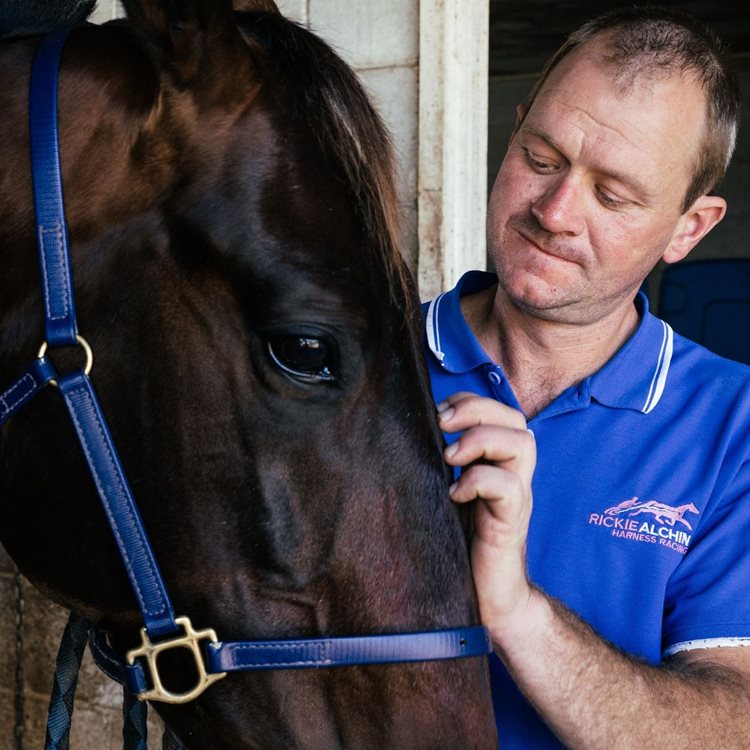 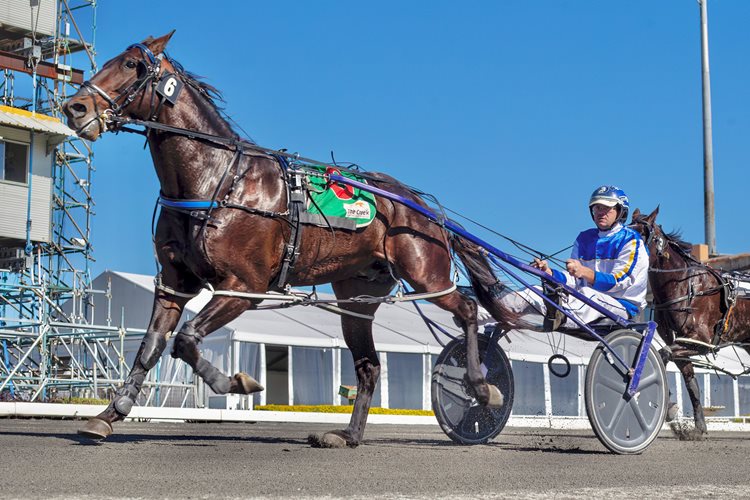 Captain Crusader – a contender for this week’s Redcliffe Cup – is raced by La Spina and his family, as is emerging two-year-old Tardelli, who put on a show last week in a 2022 Garrards Redcliffe Yearling Sales Series 2YO Heat.

The voice of harness racing in Queensland Chris Barsby believes Alchin is set for the most prolific Constellations Carnival since he first came up five years ago.

“Rickie is awesome for the Queensland carnival, he has great Queensland supporters in his main owners being Alf La Spina and the family,” Barsby said.

“The owners put plenty in and they want results and Rickie gets them.

“Rickie has a lot to look forward to this carnival.

“Just to have Rickie involved, this is his fifth time coming up and the team of horses he has this year, it looks like it is the strongest team he has ever brought north.”

The Redcliffe Cup will this Saturday evening be run for $100,000 for the first time.

The Redcliffe Cup has become the only Group 1 pacing event on mainland Australia to feature a standing start, adding an extra dimension to the race, with the prize money uplift co-funded by Racing Queensland and the Redcliffe Harness Racing Club.

“It has been a collaborative effort between the club and RQ, so I need to commend Bernie Ring and his committee,” Brick said.

“It is the richest standing start race in Australia from a pacing point of view.

“It is really creating some interest and the field will be really strong.”

The Alchin barn has had Captain Crusader set for the Redcliffe Cup for some time.

Captain Crusader faced a speed bump in his preparation for the feature event in last week’s Group 3 Patrons Purse at the track, finishing over 11 metres behind the winner as the race favourite after leading for much of the journey.

Speaking at the Constellations Carnival launch before the Patrons Purse was run, Alchin was confident his stayer was ready for a strong campaign. 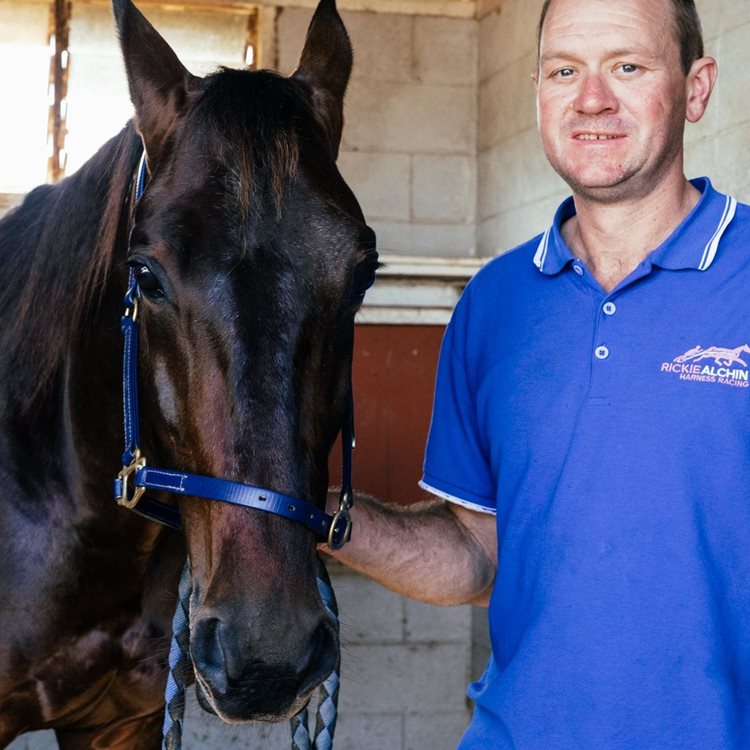 “He is a speedy horse and he has raced in all the big races across his career,” Alchin said.

“He seems to be right on point at the minute.

“I would like to see him get to the front in the Redcliffe Cup – he probably should depending on what nominates.

“It is an intriguing race, a standing start around the Redcliffe track, it will not be a boring race.

“The track and the way it is makes the racing unique as well.”

Captain Crusader put together an unlucky campaign this time last year, running into classy horses such as Krug and American Dealer on a number of occasions, which limited his Group level winning opportunities.

Exciting youngster Tardelli is primed for the Group 1 Redcliffe Yearling Sales Series Final on Saturday night after a commanding 34 metre demolition job of the field in his heat.

The son of Huntsville already has a victory at the highest level on his resume, landing the 2022 Group 1 Bathurst Gold Crown.

“He is a really nice horse but he is still learning to race,” Alchin said.

“He is all class and they will know he is there.

“He may have another run at Albion Park later in the carnival but his main aim at the minute is the Redcliffe Final.”