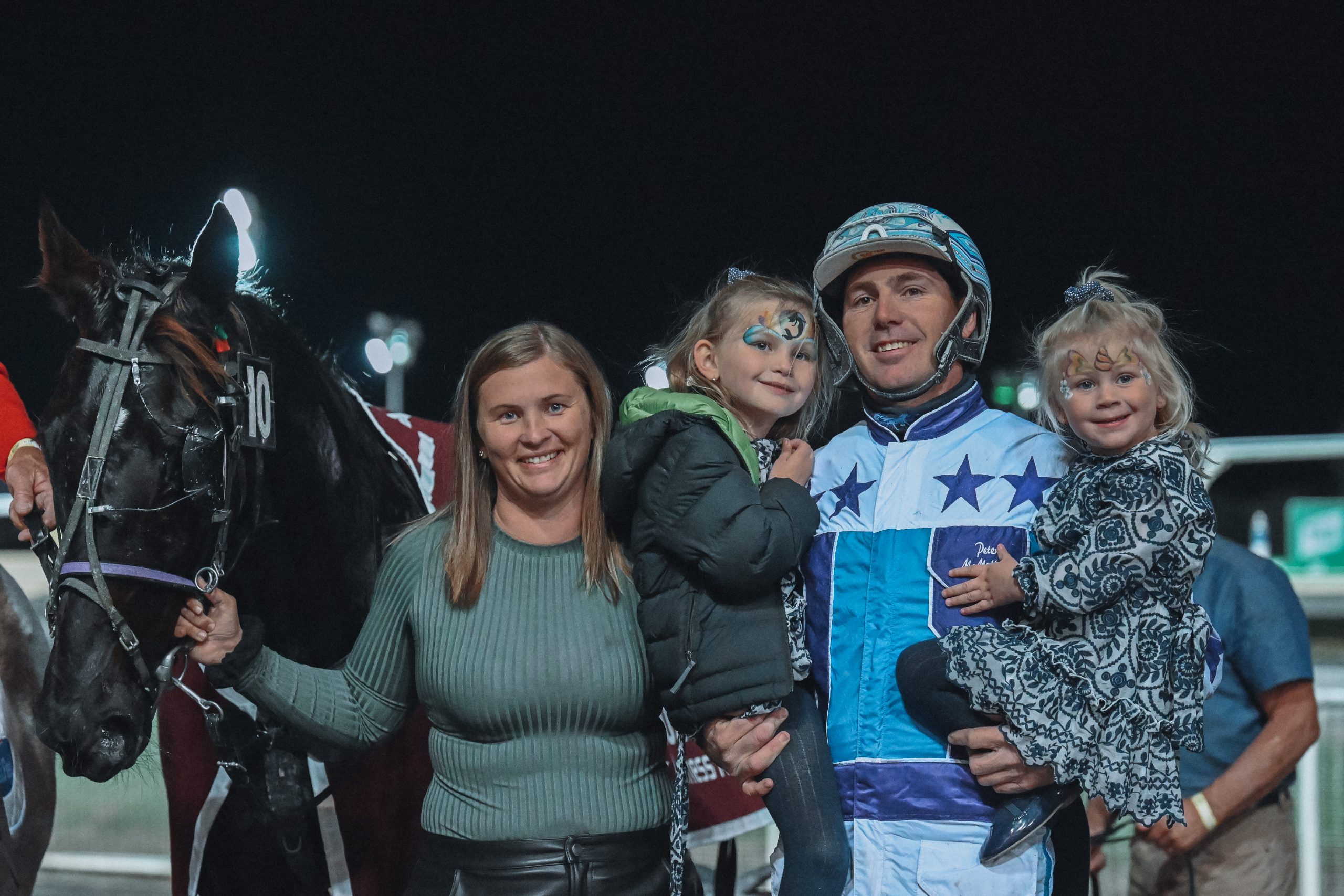 The Dalai Lama once famously said “the purpose of our lives is to be happy.”

For Taree dairy farmer John Polson, his life is complete and happy, with thanks to an unheralded mare from New Zealand named Washington Lass.

John Polson, 62, was born and bred in the northern New South Wales region. Farming became his life’s work after he took over from his father to run a huge head of dairy cows. Harness racing, however, is his passion and his ‘break’ away from milking the cows.

The thrill of spending a night at the trots in the Hunter region with his parents left an indelible impression on the youngster who, like many, was captured by the people, noise, majesty, and the ribbon of light.

Naturally, the deeds of the legendary A D (Tony) Turnbull resonated with the harness racing tragic and, in time, he followed the path of Tony’s son Steve. The results flowed easily for the famous family from The Lagoon, near Bathurst.

“Those memories have never left me. I was completely captivated and immersed in owning a pacer as soon as possible. Obviously, I had to bide my time and get my life sorted before I ventured into ownership, so I was probably about 25 years old when I secured my first horse,” Polson said.

Before long Polson sent his first horse to Turnbull and for the next quarter of a century Polson has maintained a horse within the stable.

The best performer for Polson was Royal Surprise, a 20-win pacer who amassed more than $225,000 before retirement. Polson was blissfully happy.

Another pacer performing for Polson at the time was Instant Chemistry, prepared by Menangle-based David Thorn. The Grinfromeartoear gelding then switched to Turnbull before eventually landing in Brisbane and joining the youthful yet burgeoning stables of Chantal Turpin and Pete McMullen.

The association with the Patrick Estate couple happened by chance after several other local trainers failed to answer or return calls to the Taree farmer. It proved to be a real fork in the road moment for all involved.

With the career of Royal Surprise winding down, Polson was advised by Thorn about a prospect in New Zealand. Due diligence was done and the mare by the name of Washington Lass soon arrived in Sydney. 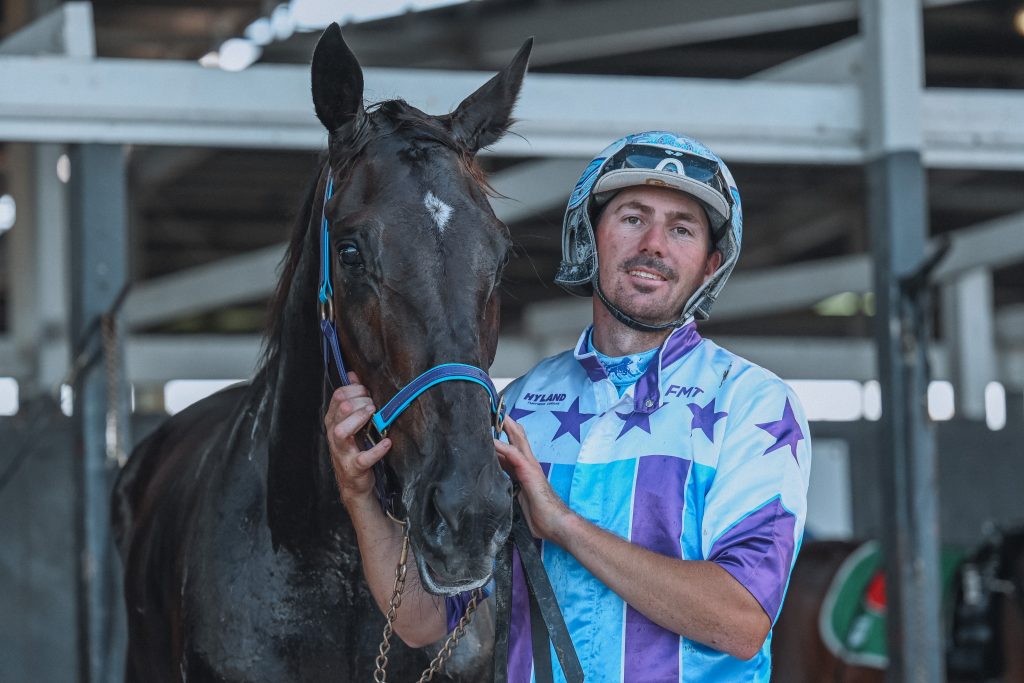 Bred by Ian Hunter and purchased from Russell Ferguson’s Edendale stables, near Wyndham in the deep south of New Zealand, Washington Lass was a 10-start maiden at the time of purchase but did boast four minor placings to her credit.

Upon arrival, the Washington V C mare was diagnosed as a “roarer”. The term “roarer” refers to horses with a condition called Recurrent Laryngeal Neuropathy (RLN) or Laryngeal Hemiplegia that affects the upper airway of the horse. “Roarer” is used because of the noise that is often heard by horses with this condition during work, or strenuous exercise.

A tie-back operation was required.

Despite her condition, Thorn had Washington Lass win six of her first 10 starts, all at Menangle, which also led to her being crowned the 2011/12 NSW Provincial Horse of the Year.

Another issue Washington Lass battled was always being in season, which prompted the move to Brisbane.

Washington Lass won her first two starts at Redcliffe, both in fast time, before graduating to Albion Park where she managed to win once but in 1:55.9.

In just 11 Queensland starts, Washington Lass scored three victories and had two minor placings before going amiss and being retired.

In total, Washington Lass built a record of nine wins and 13 minor placings from 43 career starts with earnings of $53,789.

With her final start coming via the Group 3 $30,000 Fleur De Lil Ladyship Stakes at Albion Park on July 11, 2015, Washington Lass went to the paddock in readiness for the next phase of her career.

“Time ticked by and it wasn’t until my good friend (and co-owner) Dougal Johnston asked me what my plans were with Lass before it jolted me to start planning. I tried previously with We Will See back in 2013, but she missed,” Polson said.

“I have the mare based at Egmont Park Stud under the care of Peter and Leann Bell. They’ve been terrific for me with Lass, and I decided to send her to A Rocknroll Dance and the resultant foal was Blacksadance.

“My favourite horse was Blacks A Fake. My guy was a big black horse like him, so I named him after Blacks A Fake, in sorts. I used to be worried Blacksadance was not good enough to be named after Blacks A Fake. I raced Itsoktobefake who was by Fake Left; he must have been an amazing horse because he left such great horses.

“I went back to A Rocknroll Dance the next season and we got Big Wheels. I named him after the Rolling on the River song as I’m always singing it rather loudly. I sing it even more now when I’m driving my cow truck.”

With Blacksadance and Big Wheels starting to bear fruit, Polson decided to change things up and decided the next consort for his mare would be the Somebeachsomewhere stallion Sunshine Beach. 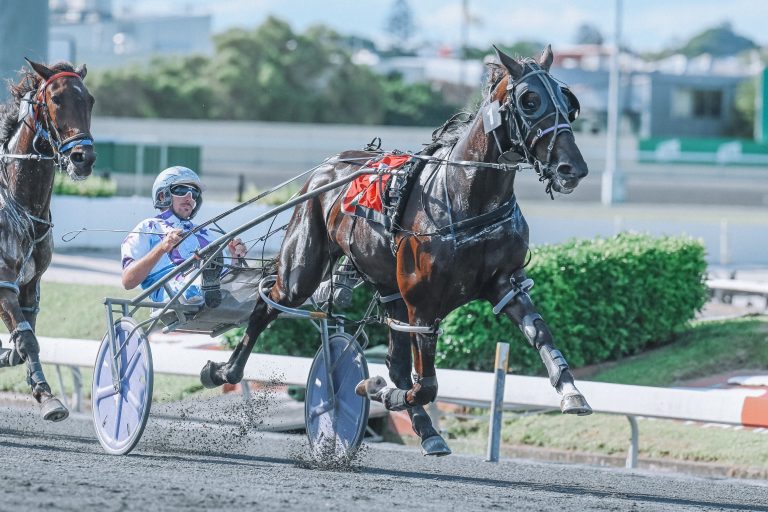 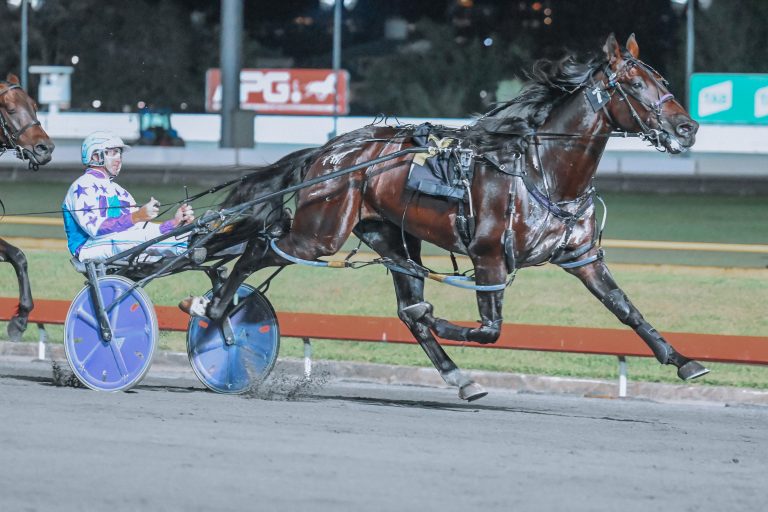 “I selected him after spotting one of his foals and thought it was just a magnificent type,” he said.

Another colt was delivered safely but the latest offering looked a lot different to his older siblings.

“He was a strikingly handsome foal. He looked like an athlete from day one, so I wanted to name him well. I wanted him to have a name starting with the letter ‘A’ and I produced Awaywego. I don’t know why but I’m a bit old fashioned like that,” Polson said.

“When he was born, he was the first foal born with two white front legs at Egmont Park in years, so I thought he might be special.

“The following season I was keen to go to Captaintreacherous but I was knocked back, so I went back to Sunshine Beach. I got a full brother to Awaywego, and I’ve nominated him for the Australian Pacing Gold Yearling Sale. She’d had four foals for four colts at that stage.

“Given how well the boys had performed to that stage, I persevered with Captaintreacherous and got accepted and she finally delivered a filly, which I’m really pleased about. What a sire he is becoming, and to have a filly is quite exciting. I’ve got her booked to Bettors Delight this season, so my hopes are high.”

Naturally, Washington Lass was crowned the 2020 Queensland Broodmare of the Year by Racing Queensland owing to her deeds with Blacksadance, Big Wheels and Awaywego.

With his trio of stars winning more than 22 races and banking more than $350,000 to date, Polson is incredibly happy with the way things have played out for his chance buy from New Zealand almost a decade ago.

But he does have one nagging itch that needs scratching.

“Because of the pandemic I haven’t been able to cross the border to watch the boys race for some time, and that’s really frustrating. I enjoy being with the horses both at the track and at the stables and spending time with them. They’re such wonderful animals,” Polson said.

“I love being involved with the pacers. There’s such a difference between our code and the gallops. It’s so entertaining and wonderful under lights. You can follow races and really embrace the people involved who do such wonderful work.

“I can’t wait to get back to Brisbane to watch them race at Albion Park. Being at the trots is far more satisfying than watching the other codes. I’m so lucky to have this mare and the joy she brings me is unbelievable. It’s great to be on this ride and to have met so many good people.” 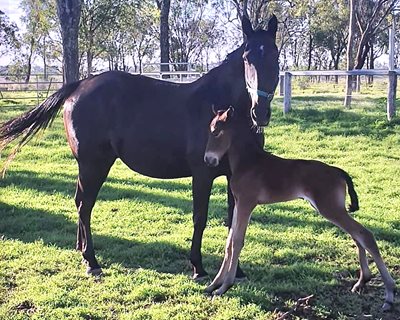 Hoofnote: Polson has enjoyed considerable success with the progeny of A Rocknroll Dance. He and Dougal Johnston race the talented two-year-old Pas De Cheval from the stables of Steve Turnbull, a filly they bred from the Art Major mare Then We Dance. 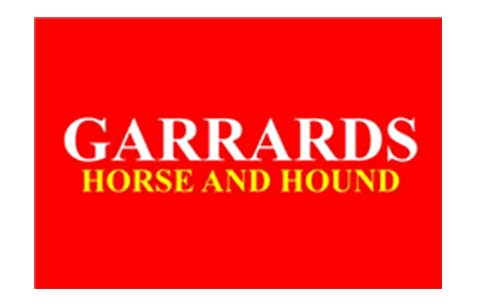 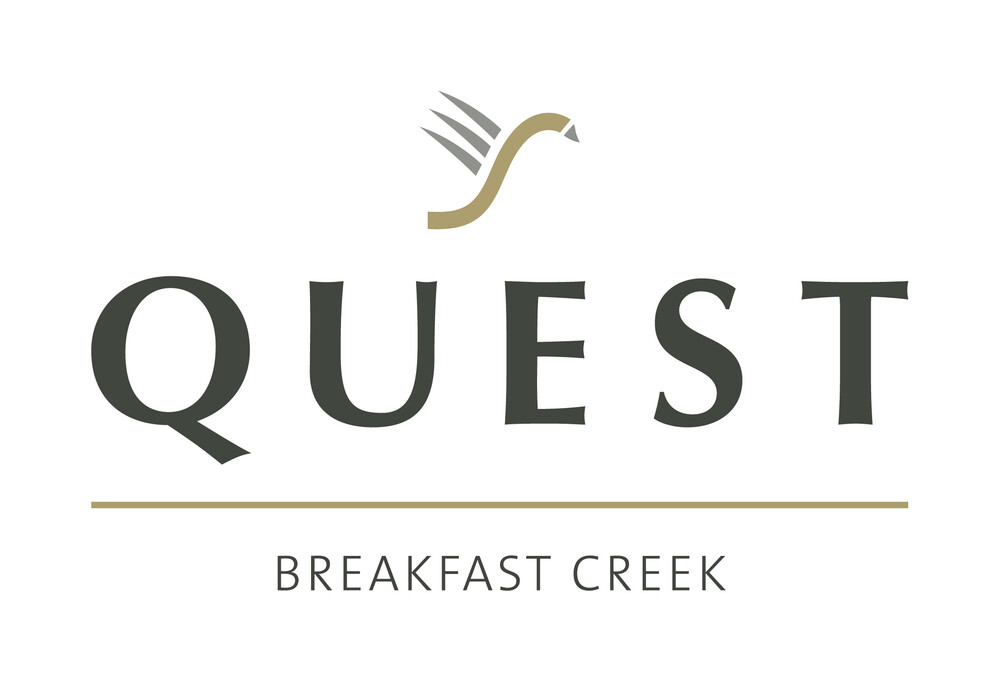