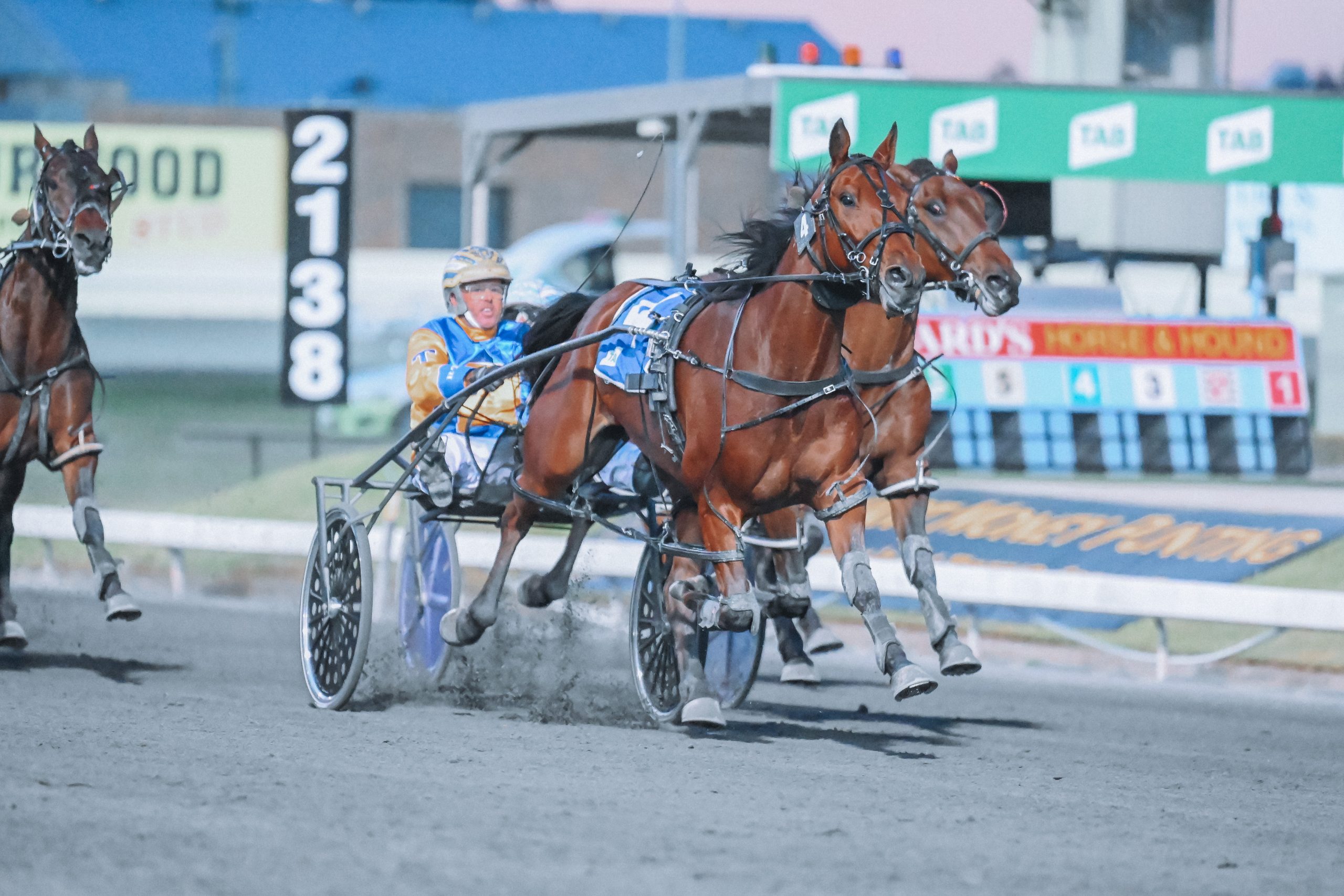 A much more settled and mature nature is giving the Ricky Thurlow stable the opportunity to see the best of The General.

The bay gelding recorded the quickest time in the inaugural Group 2 Peak Of The Creek heats on Thursday evening at Albion Park, therefore deciding to be able to start with an inside draw in Saturday evening’s Final.

The Thurlow team looks towards Saturday’s Final with The General, who claimed the quickest time of 1.56.756, starting from one and stable mate Ohoka Chopper in eight.

With just 25 race starts on his resume, The General has slowly improved over the back end of 2021, according to his trainer, following his move north from NSW after originally starting his career across the ditch.

“I thought all four of my horses I had in the heats were great chances, without being too confident, as I knew they needed a bit of luck,” Thurlow said on Friday morning following the heats and barrier draw.

“The General got a bit of luck around the first corner in his heat.

“He is the type of horse that has a lot of ability but he does not know how to race, he is still immature but he is getting there.

“We have been trying to get him to settle, which has been doing well lately.”

The new race provides horses with a National Rating from 55-70 with a $50,000 Final with the first ever Peak Of The Creek, which is part of the 2021 TAB Queensland Summer Harness Racing Carnival. 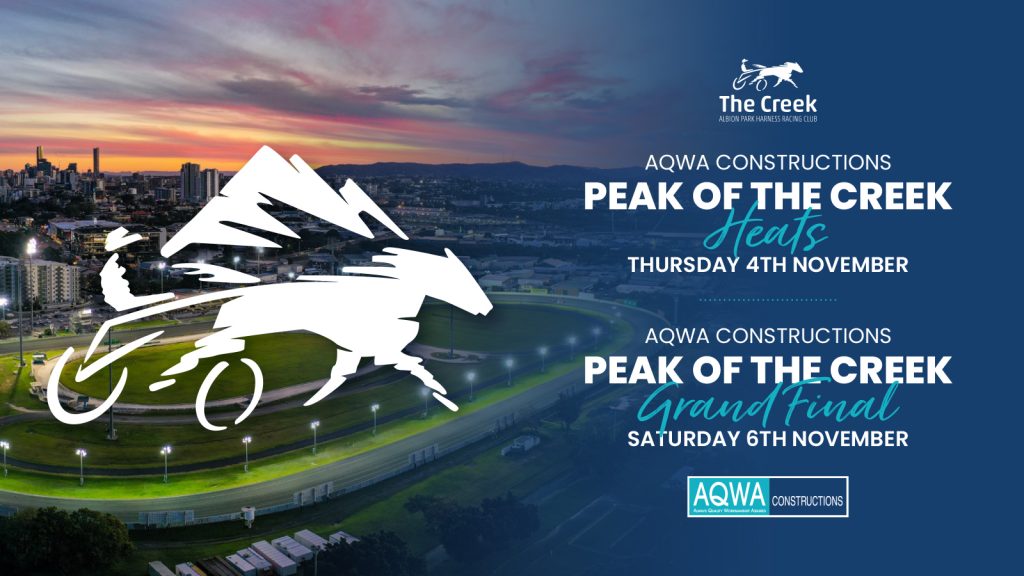 North Maclean-based trainer Graham Dwyer, who had three from his stable start in the heats, backed the new concept.

“It is an idea and I think new ideas in our sport is great,” Dwyer said.

“I think this concept is on the right track.”

As he did in the heats, Thurlow will drive The General in the Final.

While The General qualified fastest and was able to select his preferred barrier, Thurlow is not discounting the chances of his stable mate, who will be driven by Zac Chappenden.

“Ohoka Chopper is an opportunistic one, he is a nice little horse, he has got good gate speed where he can put himself into a race,” Thurlow, who trains a team of 11 horses at Logan Village, said.

“Unfortunately he cannot do that from eight on Saturday night but as a rule he is quick off the gate and makes his own luck really, getting into positions.

“On Thursday night, he ran as quick as he has ever gone and he did not shirk his task.

“He made up a little ground on Uncle Shank and he will like the run he will get on Saturday night.”

In-form Queensland driver Pete McMullen, who qualified second fastest with Uncle Shank and snapped up barrier two, expects there to be plenty of speed early on over the 1660-metre trip at Group 2 level.

“I think that is obviously the plan to lead but I am sure there is others with the same plan,” McMullen said.

“We have to map it as we go, it would be nice to get a nice easy lead but I cannot see that happening.

“I think the concept is great, I love seeing feature races getting added to the Queensland calendar.”

Thurlow, who started season 2021 with a bang and was leading the State Drivers Premiership early in the year, backed the new concept of the Peak Of The Creek as an exciting new initiative in the industry.

“The General is quick off the gate and so is Uncle Shank,” Thurlow said of the early tactics on Saturday evening.

“Uncle Shank should come out and hold the outside one and hopefully The General will be in behind the leader.”