Tubbs and Sugars feel right at home in Queensland 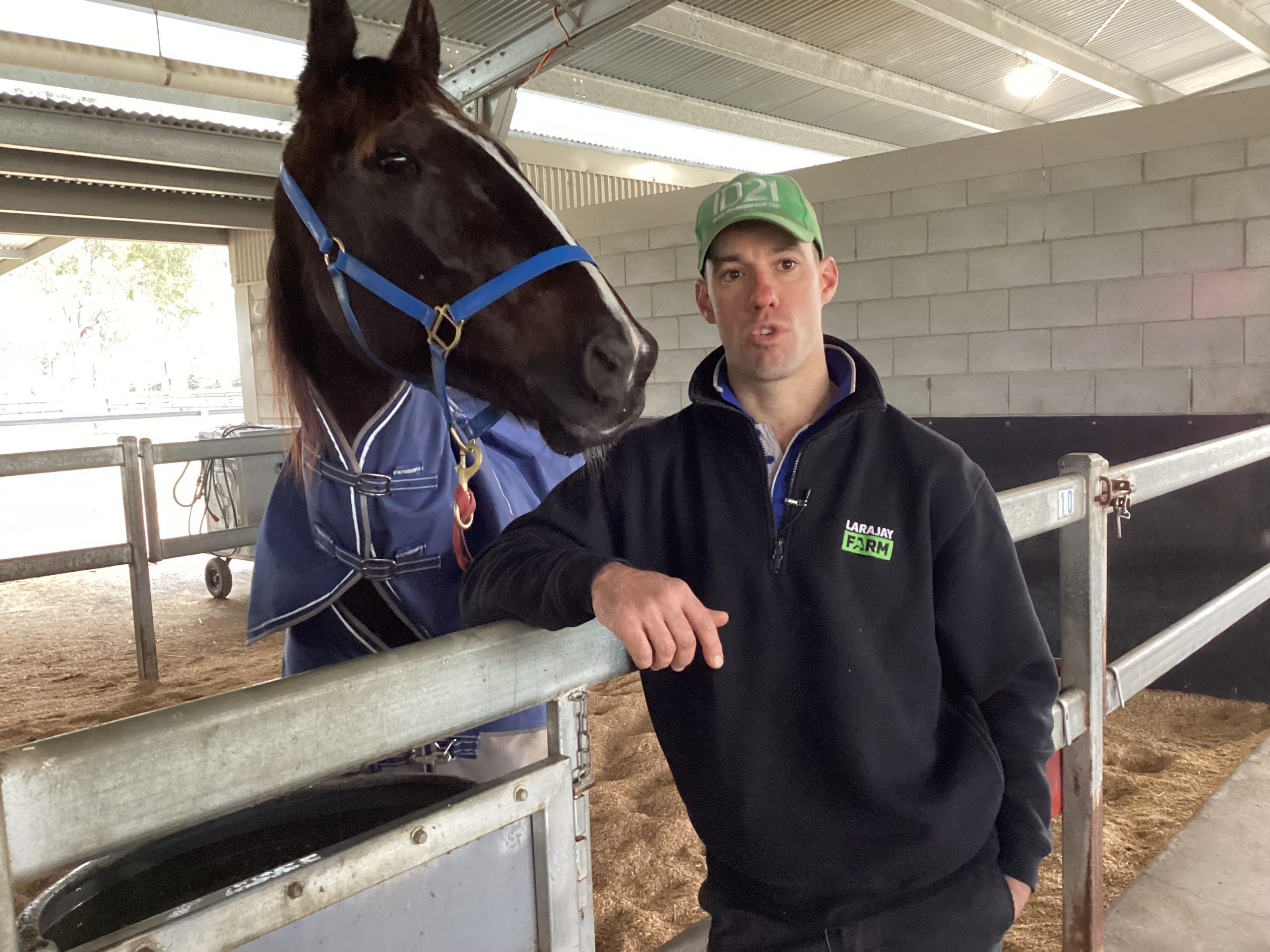 Just as the late Alan Tubbs did for her all those years ago, Queensland’s Shannon Price is throwing open her doors to a visiting barn for the 2022 carnival.

The 48-year-old Price recalls travelling her pacers and trotters down to race in the southern states and her team was always been aided by Tubbs.

And, after Group 1 star Better Eclipse secured his spot in the $305,000 AQWA Constructions The Rising Sun, Price was more than happy to return the favour.

Sugars arrived with the team late last week ahead of the Group 1 event for Better Eclipse this Saturday evening at Albion Park.

Being able to arrive in a new state to a welcoming face and stable is beneficial, according to top driver Sugars.

“We have had a long association – mainly with Jess’ family – with the Price family, going back a long, long time,” Sugars said.

“We have trained horses for them down in Melbourne in recent years and we have had a bit of success.

“This is the first time I have travelled horses up here to be with them and they are looking after us really well.” 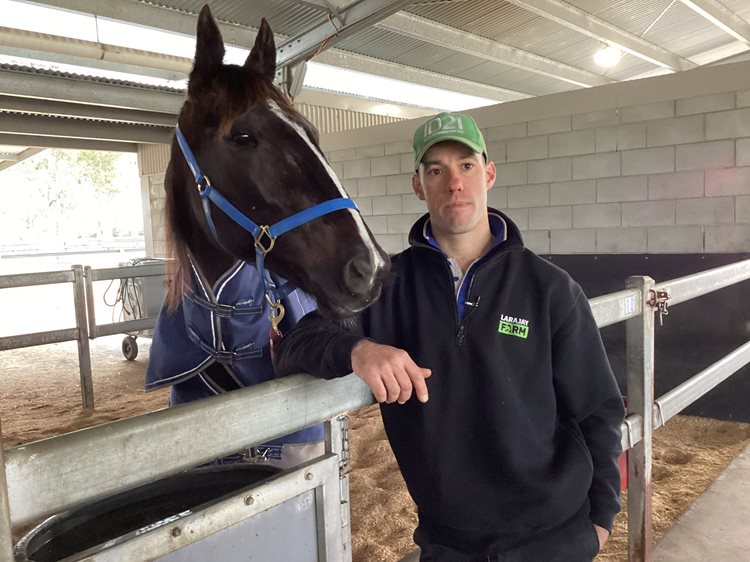 The stables have transferred horses between each other in recent times, with the prolific Sumomentsomewhere starting out in Victoria before finding his niche in the Sunshine State.

Referred to as an iconic horseman and training genius, Alan Tubbs passed away just two days after his 61st birthday in late 2017.

He was described as one of the most respected and revered conditioners of his generation as Tubbs claimed numerous feature races across his career.

And, Jess is continuing that legacy.

Price is more than happy to open up their 700 metre track – which is based at Alberton between Brisbane and the Gold Coast – and their stable’s to the Tubbs operation.

Price, a multiple Group 1 winning trainer herself, expects to field more phone calls from interstate trainers when word of mouth travels from Sugars and Tubbs about her impressive facilities.

“They look after us when we go down there,” Price said.

“We have been staying with them for many, many years after we met Alan Tubbs – who is Jess’ father – we stayed with him.

“Every year the carnival is getting bigger and bigger in Queensland and there will be more people wanting to stay here once the word gets out about the facilities here.”

As one of four invited runners for the second edition of The Rising Sun, Better Eclipse put the writing on the wall before the call was officially made.

The four-year-old announced himself as one of the nation’s most exciting pacers when claiming a maiden Group 1 title earlier this year, scorching the track in what was one of the fastest races seen in Australasian pacing history to take out the Chariots of Fire.

His next start solidified his status amongst the top echelon, with a supremely impressive third placing in the famous $1 million Group 1 Miracle Mile behind the nation’s premier standardbred, King Of Swing.

He has drawn 13 for Saturday’s feature event with the TAB installing the Victorian as a $7 chance as of Tuesday afternoon.

Despite the tricky gate, Better Eclipse has shown he can come from behind to finish over the top and Sugars thinks he has the ability to do it again in the Sunshine State.

“He is an adaptable sort of horse, he can run the gate good himself and he can follow speed really good,” Sugars said.

“It does not matter what kind of sectionals they run in races when he is driven off the speed, he still hits the line really well.

“I am sure we will be a major player regardless of how the race is run and the barrier draw.”

When the invitation for the race did come earlier this year from Queensland harness officials, Sugars jokes Tubbs had accepted it before they had even finished verbally offering it.

After not being able to travel to the Sunshine State in 2021 because of border restrictions, the team viewed the first edition of The Rising Sun on television and knew immediately they wanted to be involved as soon as possible.

“It looks like another great field that has come together and we are excited to be a part of it,” Sugars said.

“I am sure it is going to be a great contest.

“It was a great spectacle and great race last year and I have no doubt it will be similar this time.” 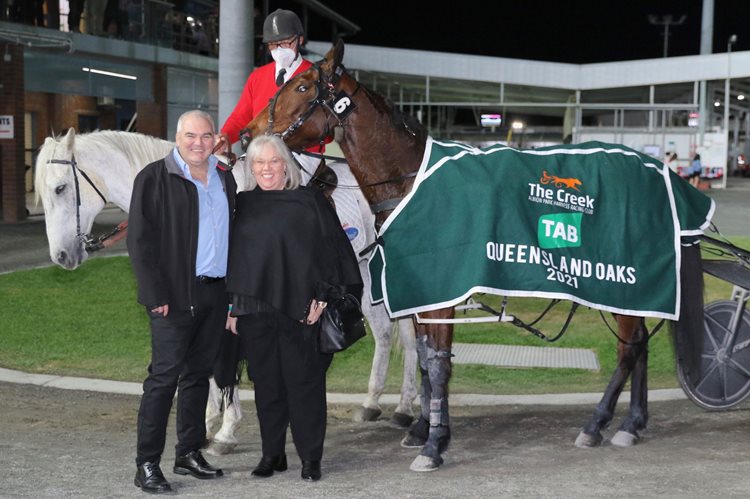 The stable tasted Group 1 success this time last year with Momentslikethese in the Queensland Oaks at Albion Park but were unable to be in the state for the triumph.

The Tubbs and Sugars combination have three runners set for Saturday evening, Triple Eight contesting the Mr Feelgood Open Pace at Group 3 level as well as Momentslikethese in the Fleur De Lil Ladyship Stakes, which is also a Group 3 event.

Better Eclipse is likely to press on to the Sunshine Sprint and Blacks A Fake later in the carnival following The Rising Sun.

By Jordan Gerrans and Darren Cartwright