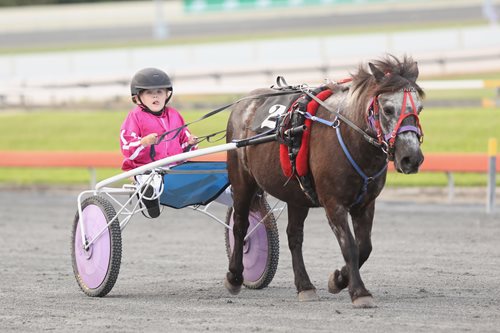 Those were young Lara Whitaker’s words of encouragement to her mini-trotter Phantom Fella during her first ever drive around Albion Park on Saturday evening.

A couple of years on from the unfortunate incident at Redcliffe Paceway where the arm of the pace car came into contact with the three Whitakers – father Gary and his children Lara and Josh – it was a heart-warming moment to see a smiling Lara out competing in the mini-trotters.

While there was a few nervous moments for the family in the lead-up to her debut, Lara’s mum Joedy was proud to see her daughter involved in the code that her family has a great legacy in.

“It was really good to see that she can still enjoy it,” Joedy said.

“It has been in my family for generations so it was great to see her get out there and have some fun.

“We were a bit nervous obviously, putting her on the track and letting her loose because she is so little.

“I was not too bad but Gaz was a bit nervous and had some anxiety around it, he still gets a bit like that when he goes to the track, there is still those emotions for him.”

While Lara finished back in the field in her first spin around Albion Park, that mattered for little as she thoroughly enjoyed the experience, reporting back to her mum later that night that Phantom made her dizzy but it was fun to get out there. 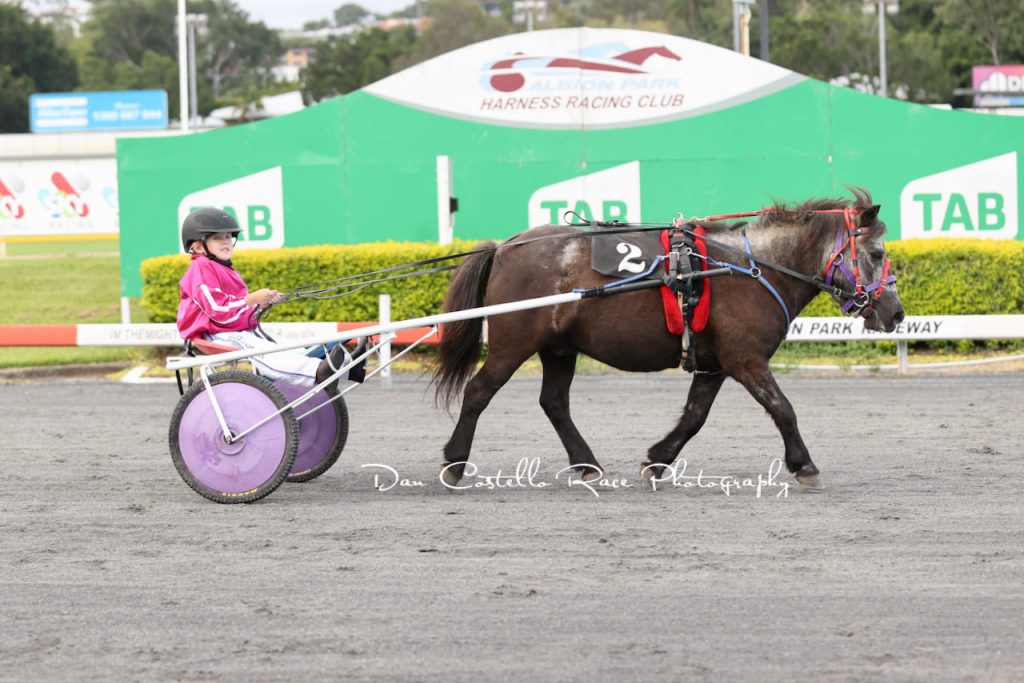 Joedy and the family decided on starting Lara out on Phantom Fella, who is around 30 years of age, as he will help her learn the basics of driving.

Lara has her own pony – Chuck Norris – who she will graduate to driving when she gains more experience as he is a little faster than old Phantom.

“I know the old horse is going to look after her,” Joedy said.

“She was excited, she was looking forward to driving Phantom, the old horse.

“He looked after her beautifully.

“She loves the driving, getting in the gig and having a drive.”

Lara and Josh both ride at pony club, which they enjoy Joedy says, with Josh a keener rider than his sister at nearly four years of age.

Lara is already looking forward to her next experience in the mini-trotters, which is expected to be in the middle of next month at Albion Park.

Joedy prepares a small team of pacers and trotters as well as having a keen interest in breeding standardbreds.