On a Saturday evening at Albion Park for the best part of a decade, legendary trainer Grant Dixon would look forward to one drive more than the rest.

It was usually late in the evening – maybe race 10 on the card – and despite having a stack of important engagements across the early segments of the meeting, Dixon always had eyes for Our Overanova.

Thousands of pacers and trotters have gone through the Dixon barn over the years but the New Zealand-bred trotter Our Overanova will always have a special place in his heart.

It was the son of Monarchy’s reliability that Dixon loved, he always fronted up and ran an honest race, regardless if it was south of the border chasing interstate features or just a run-of-the-mill race in Brisbane.

“I thoroughly enjoyed having him the whole time,” Dixon reflected. 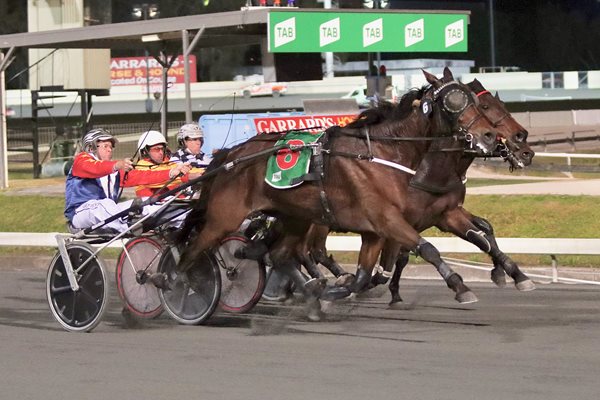 “He was normally in one of the later races and I was always looking forward to getting to him.

“We miss him a lot and as far as trotters go, he was so reliable and never let us down.”

The 11-year-old bowed out in the best possible way at Albion Park in August of last year, going out a winner in the second last race of the evening – that victory his 63rd of his amazing career, of which 51 occurred at that track.

To recognise his career, the Trotters Marathon has been named after Our Overanova with the race to be run for the first time in his honour this week.

Brad Steele – chairman of the Albion Park Harness Racing Club – is proud to see Our Overanova’s career acknowledged at his track.

“It is important we continue to reflect, remember and celebrate his great achievements,” Steele said.

“It is great for The Creek to look back on the great horses that have come and gone and Our Overanova was one of those as a trotter.”

Gold Coast businessman Greg Mitchell picked out Our Overanova from New Zealand after just eight starts in his emerging career, then a three-year-old with one win on his resume at that stage, before he added another 62 in Australia.

The gelding came over without real expectations around what he would produce on the race track but as the voice of Queensland harness racing Chris Barsby declares, he became a legend in the Sunshine State.

“As it stands, Our Overanova is the best trotter we have had in Queensland and his record proves that,” Barsby said.

“I think it is only going to be a matter of time before he is inducted into the Queensland Harness Racing Hall of Fame given what he achieved on the track.

“He became an absolute icon of Queensland trotting, he won features here in his home state and features in NSW and Victoria.

“He will go down as one of our all-time greats.”

The multiple winner of the Queensland Trotter of the Year’s career was headlined by a first Darrell Alexander Memorial Trotting Championship victory in 2014, at Group 2 level, with another win in that feature race to follow in 2017.

It was a defeat in the 2015 Group 2 Cranbourne Cup that also stood out in Mitchell’s eyes, running super, he says, and should have won, but was just beaten a head by Foray.

The respected race caller says Mitchell, who owns the trotter with his wife Sharon, deserves every success in the code.

“He is a huge player behind the scenes in harness racing and he is a really passionate person,” Barsby said.

“He is very loyal to the harness racing industry and it does not matter if it is a pacer or a trotter – he loves both. 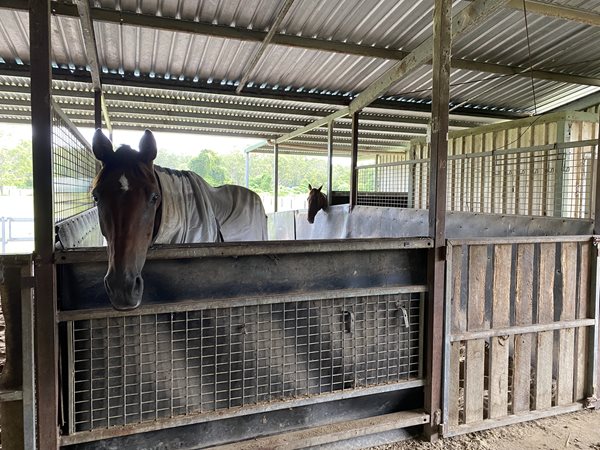 “He has put his money where his mouth is year in and year out, he is always paying big money for horses out of New Zealand and he will go to the sales and spend good money there.

“He is also breeding so he puts in a big, big way – he is also a big sponsor for the code.

“It is great to have like Sharon and Greg Mitchell involved in harness racing and hopefully they will be around for a long time to come.”

In retirement, Our Overanova is living out his days at the Dixon’s Tamborine property, being well looked after following his record-breaking career.

It took him some time to realise he was no longer a race horse but as Grant says, he is now just “chilling out”.

“He actually missed the stable life for quite a period, just in the last bit he has got used to chilling out,” the legend trainer said.

“He missed it because he liked being in work and doing what he did.”

Reflecting on his career, Grant believes Our Overanova was never really appreciated by harness followers until the end of his career as he flew under the radar and did not really win by massive margins, he did just enough to get in.

Grant’s wife Trista, who also drove the retired trotter in his career, likes to have the former stable favourite near the Dixon family.

“We are happy to have him here and up the top of our property so we know where he is,” Trista said.

“He is fed twice a day and he is up near our house so he is just outside the kids bedroom windows.”

While Grant could not pinpoint his favourite victory of Our Overanova’s career, Trista could, selecting the 50th triumph as she was in the sulky on that special occasion.

“I could have never imagined what he would go on to do, with the number of wins he had,” Steele said.

“I know it was an unbelievable achievement, not just for the horse but for Grant as well.

“The Mitchells really love their trotters and I think Our Overanova really put trotting in Queensland really further on the map.”

To be run at Group 3 level with $27,186 on offer in the Our Overanova 2022 Trotters Marathon on Friday afternoon, Grant says the naming of the race is a fitting reward for an Albion Park favourite.

“He just always fronted up for us, he was just so consistent,” Grant said.

“He tried every time he stepped out.

“Most nights at Albion Park he was one of our last runners and more often than not, if you had an average night before that point, he would turn your night around.

“He knew how to win, he never won by big margins.” 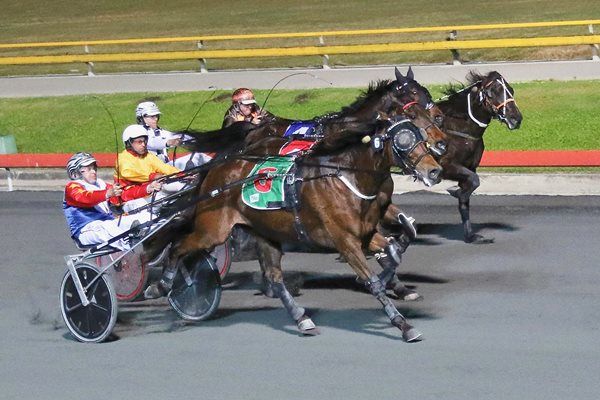