Expensive Ego can rival the King 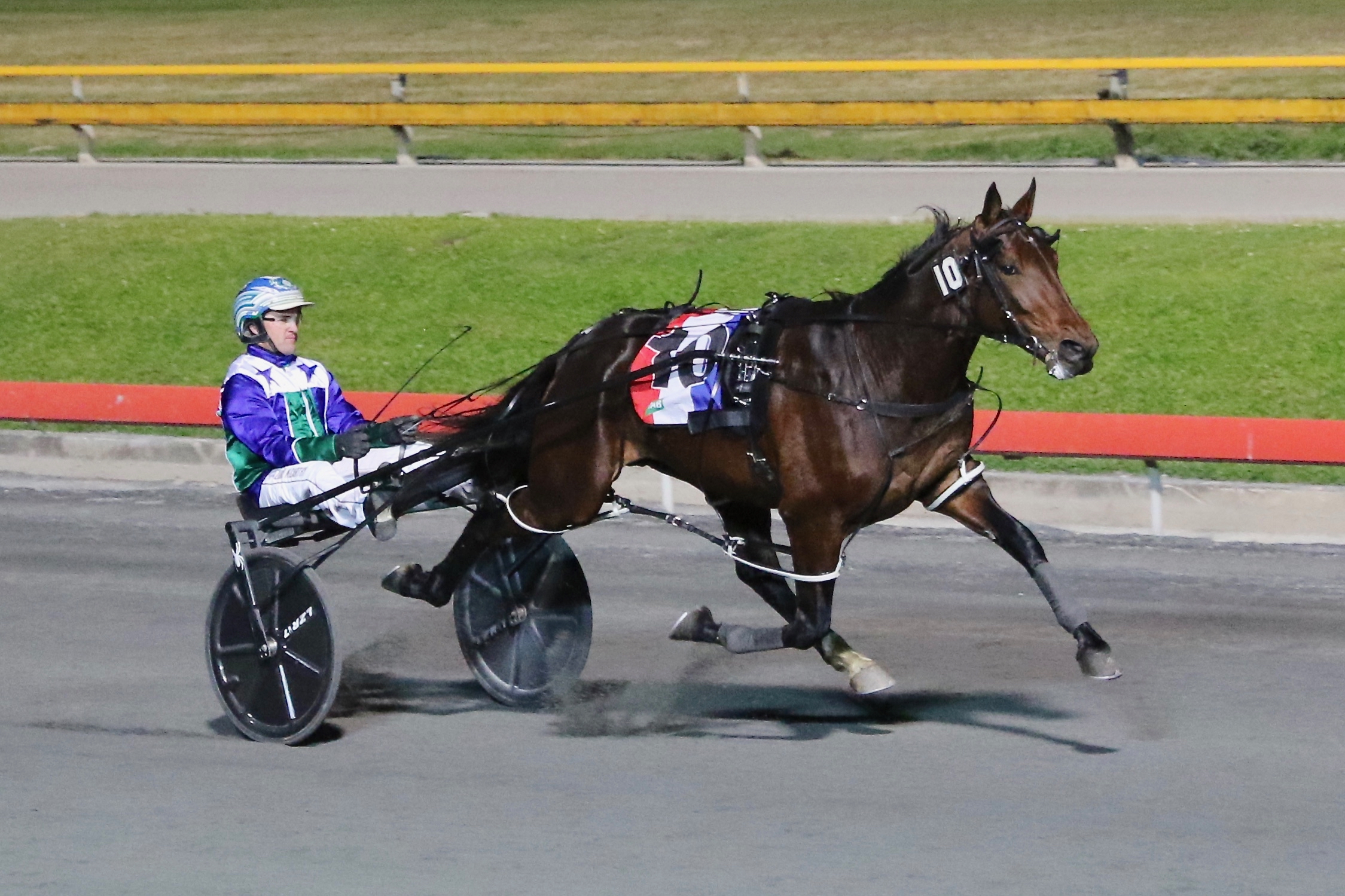 Champion driver Luke McCarthy thinks Expensive Ego might already be as good as his stablemate and Australia’s best pacer King Of Swing.

Given the depth of talent, Expensive Ego, trained by McCarthy’s wife Belinda, may need to be every bit as good as McCarthy rates him to win the inaugural $250,000 Group 1 The Rising Sun at Albion Park on Saturday night.

The race has been a stunning success before it’s even run, attracting three of NZ’s best pacers – Krug,  Copy That and Amazing Dream – along with a terrific support cast, headed by the emerging Spirit Of St Louis, Kowalski Analysis and Bundoran.

And Expensive Ego will have to overcome a back row draw (gate nine), while Krug has a huge advantage from barrier one.

“On sheer ability I think he’s right there with King Of Swing. After he won the Chariots Of Fire, he did plenty of work and still ran a fantastic second to King Of Swing in the Miracle Mile,” McCarthy said.

“I think he’s better now than he was then, just through experience and natural improvement.”

Some trainers may have been worried if their horse had as hard a final lead-up race as Expensive Ego endured to win at Albion Park last week, doing a power of hard work and having to dig deep to score in slick time.

But McCarthy says it’s the opposite with Expensive Ego.

“No, that’s a plus with him. I’m glad he had it, he needed it. A hard run like that has topped him off nicely. He absolutely thrives on hard racing. He’ll make a great Inter Dominion horse (where they race four times in two weeks),” he said.

All that said, McCarthy isn’t heading to Albion Park expecting to win.

“I think we’ve got the right horse and he’s primed for it, but Racing Queensland set-out to create a special race and they’ve got it. It’s so strong,” he said.

“Expensive Ego is one of the big three, Krug and Copy That are the others. I’ll be surprised if one of them doesn’t win to be honest.

“Krug’s got the advantage of the draw, but I’ve got to hope there’s some pressure early and he’s not able to lead and get an easy time for the first bit.

“The best thing with Expensive Ego is his versatility. He’s so tough, I can put him into the race and make my own luck, but he’s also lethal if I sit back and sprint. I can drive him to how the race is run.”

“He’s been terrific winning all three runs for us. He’s so fast and exciting, but this is a big, big step-up for him. That speed is a weapon, but he’d need things to go wrong for the big three to be able to beat them at this stage,” Luke McCarthy said.

If Expensive Ego comes through The Rising Sun well, he’ll lock horns again with King Of Swing in the Blacks A Fake.