Gemma Hewitt to relocate to Queensland 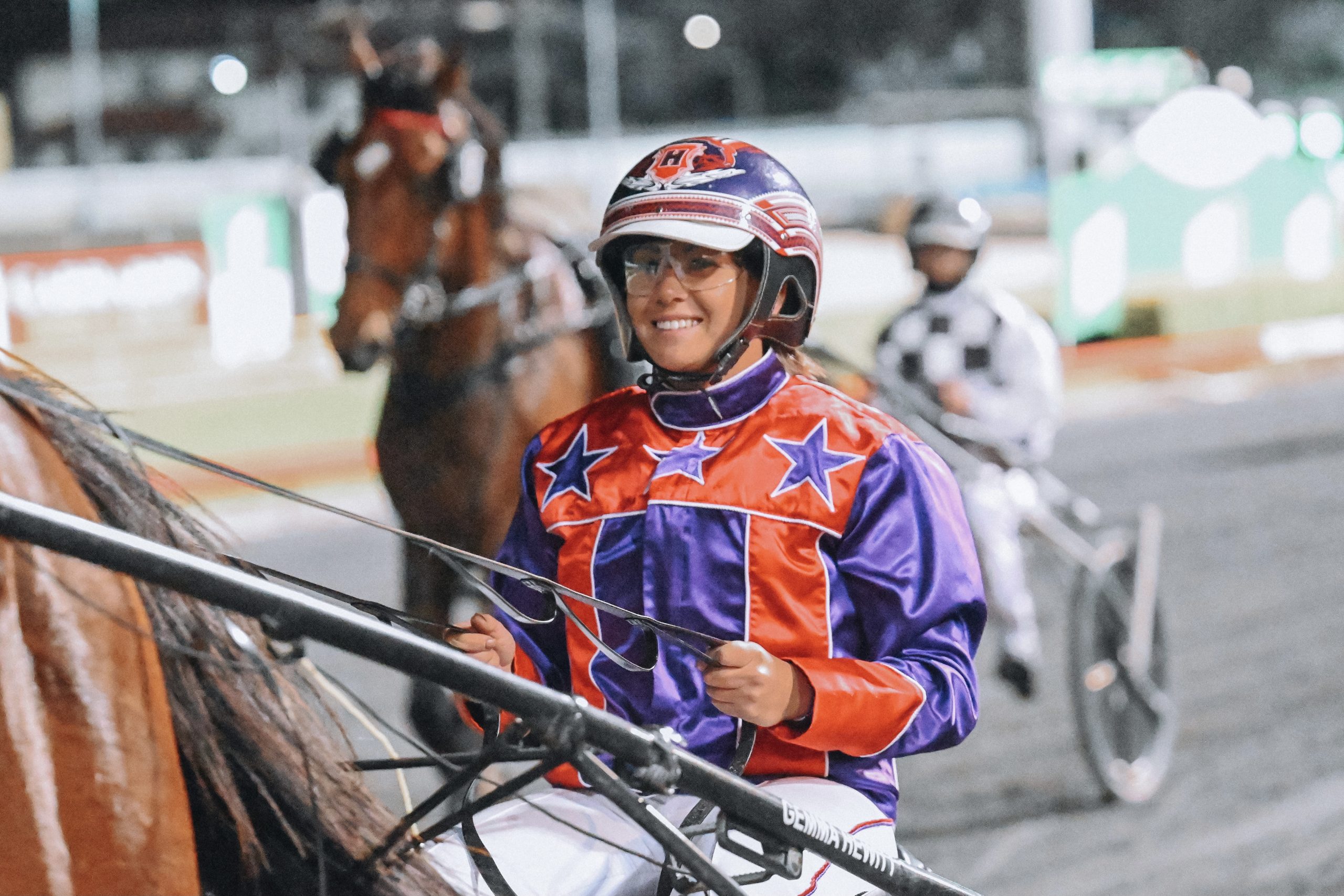 The Group 1 winner has set up shop at fellow former Bathurst-based trainer Jack Butler’s Logan Village stable with a team of eight horses.

From a prominent harness racing family, being the daughter of Bathurst legends, Bernie and Cath and sister to Jason and Doug, Hewitt has had troubles getting back to NSW following the carnival with border restrictions.

And, following that, will remain in Queensland and train her stable for the foreseeable future.

“I came up for the carnival and brought all the horses that I had in work at the time, I came up with an open mind if I would go back to Bathurst or stay here,” Hewitt said.

“I really enjoyed it and I think there is probably better opportunities for me and my team of horses up here.

“This will also give myself and my dad the opportunity to move horses between the stables – this one can be a satellite stable – and they can be sent back and forth, if we need.

“I can probably train a few more here than I can at Bathurst, there is just better opportunities for me.” 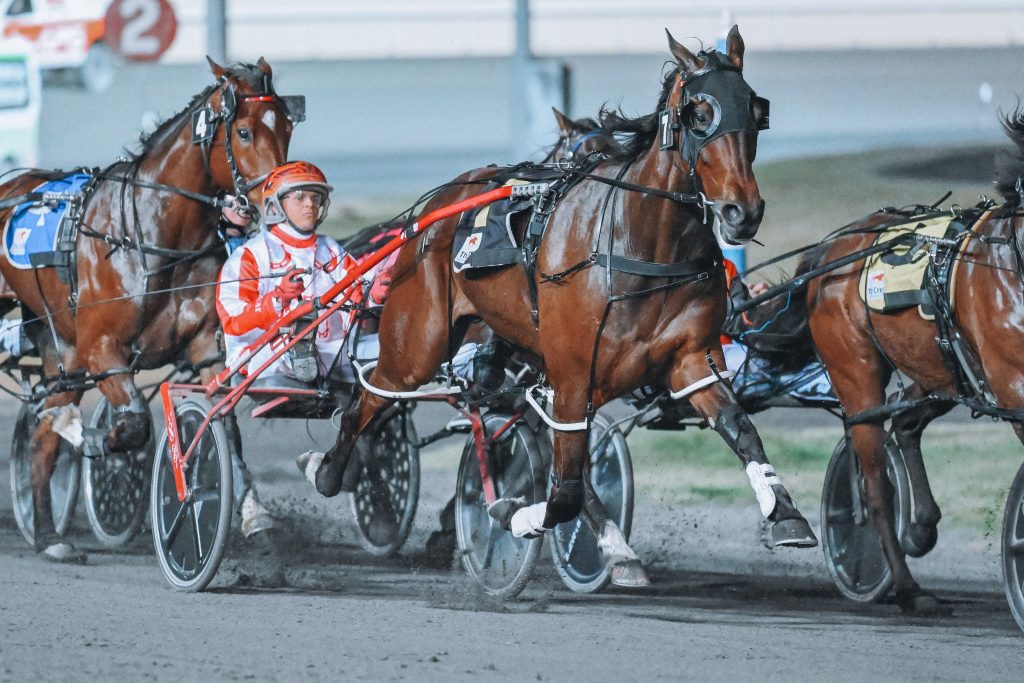 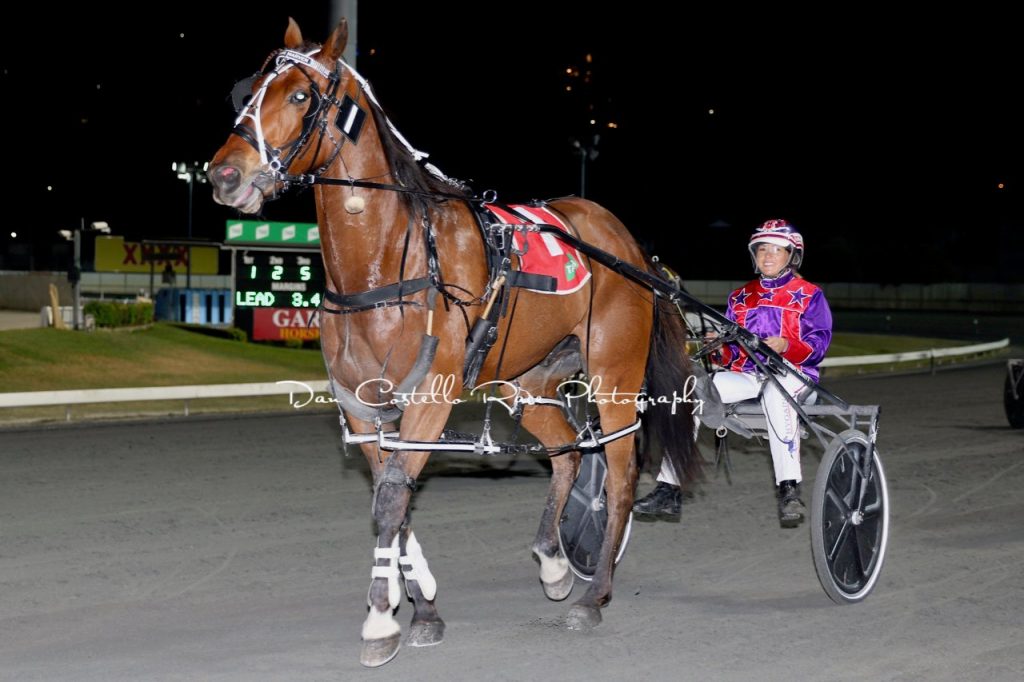 Hewitt has hit the ground running in her adopted state, training a winner on Tuesday at Albion Park – Kashed Up – with stablemate Rock Fisherman getting the money last Saturday night.

Kashed Up won in a speedy time on Tuesday at headquarters and is likely to soon head towards the upcoming NSW Breeders Challenge Series in Sydney.

The voice of Queensland harness racing Chris Barsby recently remarked that it was a great achievement for the Sunshine State’s harness racing industry to be able to land a trainer of Hewitt’s talent.

Butler, who claimed Group 1 glory during the carnival, is an old family friend from country NSW, which led Hewitt to housing her horses on his spacious training property in Brisbane’s south.

“It is great, it has lots of land, good paddocks and great facilities,” she said.

“They have the got the sand track, the walker and the swim – it is just amazing facilities and it really suits my team of horses to have the paddock space.

“They are beautiful people as well.

“I have come up a couple of times with horses before and they have made me feel welcome and really at home here.”

Having been training for a decade, Hewitt feels she moves to Queensland on a permanent basis on the back of her best season yet, winning her first Group 1 as well as going close in a couple of others.

It was Keayang Kreuzer who delivered the trainer her maiden triumph at the highest level, claiming the TAB Regional Championships Western Final over 2260 metres at Bathurst Paceway.

“I have had a pretty big year over the last year, my most successful year so far, so I do not come up to Queensland with any particular goals,” she said.

“I want to have a nice bunch of horses and I am really lucky I have some nice Saturday night horses, hopefully I can poke along with my team.

“I like to have a small select team and have a good strike-rate, that is what I aim for.

“It has been a successful year and I could not have asked for more really.”

The Hewitt stable is backed by loyal owner Wayne Loader, described as a wealthy investor, who has several horses prepared by Bernie across the border and will now be able to have starters more frequently in Queensland with Gemma.

While Hewitt has trained for the best part of a decade, she has only started driving in racing over the last year.

And, following the move to Queensland, she has been granted an A-grade drivers licence, therefore being able to drive on the Saturday night circuit, which she completed for the first time last week.

The Hewitt stable will have three starters on Saturday evening at Albion Park, with Gemma to drive the trio, as well as picking up a drive for fellow trainer Vicki Rasmussen later in the evening.