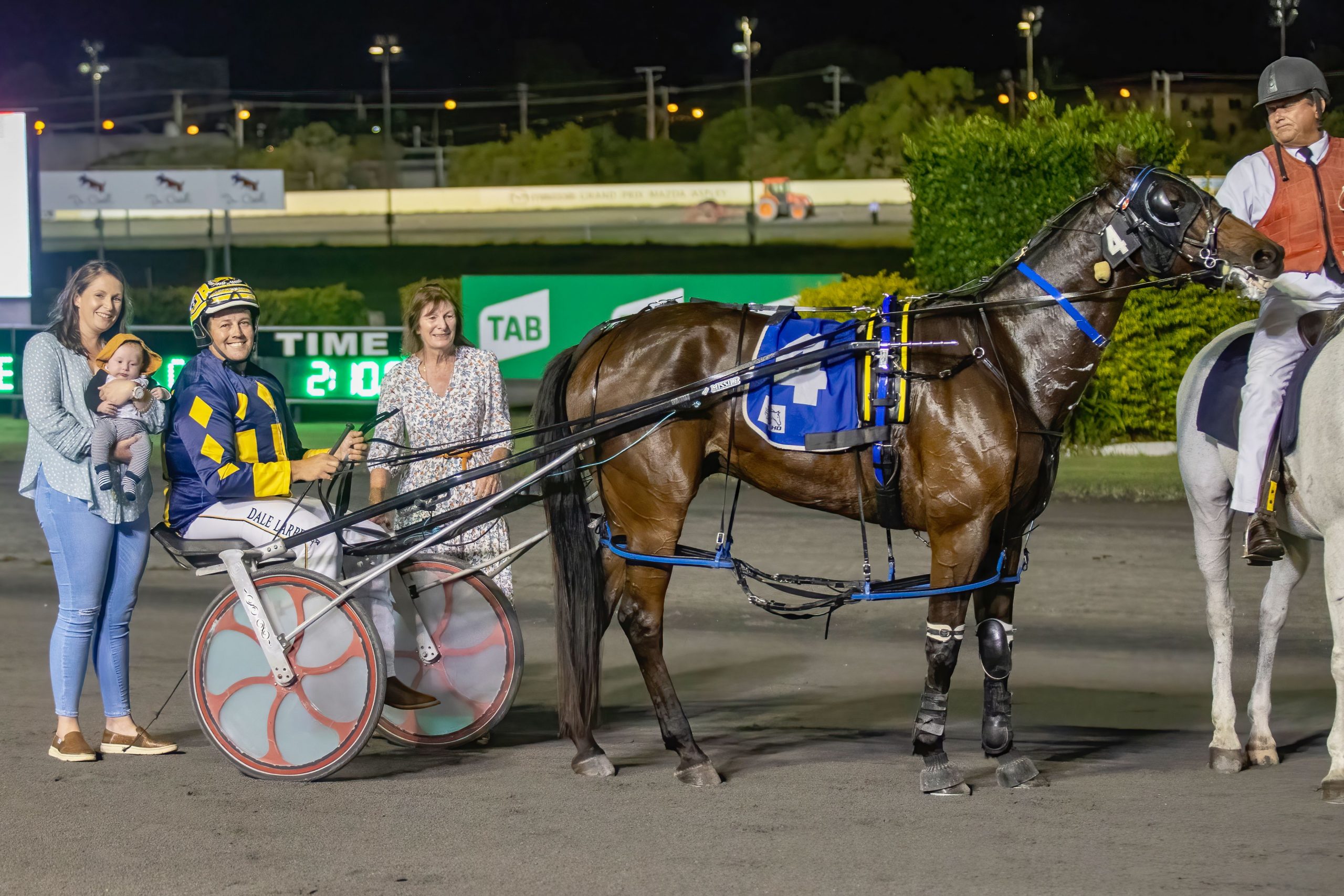 Karly Mason and Dale Larpent sat down before the start of 2022 to discuss their goals for the next period of their life.

With newborn son Reid in tow, the engaged couple put their plans on the table, both personally and professionally, aiming to find out what they wanted to achieve as a family.

While there was several items on the list, at the very top was the consensus that they wanted Larpent to get his harness driving licence back.

And, with a licence back, the duo wanted to prepare a winner, with Mason training and Larpent in the gig. 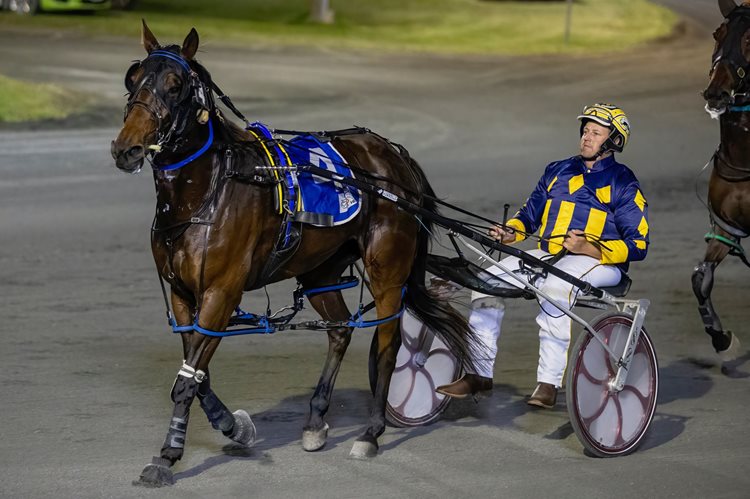 With just three months gone in 2022, Mason and Larpent can now focus their attention in on the rest of their goals list as they have already ticked off their biggest item.

Gelding Sonny Orlando gave Mason her first win as a licensed trainer on Saturday evening at Redcliffe, with Larpent with the reins in his hand for the second driving triumph of his time in the industry.

“The fact that we were able to do it together, it was the most special win I have ever had,” the 28-year-old Mason said on Monday afternoon.

“Obviously being my first training winner, it means something pretty big to us.

“I never thought it was going to happen, I did not have enough faith in Sonny to be able to do it for me, but that he did, it is pretty special.

“Sonny has got me through some pretty  tough times in life.”

Mason and Larpent have been around the trotters and pacers for much of their lives, Mason’s parents and grandparents both personally involved, while Larpent grew up in the sport, too.

After taking 50 drives between 2004 and 2007, Larpent put his electricians trade to use and relocated to Charters Towers, where he would remain for some time away from the harness code.

The 38-year-old driver more recently moved back to South East Queensland and has been with now fiancé Mason since 2020.

“With me being around the horses, I think he just rediscovered what he loved and I am ever so thankful that he does the hard yards with the horses,” Mason detailed.

“Especially in the last year, he has stepped up and given me the opportunity to focus in on Reid. 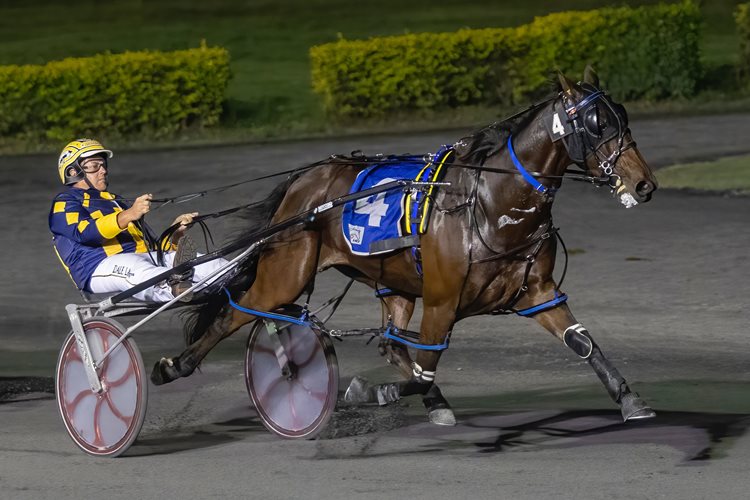 “The win was really Dale’s hard work, I am more the overseer of everything, where he does all the hard work.

“To be able to give him that winner, that is all I ever wanted.”

The veteran pacer who delivered the breakthrough triumph was previously trained by Julie Mason – Karly’s mother – who remains as a part-owner, alongside the trainer.

The stable only have the one horse in work – Sonny Orlando – and would like to have a few more in the future if time permits.

On top of his driving, Larpent works as an electrician while Mason is busy with her young son.
The nine-year-old bay was getting to the stage where the stable were considering his future in work after not winning since late 2020 before Saturday evening.

But through their hard work – as well as young Queensland harness racing driver Jordan Topping who has assisted in the pacers preparations – they added the 15th victory to his resume.

“It was something pretty special,” Mason said. 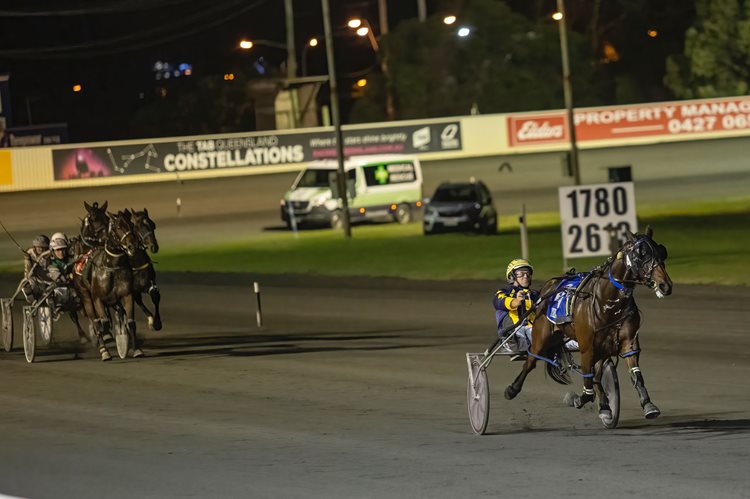 “Me training, mum and I owning with Dale driving and Reid being there, as well, it is really amazing.”

In the victory, Sonny Orlando won by over 30 metres in an emphatic display over 1780 metres.

Sonny Orlando showed no sign of wanting to retire, still enjoying his work, before landing the much-needed triumph.

The team will go in search of their second straight win later this week, with the gelding set to be nominated for Saturday evening’s program at The Triangle.