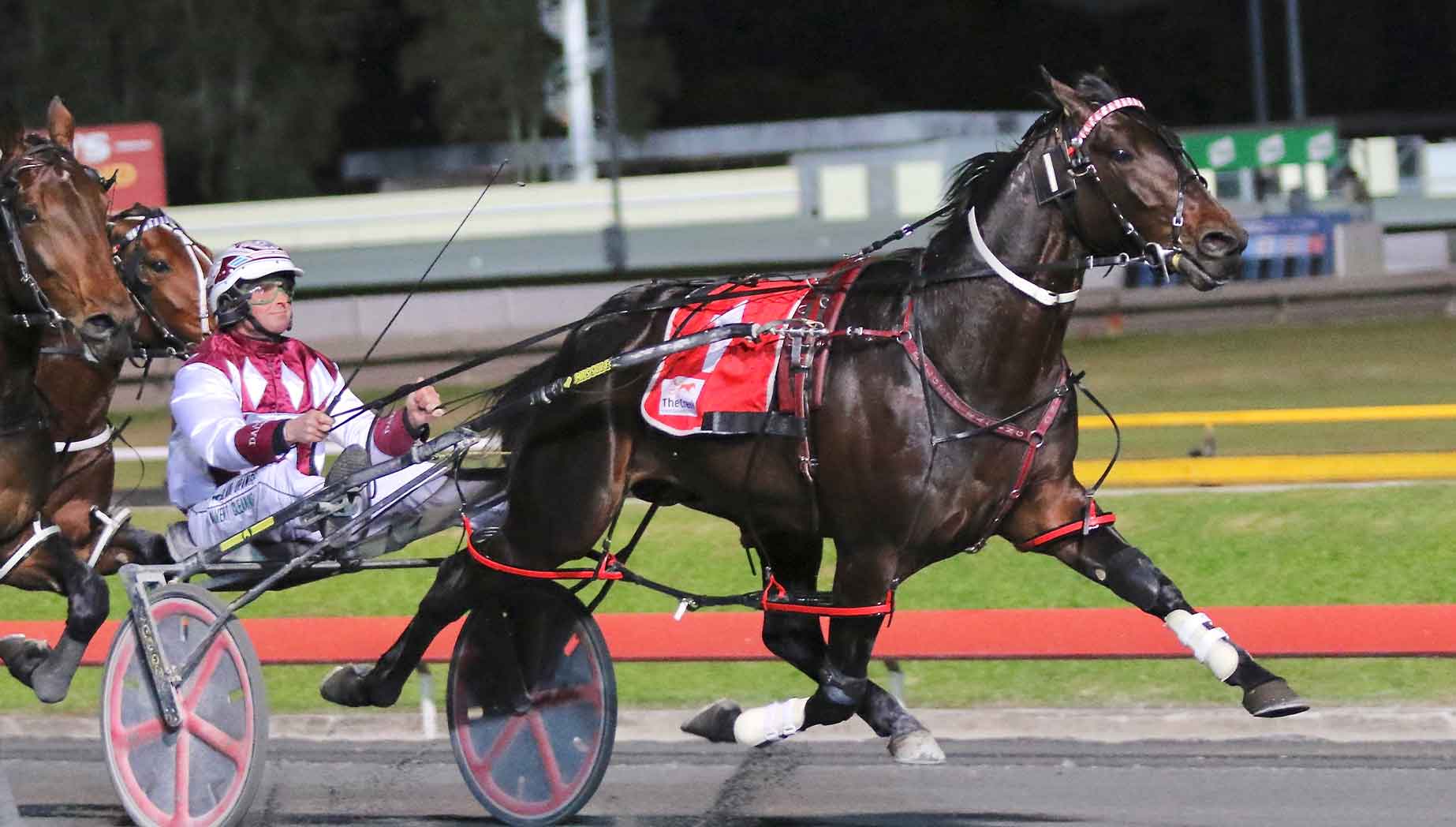 Trainer Cran Dalgety is adamant Krug has one last big Grand Final in him this campaign.

And he’s not fazed by having to overcome a back row draw in Saturday night’s $100,000 Group 1 Queensland Derby at Albion Park.

This will be New Zealand’s most exciting young pacer’s 20th start in the past 13 months, with the only short break coming around Christmas time.

Despite the arduous schedule across both islands of NZ and now in Australia, Dalgety expects Krug to be “as good, if not better than ever” this week.

“A mix of the warm weather here and the fact he’s one of those horses who thrives on racing has him in a great place,” he said.

“I tossed-up racing him last week, but he’s had the two runs here and I thought giving him the two weeks into this was the best way to go.”

Krug boasts terrific early speed so most felt a front row draw would be crucial, but Dalgety is actually relieved with the back row.

“If the emergency comes out, we start from two-out on the back row and follow out American Dealer, who begins well and should give us a good trail through. To be honest, it’s a long race (2680m) and I wanted to be out of the early scrum this week,” he said.

Krug, winner of the big NZ/Northern Derby double back home, opened his Queensland campaign with a stunning Redcliffe Derby win then took on older rivals when fourth after leading in the inaugural The Rising Sun last Saturday week.

“He (American Dealer) looks back to his best, but we’ve had his measure in most of the races that matter back home,” Dalgety said.

“Class tends to shine through in these biggest races. Yes, I’m confident this week.”

Driver Anthony Butt drove Krug to win the Redcliffe Derby, but has a commitment to American Dealer this week.

“We know how good Krug is, but American Dealer has really thrived over here and never gone better. I think we can make a real race of it,” he said.

Top Kiwi driver Blair Orange has stayed in Brisbane since The Rising Sun to avoid COVID-19 travel restrictions and takes the reins again this week.

Orange’s night got a further boost when trainer Nathan Purdon booked him to drive millionaire mare Amazing Dream in the Group 1 Blacks A Fake.