Lachie Manzelmann driving at his favourite time of the year For Queensland driver Lachie Manzelmann, the six week period of TAB Trot Rods is his favourite time of the year in the sulky.

The 22-year-old had great success in the opening Trot Rods campaign two years ago – holding the leading time for much of the series with Dashing Hannah – before they were eventually surpassed on the last night of racing by With The Band.

It is only early in the 2022 edition of the popular 947-metre racing series but Manzelmann leads the way again with Kay Crone’s Schooby following the first two heats for this year.

The gelding stopped the clock at 66.7 seconds in the opening heat on Wednesday evening at The Triangle. 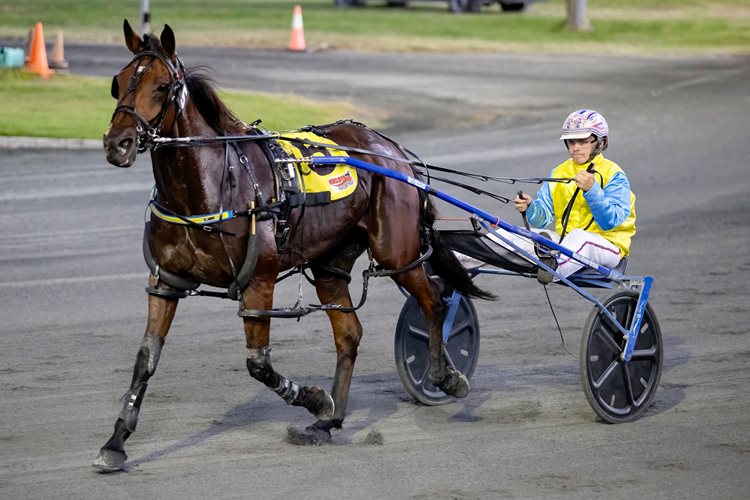 Last year’s champion, Adam Crocker, claimed the series in 63.7 seconds and while Group 1-winning driver Manzelmann is happy to hold an early lead, he is realistic Schooby’s time is likely to be bettered in the coming weeks.

Regardless, the victory was significant for the Crone stable, who own and prepare the veteran pacer.

“There are higher graded heats to come in the series so it might be difficult for him to hold on and win it, but everyone takes the heats when they can get them,” Manzelmann said.

“That was a $7,000 race on Wednesday night, for a horse like him to win a race for that money, he would not be able to win a race at that value if not for the Trot Rods concept.

“He has put his name in there, they might beat his time quickly next week or not long after, but still in saying that, he was quicker than the other heat on Wednesday night.

“The money being there for horses like this, he would not have raced for $7,000 in his life, so it is great the owners can take advantage of that.”

Manzelmann, who is the son of leading provincial thoroughbred trainer John, looks forward to heading to Redcliffe every year for the Trot Rods series.

For trainer Clint Petroff, he partnered Dashing Hannah to win the sixth heat at Redcliffe in the 2020 series and while they held the speediest time for much of the way, they were rolled on the last night of competition.

Manzelmann jokes that his results in the series had been feast or famine before Wednesday night, driving three winners and having two gallop from just five opportunities over the years.

What he likes about Trot Rods the most is the unknown around if each individual horse is going to appreciate the shorter trip, with most stables not knowing until their pacer is thrown into the deep end.

“It is actually my favourite time of the year,” Manzelmann said.

“I have had good success in it over the years.

“You only have the one lap so you need to make your moves and you cannot think about things, you just have to do it.

“I reckon they are awesome races to be a part of.

“Everyone tries to throw their hat in the ring, everyone is out there to win and everyone goes hard.”

The victory for Schooby was the 11th of his 121 start career.

It was the first leg of a winning double for Manzelmann at Redcliffe on Wednesday night.

The second of the two opening heats for 2022 was claimed by the Graham Dwyer-trained Left In The Wind.

Competing in Trot Rods for the first time in her career, Left In The Wind won in 67.90 seconds – driven by last year’s winning reinsman Pete McMullen.

Dwyer has other pacers from his stable he will look to run in heats in the coming weeks.

The Triangle will host weekly heats each Wednesday, culminating in a finale night on Wednesday, May 25, which will be isolated to 10 Trot Rods races and showcased on SKY 2.