The night highlighted by the second running of The Rising Sun will always be a momentous one in the career of talented reinswoman Narissa McMullen.

The 27-year-old captured her maiden triumph at the elite level that night, with trotter Global Flight landing the Darrell Alexander Trotting Championship.

And, while it all came to a head at Albion Park in front of a big crowd during the carnival, the breakthrough Group 1 triumph had been coming for some time.

McMullen’s partner Matt Elkins – a driver and trainer in his own right – feels her first Group 1 level win has been in the making for the past 24 months.

In that time frame, the harness racing couple has developed its own training property on the outskirts of Brisbane, which has led to a rise up the standings.

McMullen is ranked inside the top seven for drivers and trainers in metropolitan racing this season.

And, to claim a maiden Group 1 triumph for McMullen – as well as owning, driving and training the trotter – Elkins felt it was imminent before the 2022 carnival.

“It was not just a one-night thing, it has been two years building up towards something like that,” Elkins said.

“It has been a big build-up of a couple of years, more so our whole careers, working towards the first Group 1 for Narissa.

“Once I saw on the board that she had won, I was very proud and it was a good achievement for her.” 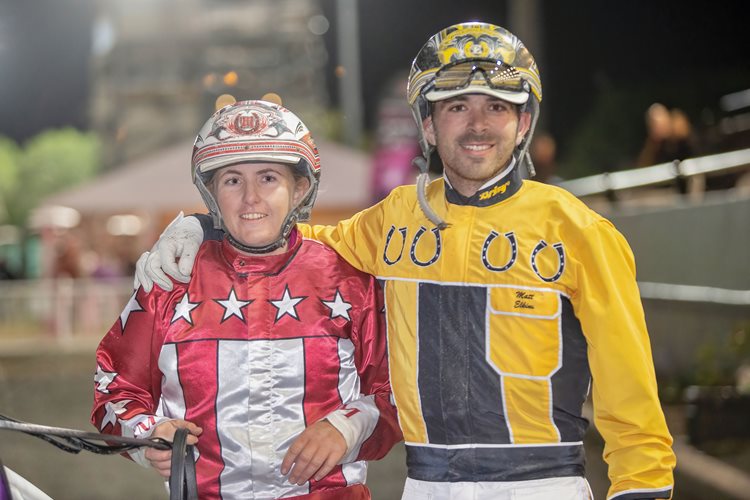 The 25-year-old Elkins did cheekily suggest to his partner that a career pinnacle like this was just around the corner for the long-time participant, whose family was steeped in harness racing history.

“When we were going to the track one night I said to her that it was about time she won a Group 1 I reckon,” Elkins said.

“It was pretty fitting that it was one of her own that she purchased and found herself not long ago.

“To train him and have him ready for the night, it was awesome for her.”

Elkins himself is inside the leading four drivers in the Sunshine State this season across all three tracks.

While they are a solid team on the track, McMullen and Elkins have also bonded more so working together, day in and day out, at their new property at Coominya, about 85km west of Brisbane.

“It is not always easy having a relationship when you work together all the time but I think it definitely has made us stronger,” McMullen said.

McMullen is a lady of few words at the best of times but has been overcome with emotion following the Kiwi-bred gelding’s win in the 2647 metre feature. 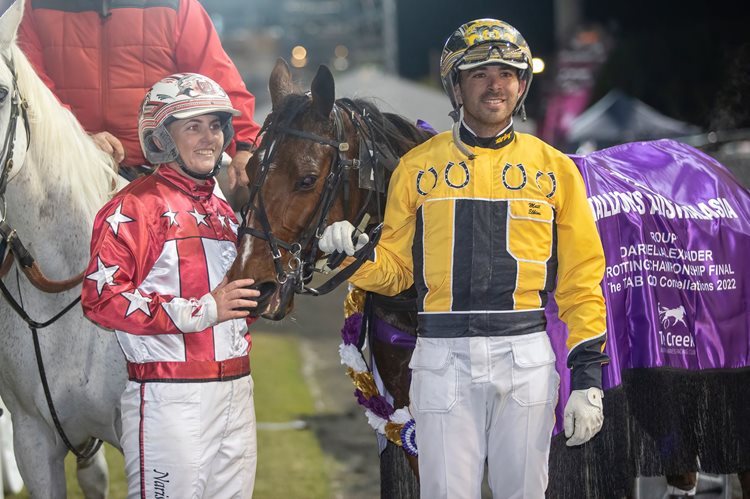 The Majestic Son gelding had been a revelation since McMullen purchased him from NZ, winning three of his four starts before the annual Darrell Alexander Trotting Championship.

“It was amazing, it is something you dream of and it was really a dream come true,” McMullen said of her maiden Group 1.

“I sort of was not expecting it – it took a little bit of time to sink in – but once I got back to the presentations, I was quite emotional.

To win a major race like that so soon after arriving in the Sunshine State even surprised his new owner.

McMullen thought he might win a few races eventually, but he has most certainly exceeded expectations in his opening campaign.

When looking at the Kiwi’s form back home, McMullen liked that he trotted well and had good manners, which had transferred well to his time in Queensland.

And, she thinks he has enjoyed the warmer weather, which has helped him settle into his new environment.

“He takes a bit of work, I have worked him pretty solid since he has got here and he has just kept improving all the time,” she said.

“He is very laid back and is a lovely little fella to have around.

“You could not like him; he is a lovely little horse and fitted in straight away.” 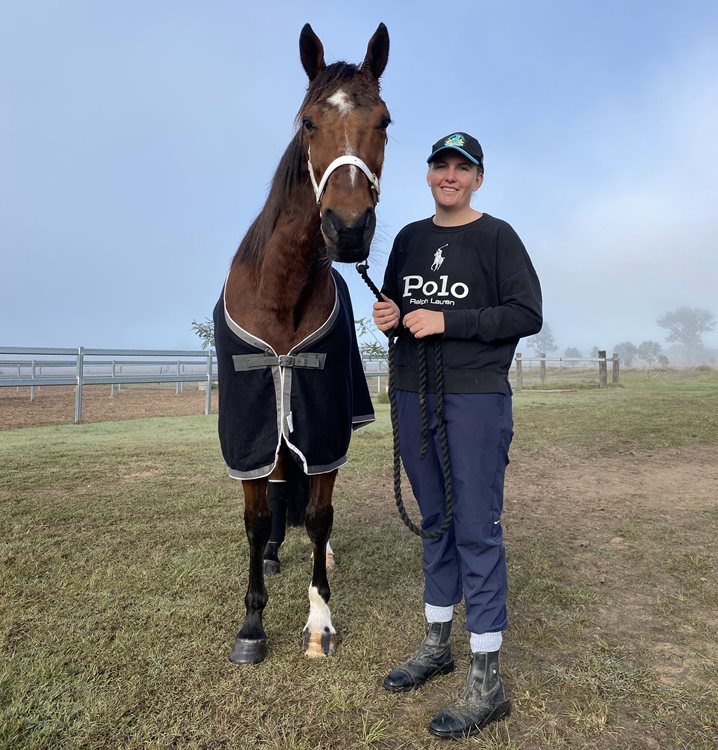 The team goes in search of their second Group 1 of the carnival this Saturday evening in the Queensland Trotters Cup.

McMullen says her trotter likes to have the speed on so he can follow it and finish over the top of them in the finish.