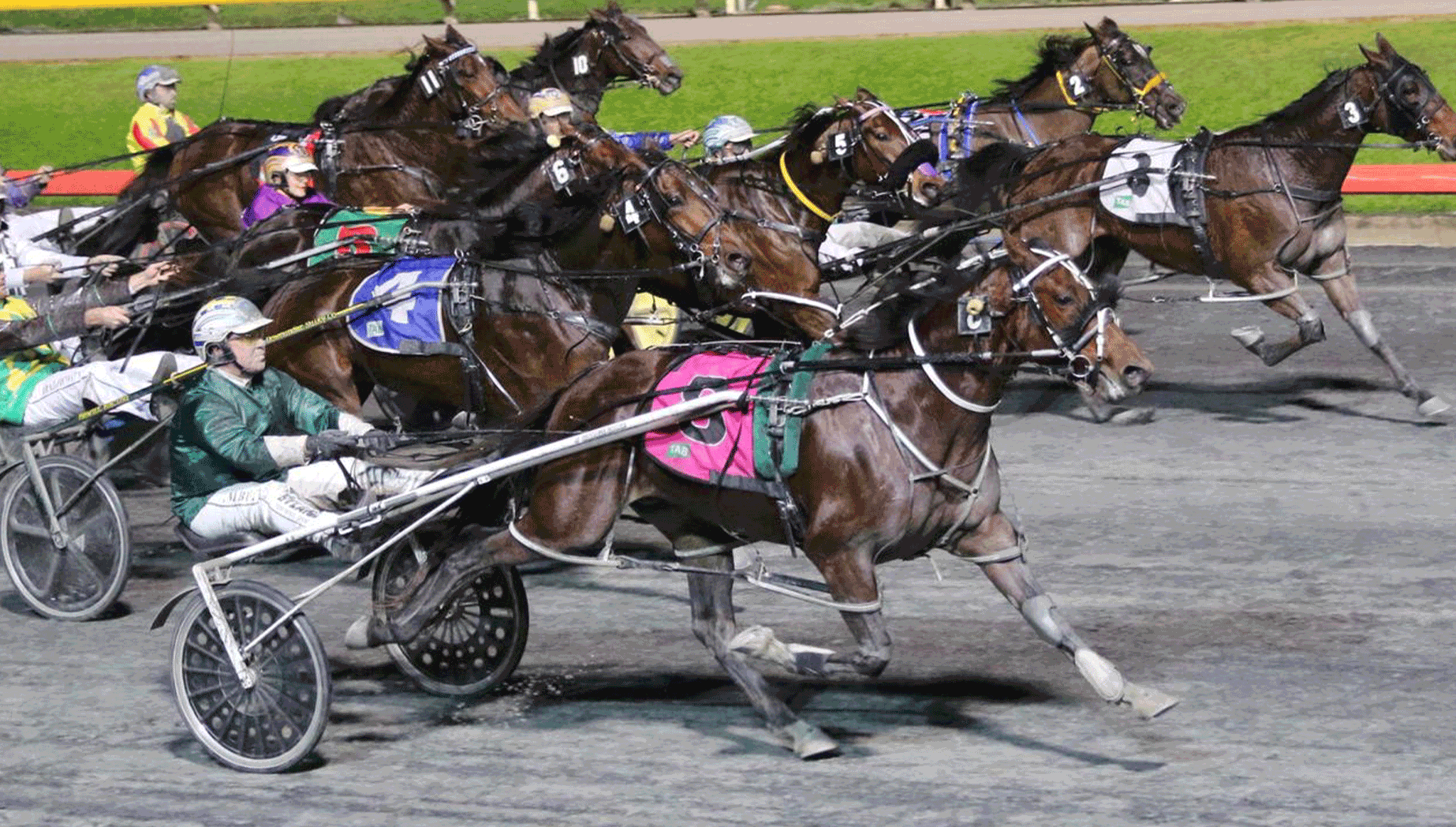 Catch up on the week’s harness racing action in our weekly review, thanks to Darren Clayton. Photo: Dan Costello

In terms of a name, it is fitting that Amazing Dream took out the inaugural The Rising Sun. 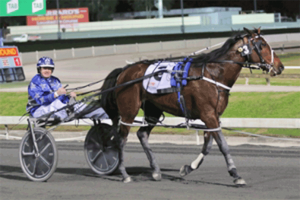 Saying the victory was a dream moment for the father/son combination of Nathan and Mark Purdon would be an understatement.

Having been arguably the greatest trainer of standardbreds over the last 20 years, it was a rare occurrence for a ‘holidaying’ Mark Purdon to simply take the reins, as Nathan Purdon sets about forging his own destiny here in Australia.

There may have been some luck in the victory, but there is a hefty argument that the harder you work the luckier you get, and the win of Amazing Dream has come with a lot of hard work along the way.

The early stages of the race were always going to be a critical moment in how the entire race eventuated and that was exactly the case.

Kowalski Analysis looked to be generating some real speed out of the machine but went off-stride not long after and the pre-race mappers had plans distorted within 200 metres of the field being released.

While there was only the most minor of effect of those trailing through behind the breaking runner, it allowed an opportunity for Mark Purdon to dart in behind the leader Krug.

That decision would ultimately be the winning move, despite 1900 metres still left to run.

With Krug in front and Copy That moving forward to get to the wheel of the leader, Luke McCarthy then made his move with Expensive Ego to get around and sit parked.

The field would remain in that formation until swinging for home.

Angled to the passing lane, Mark Purdon urged Amazing Dream home to score, with the only mare in the field tasting victory and eclipsing the $1 million stakes barrier in claiming her 21st career success.

The win was the second Group 1 victory for Nathan Purdon at Albion Park, having claimed the 2016 Blacks A Fake with Ohoka Punter when also driving the entire to victory.

With better luck at the barriers, the junior Purdon could have some more silverware to add on his northern raid as Spellbound heads to the Golden Girl.

Slammed with gate seven on Saturday night, the mare chased hard in holding on for third behind Fame Assured in the Fleur De Lil Ladyship Stakes.

An electric opening half of the last mile in 54.5 seconds set the race for a swooper and Grant Dixon took full advantage in bringing he daughter of Mach Three with a well-timed run to arrive.

King Of Swing continued his dominance with an effortless victory in the Mr Feelgood, putting the result out of question early, with the race being for the minors once the six-year-old found the front with 1600 metres left to run.

The other feature of the night was the Paleface Adios Classic, with Teddy Disco adding another victory to his brief career, charging home to score a stylish win.

With the previously unbeaten Dangerzone finishing in third, Teddy Disco can now stake claim to being the best of the juvenile boys in Queensland.

Colt Thirty One was again brave in defeat when finishing runner-up behind King Of Swing, eight metres in arrears of the country’s best horse.

Despite finishing second, the win fortifies the mantle that ‘Chester’ is still Queensland’s best horse after being forced to do all the work in the run.

Having a good look in the early stages at Ellmers Image, the lead was not on offer, however King Of Swing was soon waved on by, leaving Colt Thirty One exposed for almost the entire trip.

Although never an electric beginner out of the mobile, the barrier gods have never really been in the corner of Chester, the six-year-old facing plenty of wide and second line draws in his career.

That has meant that he is forced to work hard in the run on plenty of occasions and not get to use one of his best assets, his close-out speed.

That swooping speed has been used to effect with previous wins in the Victoria Derby and Blacks A Fake, yet in the past 12-months, like it was again on Saturday night, it was nullified when forced to do the bullocking work.

On the cusp of becoming the latest million-dollar earner in the sport, it would be only fitting that a victory would be the method in bringing up the milestone.

He may have been denied a victory on Saturday night, but the second-place prizemoney has moved him to within sneezing distance of the seven figures.

Colt Thirty One will now likely head to the Sunshine Sprint needing just $869 to become another QBRED millionaire.

Chalking up 100 career driving wins was a recent milestone for Chloe Butler, and the daughter of Jack and Tara has added another significant milestone to her CV this week.

Recently taking out a trainer’s licence following her 18th birthday, Butler recorded her first training win at Redcliffe on Thursday with Our Ultimate Bondi.

Having taken over the gelding in mid-June, the son of Somebeachsomewhere was having its fourth start under Chloe’s care when successful in strong fashion.

Butler also took the winning drive, content to sit outside the leader after rolling forward from gate five before pulling clear to claim the win.

It proved to be a day of firsts for the family, with Amanda Turnbull also scoring her first ever Redcliffe victory when successful later on the card.

Despite over 2,000 driving wins at a huge number of tracks around the country, the win of Sand Blaster was her first victory at The Triangle.

After the successful afternoon at Redcliffe, Butler did not have to wait too long to register her second training victory.

At Marburg on Sunday afternoon, Mega Star arrived in the closing strides to claim another family moment.

Trained and driven by Butler, the four-year-old gelding is also owned by Chloe’s mum Tara, with the win his eighth since taking ownership of the son of Mr Feelgood.

With the guidance of such strong family influence and already well on her way to a promising career in the sport, Chloe Butler is now a name to now watch out for in both the training and driving ranks.

A recent addition to the Doug Manger stable, Handsome Harry has wasted little time in setting about returning some of his purchase price.

With only ever a couple of horses in work, a space became available in the team to join Ideal Tiger and it was not too long until a deal was struck to purchase a Bettors Delight gelding out of the deep south of New Zealand.

The five-year-old arrived as a three-time winner, including a last start victory at Ashburton.

Given some time to acclimatise, a standing start heat, and final series was added to the Marburg program and the first race start for Handsome Harry was pencilled in.

Driven by Leonard Cain in the heat back on June 27, the gelding was sent around to sit outside the leader and proved too strong in claiming victory.

With two weeks until the Final, the five-year-old was not seen again until Sunday.

Again, with Leonard Cain taking the reins, it was almost a similar run as Handsome Harry was put into the contest from his 10-metre handicap in the middle stages.

Asked to work hard in the run once again, the result was the same as the gelding was able to claim victory and remain undefeated in two Queensland starts.

Mixing training with his kilt making business, it is a team approach for Doug and wife Karen in getting the horses to the track in top shape.

Displaying a deft touch with his small team, the winning prizemoney might now be spent in sourcing another horse for the stable, with an unfortunate incident sidelining Ideal Tiger for now.

The Rising Sun may have set, but the TAB Constellations are still shining bright with another huge night of action this Saturday at The Creek.

Night two of the Albion Park portion of the carnival will see three Group 1 races decided, including another new race on the calendar, the Golden Girl.

As the name suggests, it is for the mares run over the 1660-metre trip and will be one of two races at the elite level on the night over the sprint course.

The other is the Garrards Sunshine Sprint, the race where the current track record was set back in 2014 by Im Themightyquinn.

Complementing the two pacing Group 1 events will be the Darrel Alexander Memorial for the square-gaiters, the only elite feature event for the trotters on the Queensland calendar.

Across the week, Albion Park will host three meetings, the regular Tuesday afternoon and Friday night fixtures along with the huge Saturday night card.

While Wednesday night and Thursday afternoon will see action from Redcliffe in a week where five meetings are scheduled for Queensland.