On an evening when Garrard drove four winners – including the last three of the program – the emerging reinsman and R Eleven Art set the new benchmark in Trot Rods 2022 on Wednesday night.

In the opener, the 18-year-old travelled behind the leader over the nippy 947-metre trip before heading through the inside alley to stop the clock at 64.64 seconds.

R Eleven Art’s performance ousted Whostolemypigeon – trained by Ben Battle and driven by Nathan Dawson – as the previous leader in the popular series from The Triangle.

Prepared by the Darren Weeks and Kylie Rasmussen team, Garrard has always thought the three-year-old colt had a bright future.

‘We have always sort of liked him, Darren and Kylie have liked him the whole way along,’ Garrard said.

“He has done a good job. 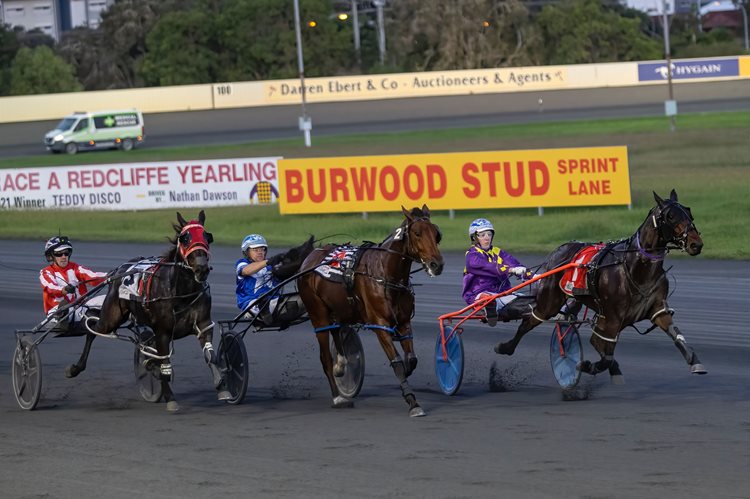 “He certainly has the ability but it sort of I think it was about trying to sharpen him up and he was really good on Wednesday night.

“The stable have been really big supporters of me from early on so I cannot thank them enough.”

R Eleven Art was having his first start in the one-lap race concept after previously being targeted at feature juvenile races, running second in the Group 1 Redcliffe Yearlings Sales Series 2YO Final last year.

Garrard, who is third in the drivers’ premiership this campaign, has taken over the duties in the sulky this year from Rasmussen with the colt and thinks the zip around Redcliffe will be helpful looking ahead into 2022. 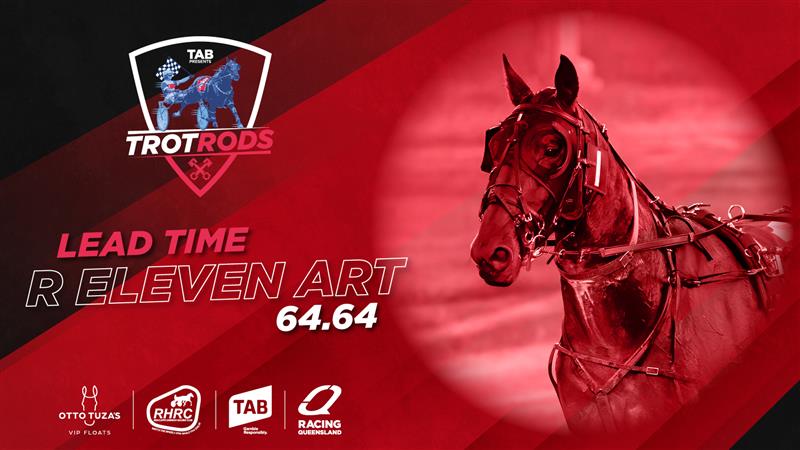 “He can go back to the longer races now and that might help him travel a bit because he is pretty casual, as he was super sharp on Wednesday night,” Garrard said.

“He was really good, had they had gone faster and he was following a faster speed, I think he definitely could have posted a faster time.”

Trot Rods will culminate in a finale night on Wednesday, May 25, which will be isolated to 10 Trot Rods races and showcased on SKY 2.

Garrard is hopeful the Weeks-trained pacer can hold and claim the prize but is wary of a few higher classed horses that may emerge across the program.

“There is always a chance this time will hold on but there are some higher graded races to come in the finale night,” Garrard said. 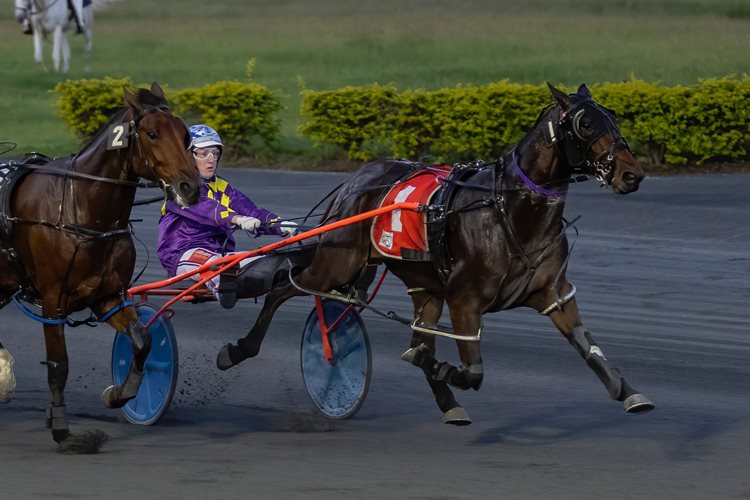 “I would not say he can’t win, but it will just depend on the draws and who turns up on the last night.”

Mister Hart, for trainer Melissa Kendall, claimed the second heat on Wednesday night but could not set a faster time than what was already posted.

Garrard will be joined by Adam Sanderson, Taleah McMullen and Nathan Dawson driving on the finale night of Trot Rods after the quartet were voted in by harness racing fans recently to compete on the show-piece evening.

Leading interstate driver Cam Hart will round out the five drivers competing across the night.